The 15 Ailments of the LDS Church (With a hat tip to Pope Francis) January 1, 2015 Gina Colvin 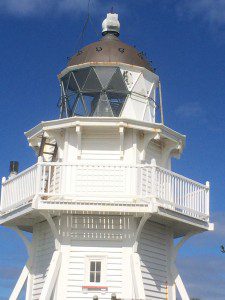 While Mormons are asked to, required to, strong-armed into ‘sustaining’, not questioning, obeying etc. every male above their own station (including it would seem the invisible worker bees in Church Administration), in the Vatican Pope Francis recently delivered a stinging rebuke to those who govern, administer and manage the Catholic Church. And everyone but the Roman Curia is doing a slow clap.

Pope Francis publicly catalogued 15 ailments of the Catholic church administration and the high level officials who surround him. As a result Pope Francis has been lauded globally for his willingness to follow the example of Christ in raising hard questions for the religious elites. And I think his rebuke  has global and theological relevance. With that in mind I have reworked his critique to fit the Mormon context:

15 Ailments of the Mormon Curia

A church that imagines itself to be beyond criticism and doesn’t admit its ills and wrongs and doesn’t take advice or questions well from all parts of the LDS community in order to improve itself – is a sick body.

Rest, in particular for ward leaders who have done their work, is necessary, good and should be taken seriously. Bishops in particular should take an annual break, and holidays from the regular church services around local holidays ought to be scheduled.  A paid local administrator could be employed to take away some of the administrative burden that is largely borne by those who already have busy lives, families and careers.

It is dangerous when those in church governance, administration and management – particulary property and financial managers and church lawyers – forget that religious adherents are subscribing to a higher transformative cause. A church hierarchy that thinks they can settle this need by trafficking spiritually impoverished and poverty stricken religious discourse is suffering from a decline in human sensibility – a sensibility that would otherwise cause those in the church hierarchy to cry with those who are crying, and celebrate with those who are joyful.

Preparing things well is necessary, but don’t fall into the temptation of trying to conform so utterly to the General Handbook of Instructions and the often contextually and culturally uninformed opinions of church officials, that we lose freedom of the Holy Spirit, which is bigger and more generous than any human plan.

5. Working as a patriarchy, without sharing power with women is like an orchestra that simply produces noise.

It is ultimately self-defeating “when the foot tells the hand, ‘I don’t need you’ or the hand tells the head ‘I’m in charge.”

We see it particularly in church administration that the people who ‘manage’ the church have sometimes forgotten their encounter with the Lord. We see those who consult only with policy, and hierarchical instruction  become enslaved to the tide of managerial feeling and institutional ambition.

7. Being rivals or boastful.

When one’s position in the organisation, or one’s ascent in the church becomes the primary objective of life.   When one seeks to make the right connections, press the right flesh, quote the right people, bury their legitimate concerns in order to curry institutional favour we usually see a spirit of unhealthy religious competition.

It’s the sickness of those who live a double life, the  fruit of hypocrisy that is typical of mediocre and progressive spiritual emptiness that ascent to high positions in church administration cannot fill. It’s a sickness that often affects those who have have lost contact with the reality and the social contexts and concerns of concrete people.

9. Committing the ‘terrorism of gossip.’

It’s the sickness of cowardly people who, not having the courage to speak directly, talk behind people’s backs, and form opinions of them before seeking  deeply to understand their concerns.   This sickness is catalysed by the church’s edict that Mormons may have opinions but may not express them publicly.   This leads to a community climate of back-handedness, polite sabotage, shunning, anonymous and vile comments on message boards, and the fear of speaking frankly of ones concerns and issues.

It’s the sickness of those who court, clamour at, and stand in awe of General Authorities, and Apostles, wave handkerchiefs at Presidents of the Church and relentlessly bellow about the importance of sustaining and following their ‘leaders’. They are victims of institutional ambition and opportunism, they honor and idolize people who aren’t God.”

11. Being indifferent to others.

When out of fear and jealousy, the church and its people find satisfaction in seeing people excommunicated and disciplined rather than seeking to understand and engage with those whose opinions or ideas that might challenge the knowledge or the position of those in the upper levels of the church.

When out of ignorance or class and cultural superiority they look down their noses at those who don’t conform to the standard white middle-class, university educated American, heterosexual right-wing conservative nuclear family.

“In reality, theatrical severity and sterile pessimism are often symptoms of fear and insecurity. The apostle must be polite, serene, enthusiastic and happy and transmit joy wherever he goes.”

When the the Corporation of the President tries to embolden the church’s moral authority by accumulating material goods, property and assets, not because the organisation needs them but because the ‘church’ will feel more secure if they do so. When the Corporation of the President doesn’t correct harmful, undoctrinal discourses on tithing because the church having more is deemed more important than an individual or a family’s need to eat – this ‘wanting more’ is a disease.

14. Forming ‘closed circles’ that seek to be stronger than the whole.

This sickness always starts with good intentions but as time goes by, it enslaves its members by becoming a cancer that threatens the harmony of the body and causes so much bad.   Closed circles that have formed around ‘First Families’ and polygamous pioneer stock with high positions in the church who continue to congratulate themselves that the growth of the church over the years is thanks to them and their forebears, are encumbrances to the vitality of the church and the enrichment that diverse voices can and should bring.

15. Seeking worldly profit and showing off.

It’s the sickness of those in authority who insatiably try to multiply their powers through courting reward systems in the church that privilege those ascending the ecclesiastical ladder with better cars, better rewards packages, better classes of international travel, better grades of paper, larger offices etc. It’s the sickness of a church that tries to multiply its powers through property acquisition, property development and bureaucratic bloating while starving the people of the necessary resources that they need to run the church well.

Thank you Pope Francis, and Happy New Year to you all!

January 18, 2015 How loving the church can get you hated by the church
Recent Comments
0 | Leave a Comment
"Spencer I would tell you to google what they're doing in the relief space and ..."
Winston McCarthy Hoarding the Sacrifices of the Ordinary
"For tough times? This was made a year ago. Has the Church donated billions in ..."
Spencer Hoarding the Sacrifices of the Ordinary
""Kiwimormon" So called intellectuals are pretty ignorant. May 2021 Gates couldn't save their marriage. How ..."
Once were warrior Hoarding the Sacrifices of the Ordinary
"The BoM account in Alma 63 doesn't mention the destination of those "ships", indeed, whoever ..."
Douglas Self What ever happened to Hagoth?
Browse Our Archives
get the latest from
Latter-day Saint
Sign up for our newsletter
Related posts from KiwiMormon