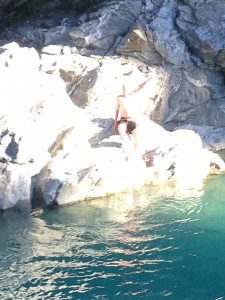 It has come to my attention that there are some members in your Stake who have been openly expressing their concerns, their doubts, and their critiques of the church. One of them even has a blog and has shared their posts with other members in their ward.  I understand you have received a number of complaints from concerned members who are worried about the effect these so-called discontents are having on the testimony of faithful members.

I also heard that you have been very worried about what to do. I thought I’d drop you this note – as a friend.

In a Facebook group I belong to I recently asked what leadership callings the group members hold or have held. There were dozens and dozens of Relief Society, Primary and Young Women Presidents, high councilors, counselors on the bishopric and yes, even Bishops and even more bishops’ wives. The weight of their church leadership experience was palpable.

Then among my own Facebook friends I asked where missions had been served. I received almost 150 responses representing former missionaries from all over the world who had served on almost every continent, spoke numerous languages, and had given collectively over 260 years of service.

I won’t bore you with a list of reasons for doubt, questioning and loss of faith.   The fact is (as people are discovering) the church hasn’t always behaved well, and instead of admitting and repenting of this behavior it has consistently equivocated, told stories, excused, silenced, invisibilised and even excommunicated whistleblowers  for saying anything that might damage the church or the ‘faith’ of its members. Perhaps you could be accused of this habit – you know – going to bat for higher ups when they didn’t deserve it;  holding your tongue when you should have spoken up; refusing pressure from your managerial line  to act in a certain way that you weren’t entirely comfortable with but did anyway because you got scared.

I’m sure the excuses for this kind of spiritual bullying feel valid – but the thing is – they aren’t. What you may be party to has a name – its called ‘Noble Cause Corruption’.  Noble cause corruption is the practice of  excusing poor and even unethical conduct as having a noble end. Noble cause corruption is the belief that ‘good intentions purify bad behavior’ like for instance; polygamy;  racism; the unequal treatment of women; the support of unjust war;  the spiritual and physical abuse of LGBQTI folk; cultural imperialism; secrecy with respect to church finances; and extraordinarily unhealthy affinity with the extreme right etc.   I’ve heard all of these practices and policies excused time and again because apparently they  derive from some heavenly intention – thus, there is no need to retract, or repent.

And this noble cause corruption runs right alongside the habit of plausible deniability. Plausible deniability is the practice of higher ups denying knowledge of an action that they might have facilitated or encouraged. If you have been an older sibling you’ve probably done it yourself causing all kinds of trouble for your chubby cheeked smiling toddler sister who has her mouth filled with illegal chocolate contraband acquired at your insistence.

These habits of prevarication and lack of transparency are typical of extreme religions. They often have a depravity or two to hide, or they have a nepotistic leadership system, or a partiality for institutional bootlickers, or they can be characterized by authoritarianism. In Mormonism’s case one of those most profound and troublesome depravities was and continues to be polygamy. This practice, supposedly hailing from the Gods turned the religion from radical reform Christian millennialism and suffused it with habits of secrecy, paranoia, misogyny and white patriarchy and  its concomitant suppression of information. And the only way to manage a population under those conditions is to do so with heavy sanctions for whistleblowers and social shunning for those who raise questions or act outside of the cultural norm.

But these days the institutional church cannot stem the traffic of free information or halt the online gathering and the ensuing discussion of Mormons from all corners of the globe who are sharing a wealth of information  held back by the church for generations. As someone involved in these groups it is important to know that these communities come about because the institutional church and its correlated materials  are barely treading water in this new era and can provide little comfort or support for those in throes of crashing doubt.

So Dear President;  Dear Bishop, let me describe your doubters more fully so that you understand. Without exception they are hurt by a church that preaches and requires full disclosure and honesty of its adherents but have neglected to do the same in return. But being hurt and angry doesn’t make them apostate. Far from it. They are people who for the most part love the church, have profound testimonies of the divine in their lives, have given years of service, have loved, cried with, and have served the heartbroken, the poor and the needy.  They are people who today find it very hard to stay and harder to leave.  And they know stuff;  lots of stuff –  probably more stuff than you do. And I know that that is intimidating because you might think that you ought to know more than they (given your calling)  but you will just have to live with it, do some of your own reading, risk your own religious comfort and jump into this conversation if you want to be an effective minister to all of your people.

There are so many productive and loving things that could be done to assuage the immense hurt many of your own are feeling,  to open a rich discussion about where our faith lies in the face of a church groaning under the weight of its own historical and cultural short comings.

Dear President; Dear Bishop – I know these people. They are good people and they are worth hearing, they are worth accepting and including. I urge you to seek them out and make them your critical friends because when the rest of your stake is bowing and scraping to your every word (in that unhealthy way that even you are uncomfortable with – or should be) that thorn you think is in your side will be the stick you will eventually use to scratch your back.

March 9, 2015
Monogamous Mormon Threatened for Rejection of Polygamy
Next Post

April 7, 2015 Uncritical Lovers: Mormonism's problem children
Recent Comments
0 | Leave a Comment
""Kiwimormon" So called intellectuals are pretty ignorant. May 2021 Gates couldn't save their marriage. How ..."
Once were warrior Hoarding the Sacrifices of the Ordinary
"The BoM account in Alma 63 doesn't mention the destination of those "ships", indeed, whoever ..."
Douglas Self What ever happened to Hagoth?
"There's no certainty that Hagoth himself was aboard any of these ships; nor that the ..."
Douglas Self What ever happened to Hagoth?
"President Nelson would be horrified if he tought people loved him more than Jesus Christ."
Wendy Quirke Weeks 3 & 4: Am I ..."
Browse Our Archives
get the latest from
KiwiMormon
Sign up for our newsletter
Related posts from KiwiMormon