The Spiritual Dangers of Religious Elitism and Secrecy 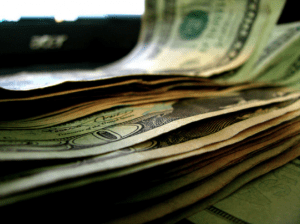 It turns out that the General Authorities of the LDS Church are remunerated in six figures.  By all accounts, in 2014, the base pay was $120,000.  The reason we know this is the publication of a leaked letter notifying someone in the First Quorum of a pay increase.   It’s important to note that this kind of information isn’t made public because the LDS Church is not financially transparent except in countries where it’s a legal requirement.

I’ve tried to get further details on  General Authority perks and payments.  Suggestions included tuition waivers to church schools;  Cars; the payment of property taxes; A clothing allowance…the list goes on and it’s difficult to know,  but what  is generally agreed is that $120,000 is only the base amount.    And it’s hard to apprehend the details because the order of the day around these here parts is  secrecy.

Privacy is one thing;  it allows an individual to exercise discretion over what they reveal.  It rightly gives them boundaries over which they don’t let others stray for their own, and others’ safety and peace of mind.  Secrecy, on the other hand, is the intentional obfuscation of the real state of things.   Secrets are often kept to keep information away from those who might find cause to be inflamed, offended and rightly upset over the truth of the matter. Secrets are rarely healthy.  Secrecy and corruption usually go hand in hand.  As Pierre  de Vos remarked:

“A culture of secrecy is like the bad stench created by cat pee—it is very difficult to get rid of.”

LDS church culture can be secretive.  “Sacred, not Secret”  is how this gets spun.  But  I reckon it’s secret because the hierarchy has ever been fearful of people who know stuff.  Over the generations, they have hidden some important facts and  contexts away, or they have whitewashed, spun, countered, retreated into silence, and have bought a whole media, communications and public relations empire to manage their sanitized messaging.  Occasionally they’ll even excommunicate whistleblowers.  The excommunication of whistleblowers usually occurs a generation or so before the church is ready to face up to the fact that said whistleblower was quite right. There’ll be no apology of course.  The ‘truth’ will just get massaged into the message like it had always been there with a ‘nothing to see here folks’ slap on the wrist for anyone who dares say, ‘hang about! – what just happened?’

I mention the secrecy thing  as a preface to my thoughts on the latest leak about the remuneration of General Authorities.  I want to say firstly that any excuse not to reveal the inner workings of the LDS Corps machinery is morally misguided.   Secrecy keeps people ignorant, and it makes them afraid of the truth.  It builds in folks an unhealthy reflex for blind obedience.   If that’s what the church wants, a thinkless mass of religious flunkies who march lock step to the beat of a corporate drum,  that’s what they’ll get.  It might feel like a win to get rid of the impudent, but it won’t be.  It’ll be a shame, and for every adult thinker, and questioner lost to the church, the church becomes morally obsolete and irrelevant.  We humans need tension, challenge, change and conflict to keep us honest and awake to the world and its tight spots – it makes us go down deep.

In this spirit, I wish to say that I think if that base salary level is accurate, It’s too much.  But we could argue about that until we are blue in the face.    But what I will say, in all honesty, is that it’s hard to hear General Authorities these days.  This conspicuous display of abundance, privilege,  prosperity, elite treatment, patriarchy and brassy culture is part of their not so secret, secret.  And its all a bit of a spiritual turn off. Jesus was a spiritual movement leader, inclusive of women,  who stood against the religious elites who had allowed for the corporatisation of the Jewish faith by the capitalist Roman overlords.  His defiance got him killed.  So trying to hear the message of Christ from General Authorities these days is getting harder for the dinging and donging of all the bells and whistles going off that being a first class church broke Mormon earns you.  I don’t mean to be whiny,  but once I was shouted at, in the Conference Centre underground car park,  that I had to get off the red carpet that marked a path to somewhere high and mighty as the General Authorities who had just attended Conference were driven by besuited chauffeurs to their swanky lunch in the COB.  And  I wondered,  ‘Surely this isn’t how its supposed to be?  Surely?  Its almost as if they get to flaunt their privilege, but because its shrouded in secret, we don’t get to question it – and that kind of double-speak messes with peoples heads.

In any event,  the thing that bothers me most about this is the unpaid service of Bishops, Stake Presidents and Relief Society Presidents, etc., etc.  Our local leaders put in a massive effort to run their wards and stakes with so few resources, tiny budgets, and most often with full-time jobs and families to manage at the same time.

And on that note it appears that while General Authorities get nice fat pay checks, the General Auxillary Leaders (ie the women) get paid a tiny amount in comparison.  I’ve heard from some sources that all they get is gas money.    This leads me to question,  if General Authority service is worthy of  a paycheck why isn’t everyone’s?

And if the argument is that its only part time service then pay them a part time salary.

And why do we have to pay to serve (ie. through tithing), while they get paid to serve (without having to pay tithing)? It just doesn’t pass the sniff test. It’s created a class of church leadership who are paid to be elevated and distinct from everyone else. Its just not spiritually healthy. It has created a elite class and that’s not how Christian community should be lead. It’s unholy.

Jesus was the expression of God, and there is nothing in His ministry that would justify the kind of consumption or the practice of secrecy that keeps that privilege out of public scrutiny.

I just couldn’t worship a God who blesses and sanctions the kind of inequality and classism that secrecy and money produce.  So I don’t! 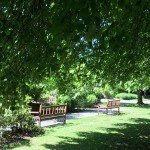 December 26, 2016
On the Sin of Weaponizing Testimonies
Next Post 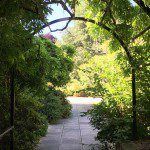 January 16, 2017 When There’s No Turning Back
Recent Comments
0 | Leave a Comment
Browse Our Archives
get the latest from
Latter-day Saint
Sign up for our newsletter
Related posts from KiwiMormon