When There’s No Turning Back 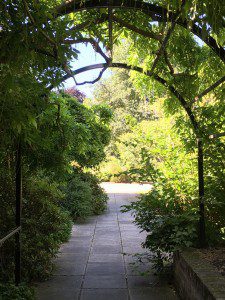 Preface by Gina:  I think I’ve been in what some might call ‘faith crisis’ for at least 10 or more years. I don’t think its unusual for anyone pursuing a religious life to  wonder at the incongruities between history, doctrine, policy and scripture. When I was a Young Women’s President and then a Relief Society President it hit me how rigidly the patriarchy held itself in a defensive posture against change, particularly changes suggested by women, for women. It became obvious in so many ways that I had little power and even less authority in a church where no man is ever ultimately answerable to a woman, but every woman is answerable to a man. It became increasingly difficult to make excuses for a system that seemed more like a product of an overstuffed masculine hierarchy than an outpouring of divine revelation.

Once begun in earnest ‘faith crisis’ is difficult to arrest and impossible to reverse.    The most innocuous of adjustments to our belief systems can infect our perspective enough to collapse the stories that we once lived into as ‘unquestionable. And that in turn collapses everything else.

Because we can’t undo whatever we awaken to through our doubt and questions it must be that growth and change is built into the human condition.  It’s simply in our design.    But ‘faith crisis’  I would argue is not about the death and resurrection of our belief systems as we mature and develop – that to me is simply ‘awakening’.   To me faith crisis better describes our painful encounter with the knee-jerk reaction of the church that is typically not  generous with and  open to  the  beautiful chaos of our spiritual growth.  The church and our families are too often built around containment and control and aren’t fashioned to manage the myriad expressions that our soul’s transformation can arouse in us.  When people are rejected by the ‘church’ or loved ones for questioning its dogmas and practices as a natural part of their becoming, the crisis that arises infects people’s faith.  I don’t think that’s on them, I think that’s on the church. That’s why I take the church to task so often. Faith and belief and the attendant questions and doubts that must accompany both are so tender and personal and it bothers me greatly that few Mormons have the needed capacity in their church wards or in their families to turn their questions and doubts into shared conversations, new insights and sacred challenges to the status quo.

And yet, for all of this, the profound sense that there is more, even in the church that is so rattled with problems right now, has never left me. If anything ‘God’ has been felt more keenly in this tight spot between what rears up in me in defiance because of the long shadow it casts across my soul, and the luminous ecstasy of my encounter with mystery. If the church is true for me, it is because of this one thing. It has always taught me to go deep.

This not to say that I’m announcing my capture by the esoteric and arcane. It’s to say that there is a pivot in this tight spot that is wide open to both the promise of heaven and deficiencies of earth; that is willing to see both the shadow and the light at the same time.  Living graciously with paradox and ambiguity, I am beginning to see is the toran to spiritual maturation.

What follows in this post and several following are shared discussions between me and my friend and collaborator Thomas McConkie.   Many have observed that Thomas and I form an unusual partnership that began on a podcast interview in October 2015. Where I’m all piss and vinegar, he’s all equanimity and serenity. Where he’s all white male, I’m all brown female. Where he’s physically rooted at the geographic and leadership centre of the church, I’m about as far as you can get out at the church’s periphery. Where his training is in Buddhist meditation, my inclination is toward Christian contemplation.   Where he’s seemingly floating in rivers of compassion, I’ve got my fists at the ready on the earth for a fight for social justice.

Yet this unity of opposites has been tremendously productive giving rise to conversations about non-dualism that have informed our several collaborations together. Not that we are carving out new territory and creating new wisdom. Some of what we talk about is ancient wisdom, but how to apply ancient wisdom to the new and somewhat ailing religious orthodoxy that is Mormonism, is wonderfully poised for new articulations.     We are pleased to share these conversations (out of the many Mormons are having with each other all over the world), in the hope that they will offer something by way of a balm for those ailing in their spiritual collapse; For those who are still hopeful (despite the disappointments inherent in organised religion), that there is yet a transcendent more.

GINA: Recently we were in the thick of discussion about the theme for a retreat that we are hosting in February when you suggested  ‘No Going Back’,  and we both lit up with excitement.    The idea of the journey within;  into deeper levels of the self,  exhilarates us both.    However, some folk understandably don’t greet the evolutionary growth, the stirring, and questioning that is so much a part of our human and spiritual becoming with the same enthusiasm that you and I  might have for it.  Justifiably so,  because disorientation and disorder often accompany the journey.  The very idea that there is ‘No Turning Back’ can feel like a death or a loss.   But, once begun there is literally ‘No Turning Back’ – and even that notion – that we can’t return, can be distressing.   So let’s talk about how we can reframe the concept of ‘No Turning Back’ from a process that feels frightening and unwanted, into an exciting vision for what lies before us.  In saying this, I’m mindful of not wanting to be trite and dismissive about the pain that many people experience as they relinquish former certainties, comforts and even relationships.

THOMAS: Thanks, Gina. I’m reminded of a quote from Joseph Campbell at the moment:

“If you can see your path laid out in front of you step by step, you know it’s not your path. Your own path you make with every step you take. That’s why it’s your path.”

Ironically, walking our very own path turns out to be one of the hardest things in human life to do. We want to see our path laid out in front of us so we don’t have to worry all the time. How will I make enough money this year? Are my kids going to be okay? Will my friends and family reject me if they know how I really feel about things? We want to have answers.

For me, the Gospel has always challenged us to go against the grain of this deep-seated need for certainty. To die to the natural man and woman, and rise as as a resurrected spiritual being. Of course, to practice resurrection, we must practice crucifixion as well. Dying to our need for certainty is a painful developmental challenge we seem to be negotiating as a faith community right now. It’s scary to go it alone. But in my experience it can be exhilarating to face the uncertainty together.

GINA: I’m so glad you raised how central change is in the gospel. Yet while there might be ample encouragement found in the scriptures  for transformation neither church nor family are necessarily geared toward nurturing our growth with the kind of grace and respect spiritual development deserves.  Many of us find that we simply don’t have the structure around us to support our spiritual journeying.  In fact we might even face tremendous resistance from loved ones as we self-differentiate.   So I love that you talk about the power of community so optimistically because it checks a common  inclination to abandon the collective because we’ve simply lost trust.   It feels all at once  terrifying, creative and loving to clasp hands with others and admit our yearning to keep going deeper into the mystery and uncertainty of spiritual becoming.

So when we talk about ‘No going back’ it feels to me  like an invitation.

THOMAS: Indeed. I hear you pointing to a tension that is as old as the human journey itself. Namely, we all want to grow, and yet, on some level we all resist the process of growth. We fear the pain we know we will have to undergo in order to truly transform. We all come to say the words, “if it be possible, let this cup pass from me.”

Whatever family we’re from, whatever church we belong to (or don’t), resistance to change and transformation is built into human life.

That is why wakeful, intentional community is so important. There is a growing number of people who are realizing that truly, there is no going back. This moment of growth and self-discovery, while painful, is opening up the possibility of an entirely new life and new personhood. We can tell ourselves the story that if we just hunker down and get back to what we know, we’ll be okay. But that misses the whole point. To grow, we have to enter the unknown. As the Spanish poet Lorca wrote, we must be baptized in “dark waters.”

January 11, 2017
The Spiritual Dangers of Religious Elitism and Secrecy
Next Post

March 18, 2017 Me and The Book of Mormon: It's Complicated
Recent Comments
0 | Leave a Comment
Browse Our Archives
Related posts from KiwiMormon 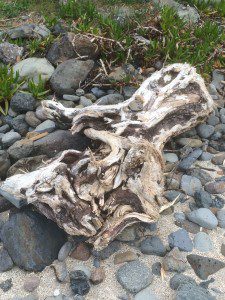 Latter-day Saint
How am I supposed to tell my Jesus...
KiwiMormon