Leaving the Church to Lead the Nation

Leaving the Church to Lead the Nation October 19, 2017 Gina Colvin 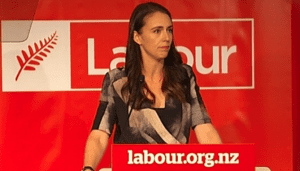 For the last month, New Zealand has been in the grim, dim shadow space between a general election, vote counting and coalition deals.   Tonight it was confirmed that New Zealand First has chosen a deal with the New Zealand Labour Party.   This means that after nine long years of dudebros in suits;  a rising tide of ugly neo-liberal politics;  rising public debt;  rising rates of homelessness;  hospitals that are straining to actually care for the sick, and waterways that have been infected by bovine faeces, we finally have a new left-wing government who are committed to change all of that (fingers crossed really hard)!!!

But, if you know nothing about New Zealand politics that’s fine.  What is really interesting for this Kiwi Mormon blogger, is that our new Prime Minister is a former Mormon.

Three years ago I wrote about Jacinda Ardern’s promising political career and the impossibility of her combining it with her continued Mormon adherence.   Like so many before and after her, she quietly bowed out of the LDS church over its LGBTQ policy (among other things),  leaving yet another space on the pew where yet another bright and talented Mormon woman could no longer sit because of what Ardern called ‘cognitive dissonance’.

Religion should refine our conscience not conflict it.   Our faith should wake us up to the best of ideas for how to ethically and morally attend to the world’s social needs.    Many Mormons know how very difficult it is to balance personal conscience with institutional austerity –  an austerity that has been beating the same gavel on the podium of heterosexuality for too many years too long.  I can assure non-Mormons that making a decision to follow your conscience and leave the fold is no easy thing.

Ardern belongs to a large and well established Mormon family and admits (as many of us Mormons can)  to a happy upbringing in the church.   To be a Mormon leave-taker is immensely challenging at the best of times,  but to leave over a matter of conscience, when your church is wildly out of step with your deep sense of right and wrong,  can be excruciating.  I’ve heard Ardern speak openly about her decision to disaffiliate and even if I didn’t agree with her decision (which I do),  I’d still be pretty confident that this is a woman with immense integrity.

So, tonight I’m doing a happy jig, and our family is woohooing all the way to bed because Jacinda Ardern, a young feminist, socialist, LGBTQ ally, became New Zealand’s Prime Minister-elect.    And I think I’m standing on solid ground when I say that if she was leading Relief Society on Sunday it’s almost for certain that she wouldn’t be leading our country tomorrow. 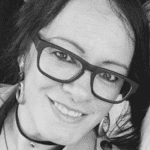 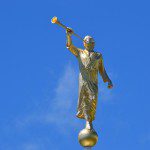 November 15, 2017 Finding a Priestly Response to Faith Crisis
Recent Comments
0 | Leave a Comment
Browse Our Archives
get the latest from
Latter-day Saint
Sign up for our newsletter
Related posts from KiwiMormon