It’s Been Nearly 100 Years Since Kerala Has Seen Flooding Like This August 20, 2018 KP Yohannan

Dr. KP Yohannan Metropolitan reflects on the Kerala flooding in India caused by incessant rains that have been hitting the state since August 8, resulting massive damage and loss of life.

As I write this from our seminary campus in India, I can hear the rain continuing down outside my house, which has miraculously not flooded so far. Monsoon rains come every year, but I have never seen anything like the downpour Kerala is experiencing now. No one I know can remember flooding ever happening that caused so much devastation. The news reports say it’s been nearly 100 years since Kerala has seen flooding like this. Mudslides are everywhere. Floods are rushing down mountains, toppling over trees and destroying everything else in their path. It’s like the ocean is taking over.

Tens of thousands of homes have been washed away from this massive flood—including those homes belonging to the extremely impoverished. Literally thousands have been stranded, including hundreds of families from churches led by GFA-supported pastors. Almost the entire state—with a population of 35 million people—is suffering in this. Airports and train stations have shut down, and we don’t know when they might reopen. Food supply has diminished, and countless acres of crops have been destroyed.

Some are saying that this devastation is worse than a tsunami in terms of loss of homes and possessions. And especially when so many people are living under poverty-level income, one can only imagine the suffering. It’s hard to bear as one watches it continue to worsen.

Hundreds of refugee camps have opened wherever any kind of building is standing without water in it. By God’s grace, some of the church buildings where GFA-supported pastors are serving are even being used as places of shelter.

As always in the areas GFA serves, immediately after the disaster began to hit, hundreds of churches led by GFA-supported pastors launched out with everything they had, bringing food, water, blankets and basic sustenance to as many people as possible. GFA-supported workers have also sent out teams to rescue people who are stranded.

The son–in–law of one older woman rescued by one of our teams was deeply grateful that they were able to get his mother–in–law to safety. He shared how his mother–in–law had been trapped for over a day, and he had not been able to reach any rescue teams to recruit their help. Finally, he reached out to some GFA-supported workers, and they immediately arranged for a team to set out. After struggling for eight hours, and trudging for two hours in neck–deep waters, they were able to rescue not only his mother–in–law, but her neighbor and a little 9-year–old child as well.

In a similar way, the government has been sending in teams by boat and helicopter to rescue the stranded and to bring in supplies for relief. And we are doing all we can to mobilize and support relief efforts for those who are suffering. Even so, it is all like a drop in the bucket in light of the great need.

There are patients pouring into the hospital run by our field partners, which is the only hospital in the state that has not yet been flooded. We have no explanation as to why it has remained dry, other than the absolute grace of God. The doctors and nurses at the hospital are working around the clock. Even the students studying at the medical college there are all helping to care for the people.

I met with some of the medical doctors on Thursday, and it was the first time I have ever seen doctors cry out of sadness for the people’s suffering. This is a dire situation. But it is also an opportunity for us to show Christ’s compassion.

Friday, I visited two camps where those who have been displaced by the catastrophic flooding are staying. I was able to meet with and pray for many. We were able to provide basic necessities such as clothes, towels, bedsheets and toiletries that can help around 500 families. Our teams have been helping everywhere we can and will continue to do so in the coming days.

The reality is this: The floodwaters may go down in a few weeks as the monsoon season comes to an end, but rebuilding lives in the wake of this catastrophe will be a difficult task. Even putting up simple huts for these people will take a minimum of one to two years.

Please keep Kerala in your prayers—both the victims of the flooding as well as our brothers and sisters and all those who are helping to bring relief.

You can visit our website to stay informed about the situation and to see how you can pray and help.

See how you can pray for and help the flood relief efforts.

Read a synopsis of what’s happening. 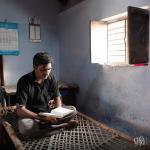 August 16, 2018
What Does it Mean to Correctly Handle the Word of Truth?
Next Post 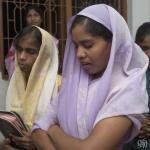 August 22, 2018 Where Do We Get the Faith to Move Mountains?
Recent Comments
1 Comment | Leave a Comment
"keep Preachin Jesus is Coming Back He sees Our work"
brother in Christ He is Looking for You
"Amen, Dr. Yohannan. The gospel is the most important thing there is, and we believers ..."
Eileen Six Days in a Ditch
"Amen and amen brother Jesus has call us to continue his work on this earth ..."
Marie God’s Purpose for You
"Amen."
Eileen We Must See the Real Jesus
Browse Our Archives
get the latest updates from
Living in the Light of Eternity
and the Patheos
Evangelical
Channel
POPULAR AT PATHEOS Evangelical
1