What Does Faithful Service Look Like—Practically?

As followers of Christ, you and I are called to be servants—of God and of mankind. And when we think about the fact that it was not a man but it was the Living God who called us into His service and who has made us responsible over His work, we realize what a privilege it is that we have been given. More than that, we realize the magnitude of the responsibility. This ought to make us the most faithful and committed people in the world. 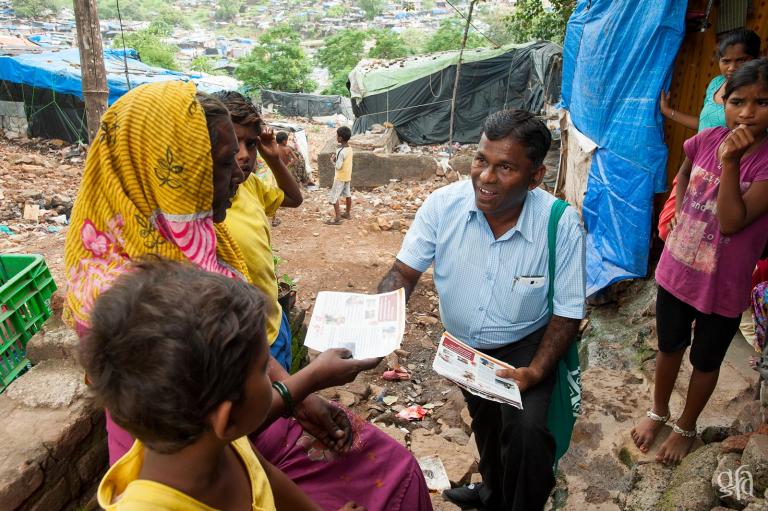 How can we not wake up early, focused and intent on serving, when we are in the service of the Lord Himself? Especially when what we do impacts the lives of people who are in great need?

Yet it is so easy to not even think about these things and to live our lives just like everyone else.

How Should We Live?

Maybe it would be good to ask ourselves: How do we go about the ministry opportunities the Lord has given us? Do we arrive late, or cut corners, or treat the work with less seriousness than we would treat other work?

I cannot emphasize enough the seriousness of integrity in our work and the way we conduct things when no one is watching or questioning us. God sees when we remain faithful in these things, and it pleases Him.

I am not saying you should start working every day at five in the morning and not stop until ten at night. The issue is that your life itself is an offering given continually to the Lord, as He demands it. Serving God is not employment. It is not an eight-to-five job. It is a privilege.

Therefore, “Whatever you do, do your work heartily, as for the Lord rather than for men, knowing that from the Lord you will receive the reward of the inheritance. It is the Lord Christ whom you serve” (Colossians 3:23–24).

The Faithfulness of David

Why did God choose David to be the king of Israel? One reason is that when nobody was watching him—not his father, not his mother, not his brothers—he was faithful with his work.

When he was out there in the wilderness watching over his father’s sheep and a wild animal approached, he did not say, “What can I do? I’m just a small boy and my stronger brothers aren’t here to rescue the sheep. I’ll just climb a tree and watch, even if the animal destroys part of the flock.” No, David went after the wild animals, killed them and saved his father’s sheep. 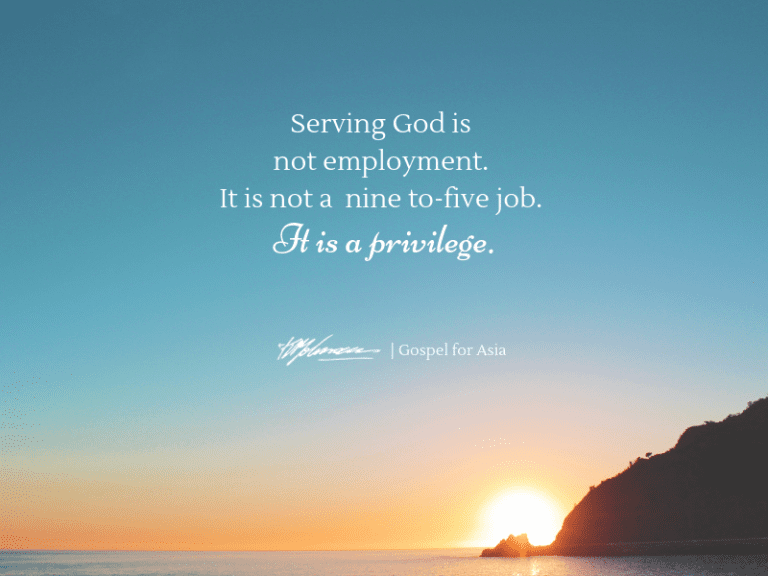 He was faithful with his task. Even though there was no one looking over his shoulder to see what he did every minute of the day, he understood the importance of walking in integrity before His Lord.

We must live with the same understanding and let it direct the way we spend our day and do our work.

My brothers and sisters, we are not our own:

Honor God in Daily Decisions
Today, choose to be a faithful steward of your time and work. Make the most of each day and the opportunities God has given to you. 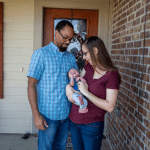 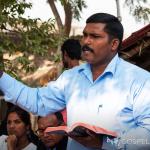 January 14, 2019 How Do We Tell Where Our Dependence Lies?
Recent Comments
3 Comments | Leave a Comment
"keep Preachin Jesus is Coming Back He sees Our work"
brother in Christ He is Looking for You
"Amen, Dr. Yohannan. The gospel is the most important thing there is, and we believers ..."
Eileen Six Days in a Ditch
"Amen and amen brother Jesus has call us to continue his work on this earth ..."
Marie God’s Purpose for You
"Amen."
Eileen We Must See the Real Jesus
Browse Our Archives
get the latest updates from
Living in the Light of Eternity
and the Patheos
Evangelical
Channel
POPULAR AT PATHEOS Evangelical
1