Apparently not vexed enough by her husband’s report of “the latest Hobbit monstrosity,” Mrs. Darwin watched the 2oo8 film, Brideshead Revisited. “I thought I had been angry,” she writes. “I didn’t know angry.”

According to her, the film lies. It has the shell of Evelyn Waugh’s story, and borrows a word here and a touch there, but it replaces the layers, depth, and humanity of the novel with unsubtle didactic melodrama. Think I’ll pass. On the movie, anyway. But I won’t pass on the opportunity to ask the first installment of “Mindless Monday Question”:

What movie adaptation of a book left you the most angry, frustrated, or disappointed?

Feel free to expound the sins of the movie in the comments. 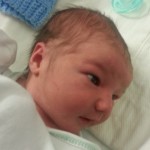 January 14, 2015
Radical Dependency: A Newborn's and Our Own
Next Post 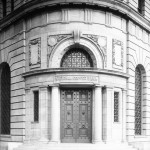