In ‘The Force Awakens,’ Star Wars Takes a Tragic Turn 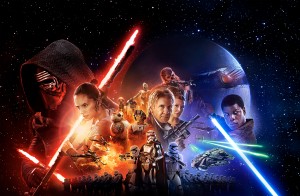 Yes, in many ways The Force Awakens plays it safe, but the filmmakers deserve credit for making an extraordinarily bold move: turning Han, Leia, and Luke into tragic figures. Tragic in the classical sense. Great people who have fallen from grace. No, they haven’t joined the dark side, but they’ve freely forsaken one another. They chose to become estranged—to allow tragedy and grief to tear them apart. Consequently, from start to finish, The Force Awakens has a deep undercurrent of heartache, sorrow, and regret.

Luke, who once trusted the love between his father and himself above even the guidance of his Jedi teachers, abandoned his closest friends and apparently the Jedi project. He despaired and gave in to the Jedi detachment that he had always rightly rejected. Han left Leia to become a smuggler again. He’s old, desperate, deprived of his falcon. And not at the top of his game. The characters we’ve long loved are no longer together and no longer happy. And it sucks.

And then their lives get worse. Much of movie’s plot matches A New Hope, but Han’s attempt to reach out to his son mirrors Return of the Jedi. Except, where Luke’s trust in familial love brought Vader back to grace, Han’s appeal pushes his son away. Kylo Ren kills his father, hoping to kill the temptation he feels to rejoin the light. The estrangement is now complete. Maybe. This isn’t a repudiation of Luke’s decision. Sometimes doing the right thing doesn’t work, although Han’s very last act of fatherly affection and forgiveness may work its magic later in the series. Or it might not.

Either way, Han and Leia will never be reconciled, not fully anyway. That old hope is lost, and it’s heartbreaking. But then we see what to me is the most moving scene in the film: Rey and Leia embrace after Rey returns without Han. The camera backs out, and we see these two women, apart from the larger group celebrating victory, finding solidarity in their grief. I admit, I got a little teary. And then, of course, Rey departs to find and reach out to Luke.

Star Wars has always been about reconciliation, but The Force Awakens took a big risk to tell the old story. Han, Leia, and Luke are the ones who need reconciliation, and it won’t happen for all of them. Now, tragically, there will always be a rift, and regret, even if there will also be hope.

Amid all the fan service, The Force Awakens is the most morally sophisticated of the Star Wars films. It’s the saddest and the funniest. It may be my favorite. 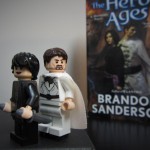