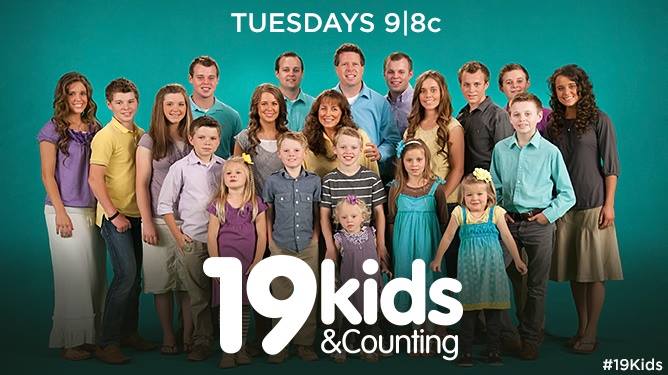 There’s an old saying that ministers should preach with the bible in one hand and the newspaper in the other. These days the saying might be modified so that the hand that used to hold the newspaper now holds a smart phone with its Facebook feed open. This week, Facebook feeds have been full of news about America’s favorite dysfunctional weird relatives, the Duggar family of reality TV and conservative political fame. Revelations that the eldest son Josh molested his sisters and other girls broke this week (though rumors have been rampant on the web for a long time), bringing forth predictable defenses of Josh Duggar from political, religious, and cultural allies, lots of schadenfreude from those who are inclined to dislike the Duggars, and round condemnation from those with functional senses of decency and justice.

It was in my own Facebook feed that I saw a friend share the Duggar family’s official statement on the matter. It was a jarring moment; it’s rare to see reality stars break through the fourth wall of television, even in social media, and it was surprising to see that some of my Facebook friends were sharing the statement as evidence that the matter had been handled correctly. Of course, the matter hasn’t been handled correctly; by all accounts the investigation was abandoned inexplicably and charges were never brought. The statute of limitations is now expired.

As I read through that official Duggar statement on Facebook, I began to think of a story from the gospels–and this is why you are reading this on a lectionary blog. I began to think of Matthew 19:16-22, Mark 10:17-21 and Luke 18:18-30, which is one of my favorite stories from the New Testament. I like it because it gives us a glimpse into Jesus’ own ways of interpreting scripture (or, at least, it gives us insight into the ways the gospel writers portrayed Jesus interpreting scripture). This is the story of a person (he’s a ruler in Luke, more ordinary in the others) who comes to Jesus with a question. “What must I do to inherit eternal life,” the man asks? An excellent question indeed. So far this exchange is unremarkable; it’s easy to imagine lots of people coming up to Jesus with this kind of question. But it’s the way Jesus responds to the man that has caught my attention for years now. “You know the commandments,” Jesus says. “You shall not murder; You shall not commit adultery; You shall not steal; You shall not bear false witness; You shall not defraud; Honor your father and mother.” Many commenters focus on what follows, where the man affirms his piety, and Jesus asks him to sell everything he has and follow him. But that’s not what’s interesting to me. What’s interesting to me is how Jesus is interpreting the Decalogue (the Ten Commandments).

Those of you who paid close attention in either Sunday School class or math class will notice something amiss here. There are ten commandments in the traditional formulations of the Decalogue (which is why it’s called the Decalogue), but here Jesus only cites six. Why? Does he not know the rest? That seems unlikely. Did he get cut off mid-sentence? That seems unlikely too. What’s going on here? Jesus must have been intentional in the way he cited these commandments to this man.

We can see something important if we look at which ones Jesus cites and which ones he doesn’t. Murder, adultery, theft, false witness, fraud, and familial piety–these are the ones Jesus cites, and they are the ones dealing with other human beings. Meanwhile, the ones Jesus leaves out are the ones dealing with God: no other gods before me, no graven images, don’t take the Lord’s name in vain, and honor the sabbath. Jesus is telling this man who wants to inherit eternal life that he needs to honor and respect his fellow human beings. He seems less concerned with the man honoring and respecting God; presumably God is durable enough not to be notably injured by this man’s slights. What’s important, Jesus is emphasizing, is our behavior to each other.

What does this have to do with Josh Duggar? I was struck, both in the Duggars’ statement and in other commentaries online, by how much the rhetoric of this event centered on Josh Duggar’s repentance and God’s forgiveness of his sin. But as I read those accounts of his contrition and reformation and reconciliation with God, I found myself shouting (inside my head) at my computer: THIS MAN DID NOT SIN AGAINST GOD. He sinned against several young women, in serious and irreparable ways, and so in some ways I find his apparent forgiveness by God to be irrelevant. When asked by the man how to inherit eternal life, Jesus emphasized our relationships with each other, not with God. It is not God who is most injured by our actions–it is our neighbors, our friends, our brothers, our sisters.

To be fair, the Duggars’ statement, especially Josh’s portion, emphasized that he had “sought forgiveness” from his victims and that they had received counseling. I do not know Josh Duggar and I do not know these women, and I wouldn’t presume to speak for them or speak to the nature of their relationships then or now. But the loudest voices I hear speaking about these cases of abuse are emphasizing Josh Duggar’s repentance and the power of God to forgive him, and I can’t help but think that if he had gone to Jesus for forgiveness the way this young man came to Jesus asking about eternal life, that Jesus would have told Josh Duggar to turn around, walk back to his sisters and the other young women he had hurt, and spend his life making amends to them in whatever meager ways he could. Because it wasn’t God that Josh Duggar injured, although surely God is injured in the suffering of all of God’s children. But it was those girls Duggar injured, and it is from them that any atonement and absolution must come.

So it is with me, and so it is with you. None of us would want our worst moments aired in the public eye like this, and none of us would want something terrible that happened to us to be spread around and chuckled about in snarky blog posts. All of us fail to embody these six commandments; all of us fall short of our calling to love our neighbor and care for each other. Not all of us have done what Josh Duggar has done, but most of us would have been sent away by Jesus as insufficiently devoted to our fellow human beings. I’m typing this on a computer made halfway around the world by people doing work I would never do for pay I would never accept; our casual disregard for the other is not limited to the ways we directly hurt people. We would all do well to think about these six commandments, consider the ways we live our lives, and seek forgiveness from those we have hurt. 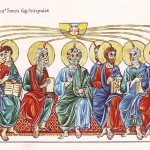 May 18, 2015
Labor Pains and Dry Bones: The Lectionary for Pentecost
Next Post 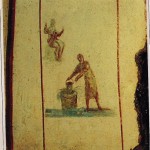 May 24, 2015 Seraphs, Storms, and Being Born: The Lectionary for the first Sunday after Pentecost
Recent Comments
8 Comments | Leave a Comment
""Stark seems to reject this claim–that there was once a time when a great variety ..."
Garrett Debunking the Debunking: A Review of ..."
"Very interesting. Books like this are in the category of "pot calling the kettle black". ..."
MdeA Debunking the Debunking: A Review of ..."
"Eric: Thank you for your review of Rodney Stark's book.Would you be able to recommend ..."
Clarke Morledge Debunking the Debunking: A Review of ..."
"Those are the most ridiculous interpretations of the parables of Luke, I have ever read.The ..."
Arlene Adamo Lost and Sinful Things: The Lectionary ..."
Browse Our Archives
get the latest from
Progressive Christian
Sign up for our newsletter
POPULAR AT PATHEOS Progressive Christian
1