Agency and Depravity: The Lectionary for the Fourth Sunday after Pentecost

Agency and Depravity: The Lectionary for the Fourth Sunday after Pentecost June 6, 2016 Eric Smith

What It’s About: These are both stories about the abuse of power and the use of subterfuge to achieve aims. In both cases, kings desired something that did not belong to them–in Ahab’s case a vineyard, and in David’s case a woman–and in both cases they employed murder to get it. In 1 Kings we get the story of the plot itself, and how Ahab was convinced by Jezebel to set the plot into motion. And in 2 Samuel we get the aftermath–the part where Nathan goes to David and challenges him because of his behavior in the murder of Uriah. Together, these stories plot out the progression of selfishness and even evil–from the act of coveting to the consequences of our actions.

What It’s Really About: One theme that runs through much of the Hebrew Bible is the critique of kingship. Kingship is always presented as a compromise, half-measure, and afterthought for the Israelite (and Judahite) people. God’s intention, in the narrative of many of the books, was for God alone to be king, and human kingship is a concession to the people. But this institution, born as a concession and a compromise, is always fraught with conflicted purposes and outcomes. Most of the kings of the two kingdoms were not righteous, as the Hebrew Bible reminds us frequently. Most of them did not do the right things. The few that do come in for praise, like David, tend also to be complicated and troubled people. In these stories, you can see an implicit (and explicit) critique of power, and the ways it corrupts people. This is always the Hebrew Bible’s approach to kingship; it is a flawed institution even with the best of people on the throne.

What It’s Not About: These two stories offer profoundly different visions of the agency of women. Bathsheba, the wife of Uriah, did not possess much agency in her encounter with David; as a subject of the king, she could not have had full power of consent to his sexual advances. She is an object in the struggle between David and his desires; her desires don’t get much voice in the patriarchal and kingly society, and even in the biblical telling of the story. Jezebel, on the other hand, is cast as the chief villain in the story in 1 Kings. She hatches the plot, and sets it into motion, and she is the one who topples the righteous Naboth. It’s worth paying attention how much women’s agency correlates to women’s depravity in the bible; women’s sinfulness is often linked to their taking action. Hold that thought until the gospel story of the week….

Maybe You Should Think About: These are not bad stories to have on hand in this election season. The Hebrew Bible (and its writers and the culture it came out of) is profoundly uncomfortable with power and its abuses. There is a lot to be said, out of that discomfort, to our experience of democracy and government today.

What It’s About: The lectionary has been following the beginning of Galatians for a few weeks now, which is great, because the beginning of Galatians is amazing. Paul is here at his most feisty, as he feels like his back is up against a wall in opposition to those who followed him into Galatia. In chapter 1, we saw a strong defense of himself and his gospel, and in chapter 2, we might–might–learn more about the people who were opposing him. It’s certainly interesting that Paul brings up Cephas (Peter, almost certainly; verse 11ff) in the midst of this defense of himself. And he brings him up in the context of relationships between Jews and Gentiles. It seems that whatever the identity of the opponents in Galatia, Paul felt like they were connected somehow to Peter, or at least to the same arguments that he had engaged in with Peter.

What It’s Really About: There is so much to unpack in this passage. There is the stereotype of “gentile sinners” that Paul engages with in explicit and implicit ways in many of his letters. There is the “justification by faith” language that has proven to be difficult to translate; there is still not agreement over what this phrase means. And there is, throughout it, the question of Judaism and its relationship to the gentiles–presumably Paul’s audience in Galatia. At stake here is the efficacy of traditional Judaism to save gentiles. There seems to be no question that Judaism is efficacious to save Jews–that would have been obvious both to Paul and to people like Peter. But the question was whether gentiles were saved in the same way (through the Jewish law), or in some other way. Paul thinks it’s through some other way–specifically, Jesus and Jesus’ faithfulness–but others probably imagined that Jesus had simply opened the Jewish faith to gentiles. The distinction is both subtle and profound, and it’s probably what had Paul so riled up early in Galatians.

What It’s Not About: This is not a rejection of Judaism. This is the single most pervasive mistake Christians make when reading this passage or Paul generally. Paul does not reject Judaism; he rejects Judaism for gentiles. Because if gentiles simply convert to Judaism, then what was that whole Jesus thing for? Paul understands Jesus as bringing salvation to gentiles in a different way (not the law). But it’s not meant to replace the law and the covenant; it’s meant to supplement it.

Maybe You Should Think About: Pay attention to the pronouns in this passage. Who is the “I?” Who is the “we?” Are there different ways to read this?

What It’s About: This is the story of the woman with the alabaster jar of ointment, who kissed and cleaned Jesus’ feet. Her story is similar to others in the gospels, and the figure of the woman has been conflated with others in history (this is NOT Mary Magdalene), leading to confusion over the years. But taken on its own merits (without importing other agendas or persons into the story), this story is a biting commentary on loyalty, inclusion, and forgiveness.

What It’s Really About: This story is almost an enacted parable; the actions of the persons of the story are important, and they serve to illustrate possible ethical stances. The Pharisee is kind of a control group; he does the right things but nothing extravagant. (In this way the story is structurally similar to something like the parable of the Good Samaritan, where some people do just what is required of them, and others act extravagantly generously). The woman, in contrast, is breaking social conventions and therefore propriety, but doing so in a way that is very self-emptying. She is displaying remarkable openness toward Jesus, something he points out to his host the Pharisee.

What It’s Not About: Pharisees are one of the most maligned groups in Christian rhetoric. The word “Pharisee” has become a synonym for “hypocrite,” and Christians often say the word Pharisee with a bit of bite on their tongue. But Pharisees seem to have been some of Jesus’ closest associates. This may well be a case of fighting with people you’re closest to, instead of people who are nothing like you. Bernie Sanders supporters fight with Hillary Clinton supporters, not with supporters of the opposition party in the Philippines–that kind of thing. We tend to engage most strongly with those with whom we share a lot of commonality. (Imagine Thanksgiving dinner, arguing politics with your uncle). Jesus and the Pharisees were very similar in a lot of ways, so much that some have even suggested that Jesus was a Pharisee. For evidence of this, notice that one has invited Jesus into his home for dinner–that’s not the kind of thing you’d do for an absolute enemy. So try to read this story as a meeting of two allies, who see a few things differently, rather than as a clash of absolute enemies.

Maybe You Should Think About: Notice that the correlation of women’s initiative and sinfulness–as noted above in the commentary on 1 Kings and 2 Samuel–is alive and well in Luke. Agency and depravity are once again linked; it’s not until the woman begins kissing and bathing Jesus’ feet that anyone mentions her sinfulness. 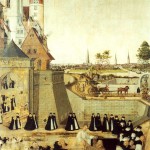 May 30, 2016
Widows and Prophets: The Lectionary for the Third Sunday after Pentecost
Next Post 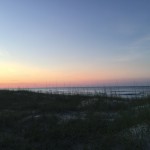