Interfaith Friendships – Not Just for Christmas

“All the heart wants is expanding friendship,” says Rumi.[1]

Last week it was National Inter Faith Week (IFW) in the UK. Having been involved in IFW for a few years now, this year it felt more potent. Created to ‘build good relationships and partnerships between people of different faiths’, there seem to be even more IFW events happening around the country, more sharing of interfaith news and work globally. It seems that these dark times are making us turn even more towards each other in unity and common purpose, a greater realisation that this work needs to be carried by more shoulders, by more organisations, that the need is increasing.

However, the most talked about IFW news came not from a grassroots organisation but a commercial giant. One doesn’t usually associate Amazon with interfaith or compassion. Indeed, the first thing that comes to mind is ‘tax-dodging’. Yet, shockingly, Amazon has made the strongest statement about interfaith friendship and unity with the unveiling of their Christmas advert. Amidst growing numbers of hate crimes on both sides of the Atlantic on the back of the US elections and Brexit, Amazon have launched what is sure to become a Christmas classic in the story of a lovely friendship between a vicar and an imam buying each other presents which turn out to be the same – knee pads to help ease their aching bones while praying.

On the surface the ad is of course promoting Amazon’s Prime delivery service, but the content material is much weightier stuff. I found my usual cynical side melting away and being deeply touched and impressed by the way Amazon had clearly taken considerable time to develop an authentic, appropriate and unsentimental message.

From the very start, you are immersed in quintessential British sounds and imagery – the door bell, the cup of tea. The familiarity of the imam popping over for a chat feels comfortable and normal – look folks, this could be happening next door right now! The near-silent recognition of mundane body aches is a beautiful connection. And when he receives his gift, the imam’s surprised chuckle made me chuckle in turn. The final image of them each attending church/mosque (and putting on their knee pads) was particularly striking. The mirroring as they kneel was made even more intimate as the camera focuses on just the man, with very few worshippers in the background. The lack of others highlighted the connection between these men of God, each in externally separate buildings, yet internally in the same space, the same worship of the One.

Using real men of faith and places of worship recognisable to UK Christians and Muslims, the ad has given voice to countless genuine friendships between people of faith, and strengthened ties between these communities. USA Today reports that this may be the first time that an imam has ever featured in an American ad – not bad for post-Trump blues.

Beyond plugging one-day delivery, Amazon seem to have taken a courageous stance against bigotry and racism. It’s saddening that something like this should be seen as brave, that we live in a world that applauds highlighting basic courtesy and friendship. These relationships need to be the norm, not the extraordinary. But in order for that to become so, we have an obligation and responsibility to shine more light. And there is never total darkness – as the truly extraordinary and recently departed Leonard Cohen says in some of my favourite lines, “There is a crack in everything, that’s how the light gets in.” And these cracks are not just outward, they start inwardly.

It feels that recent events have given the bigots and racists power and legitimacy but we must remember that they didn’t just jump out of an alternative dimension; they have always been here, sometimes disenfranchised and ignored. The struggle is to see them, and work out how to reach out, not ‘other’ them, as we feel we are ‘othered’ in turn. How do we respond with love and compassion? Shams’ words have been with me a lot this year, and I struggle to embody them:

To the best of your ability, look at your enemy with consideration and love! If you go to someone’s door with caring love, it pleases him or her – even if he or she is an enemy – because when he or she is expecting hostility and harshness from you, but instead sees your love, he or she will be pleased.[2]

I can see that when I armour myself against the world, I invite negative relationships. Ultimately, having trust in God and unveiling myself with consideration and love always transforms the situation and opens the door that I expected to remain shut. The challenge is having the courage to be vulnerable and leave the armour behind. But one way that helps is by developing and sharing spaces where we can continuously strive for unity and compassion.

Our local Town Hall hosted its annual interfaith gathering where faith representatives shared readings on the theme of ‘Belonging’, highlighting the refugee crisis and raising funds for Kendal to Calais charity group. Beyond the poems and prayers that were shared, what came across more deeply was the importance of creating these spaces where people from different faiths can just be, witnessing and acknowledging each other and the difficulties we face as communities. It was wonderful to see the different denominations of Christians (I’m learning just how many there are), Buddhists from different schools, Baha’i, Sikh, GreenSpirit, and a local Franciscan community who consider Rumi one of their central teachers (yes, we will be exploring that some more). I came away much more hopeful about our future.

The days are dark, and getting darker, but more people are lighting candles and bringing them closer. Let’s keep our candles burning – Inter Faith Week doesn’t have to be just for a week, and interfaith friendships aren’t just for Christmas.

Rumi’s Circle will be celebrating Mevlana Rumi’s Urs, the anniversary of his death, in December. Celebrations will be held in churches in Manchester, Bradford and London, with poetry on the theme of the ‘Illuminated Heart’, whirling dervishes from The Threshold Society (Mevlevi Order), and music from Latif Bolat and Zeliha Akdan. 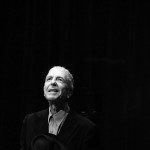 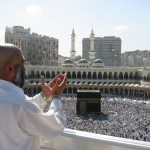 December 12, 2016 Before the Prophet Muhammad (pbuh) Became the Messenger
Recent Comments
0 | Leave a Comment
Browse Our Archives
Related posts from The Living Tradition 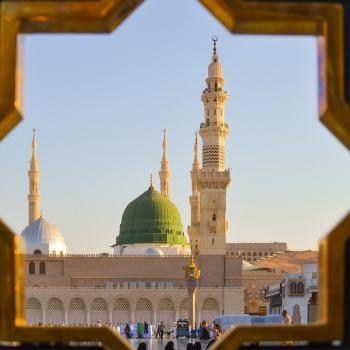 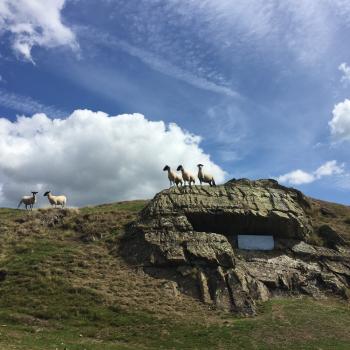 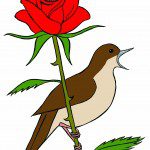