[This review was first published at the original Looking Closer website in 2002.]

The Dish is one of those rare movies that does not aspire to be anything but short, sweet, and good for the heart. Thus, it doesn’t arrive like an “event,” and it leaves not with the hoopla of a blockbuster but with the whisper of a rumor. Those who plan their moviegoing by the Box Office Top Ten, or by what gets advertised on television, will miss it. Those who are paying attention and catch it will tell their friends about it like it’s a valuable secret.

It’s not going to win any awards — it’s biggest recognizable name is Sam Neill (Jurassic Park), in a restrained and understated performance.

It’s biggest special effect is a satellite dish that… well… it sits there, and occasionally swivels gracefully.

The location of the story is in an exotic part of the world — Australia — but Parkes, the small town in which the main characters live, is as nondescript as the dozens of small towns you drive past at 60 mph on the freeway without thinking of stopping.

And that’s exactly the point. The Dish tells the story of a small place, with humble and neighborly people who are blessed with an opportunity to show the world that, although they’re unknown, they’re as important as anybody else. Furthermore, it shows that greatness of Big People is an illusion… that great achievements come about as a collective effort. Neil Armstrong may have taken “one small step”, but he got there by the small steps of thousands of other men.

The story begins in the moon-mission-mania of 1969, on the eve of Apollo 11’s launch. Sam Neill plays Cliff Buxton, the man in charge of the world’s largest satellite dish, which sits in a sheep paddock in Parkes’s humble farm community. Buxton is a man of science who is just beginning to enjoy his work, just starting to open his eyes and look upon creation with wonder. As Apollo 11 lifts off, he and his team of hard-working friends are under great pressure; the whole world is depending on them to properly broadcast images of the first moon landing. Oh, there are other dishes standing by, ready to receive signals from other segments of the mission, but Parkes has the chance to be a part of history by being in just the right place, at just the right time, to broadcast clear images of the first moonwalk.

Sound thrilling? Well, okay, it’s hardly a Big Nailbiter of a plot like an asteroid hurtling towards earth or a horde of demon mummies. It’s not the Summer Blockbuster Cliffhanger most moviegoers are lining up to see. But actually, it’s a much better movie about “fifteen minutes of fame” than Fifteen Minutes. And it’s based on a true story.

Rob Sitch’s movie is a simple pleasure, full of memorable characters and comedy that could only occur under the direction of a patient and observant director. No stooping to crass jokes or shock tactics here.

Sitch gets good performances from his cast, especially Neill and the continually surprising Patrick Warburton. Neill makes Buxton a quiet man haunted with regrets that he was not more awake to the joy of living while his wife was alive and well. Now, in her absence, he silently takes steps that, to me, seemed an awakening of wonder and awe in the face of life’s beautiful complexities. For Buxtom, science is not a tool for selfish intention or for manipulation or power; it is becoming a humble discipline of discovery.

It would seem that the arrival of Al Burnett (Warburton), a lumbering American sent by NASA to double-check the Aussie’s work, would rankle Buxtom’s easygoing style. But watching their relationship is a lesson in the rewards of patience and mutual respect. Warburton is impressive in his own big-voiced way, making Al a Clark-Kentish giant in a business suit; he arrives like a cartoon thug, then slowly, through brief dialogue and subtle hesitations, reveals a fair-minded man with a well-hidden but compassionate heart. In the end, he is pleased merely to observe as Buxtom’s quiet persistence, controlled temper, and quick-thinking guides his team through rough weather (literally) towards a moment that would go down in history.

Rob Sitch accomplishes something with The Dish that is quite admirable. He gives us a story of how people need to be needed, need to be affirmed and recognized, and have every right to be appreciated for their talents, however unglamorous. What is most remarkable is that he does this without ramping up the trauma factor. He does not treat his audience like thrill-seekers. (Imagine this story told by Tony Scott, with a lot of roaring, suspenseful music, shouting matches, death-defying stunts, and wild schizophrenic camera work trying to entertain those with Attention Deficit Disorder.) Instead of grandstanding, Sitch just lets simple, believable, everyday dilemmas arise, like a gust of wind that upsets the signal, or some questionable math that might turn the dish the wrong way. His characters resolve these problems with disciplined work and with courage. It’s the kind of behavior with which viewers might find they can actually relate.

The movie does suffer a bit from keeping some of its supporting characters stuck in their particular comical idiosyncrasies, refusing them the range to behave as believable human beings. And it begins and ends with a wink that’s a tad too sentimental for me. But The Dish gives us far more believable heroes than the sweat-drenched, superhuman, shouting action heroes we’re accustomed to seeing. These aren’t supermen. They’re just men, doing their jobs. And because of their hard work, something marvelous happens. Without swagger, heavy artillery, stunts, or anything like a red-digital-counting-down-nuclear-apocalypse to compel them, some ordinary guys become heroes to all the world.

Makes me want to see more stories like this. What about the second clarinet player in the orchestra that first performed Handel’s Messiah? What about the guys who helped Columbus discover the new world? What about all of the supporting cast members of the world, whose stories might be just as interesting, or moreso, than the Big Names of legend and lore? 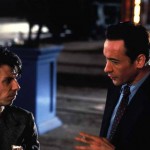 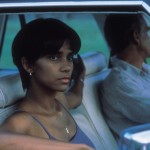