Matthew Dickerson on “The Hobbit” – Part 2 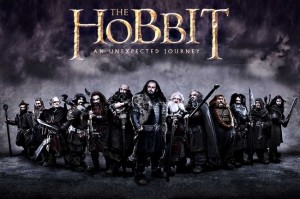 Did you read Part One of Matthew Dickerson’s reflections on The Hobbit: An Unexpected Journey?

If so, enjoy Part Two…

What Have I Got In My Review? My Hands. String. Hopes. Fears. Maybe Nothing.

Last night I watched Peter Jackson’s The Hobbit: An Unexpected Journey.  I went as a fan. I also went as somebody who has been studying and writing and teaching Tolkien for some twenty-five years.  So my disclaimer can be found here, if you want to know the complex state of my thoughts and emotions as I sat in the theatre awaiting the film.

As it turned out, both my hopes and fears were too extreme. As a fan looking for entertainment, the film was for me a mild disappointment. And perhaps because it achieved so much less than I expected, it also did less damage.

Let me start with the good. Martin Freeman was wonderful as the hero Bilbo Baggins. His facial expressions, mannerisms, humor, moments of looking completely lost, and rarer moments of showing real courage, combined for a powerful and moving portrayal. He probably looked less how I have imagined hobbits than like an Englishman of the early 20th century. But that’s entirely appropriate; Tolkien always imagined hobbits to be common Englishmen (except in stature and the hairiness of their feet.) Most of the scenes involving Bilbo were well done, including the Unexpected Party, and especially the most highly anticipated scene of the film: the riddle game with Gollum. Andy Serkis and the CGI Gollum were also well-done (once again). Same with Ian McKellen as Gandalf. And Hugo Weaving was a much better Elrond in The Hobbit.

I was also surprised and delighted by how much variety and individuality Jackson gave to the thirteen dwarves. He made them distinct characters. Some, like Thorin, Fili, and Kili, were more human in appearance and mannerisms. Others, like Bombur, Balin, and Dwalin, were more dwarfish. Some serious and businesslike. Some humorous. Some impetuous. As a company, very engaging and entertaining.

And now for the bad. The word that popped into my mind halfway through the film to describe some of the nonstop action was “silly”. So much of the action—the numerous chases and battles and encounters with trolls and goblins—came across more ridiculous than exciting. It was like a mix of a slapstick comedy (almost Three Stooges-like at times) and an over-the-top video game.  Except, to borrow a description from an insightful review by Alan Jacobs, we didn’t have the controls to the game; Jackson did. Much of it, especially the scenes with the rock giants and roller-coaster escape ride under the mountain, went so far across the boundary into unbelievability that I found myself outside the film looking in, rather than being inside the story experiencing it with the characters.

I could imagine this sort of surreal and at times even humorous nature to the portrayal of violence and danger as being a concession to a younger audience. The goblin king really was well done: big and scary and ugly, and also quite funny. Perfectly appropriate for a film adaptation of The Hobbit and also for a younger audience (although his dying words could almost turn the film into a spoof.) The problem is that many other aspects of the film were quite dark, such as the pale body-builder orc and all the lust for vengeance around that subplot. Or the open animosity of Thorin toward Gandalf almost from the start. Or simply the fact that all the delight of Bilbo’s stay in Rivendell was sucked out. It felt to me at times that the film did not know what it was trying to me. At its deepest core was it The Hobbit or was it the Appendices to The Lord of the Rings? It seemed to want to be both, and thus—in mood at least—it achieved neither.

Jacobs articulated several aspects of my feelings, as did Jeffrey Overstreet in the only review I read before seeing the film. I will not repeat what they said, but will instead return to Tolkien.

One of the central themes of The Hobbit (the book) is what it means to be a hero. Tolkien’s view of a hero as one who makes the right moral choices (despite the personal cost or risk) sharply contrasts with both a classical Greek view and the modern superhero view. (See my recent Huffington Post column on this.) And while Peter Jackson insisted (yet again) on turning Tolkien’s works into an extended battle—even the scene with the trolls Tom, Bert, and Bill becomes a wild sword fight instead of a clever display of wits on Gandalf’s part, and there is far more bloodshed and violence throughout the film than you can find in Tolkien’s books—Bilbo as the hero does remain recognizably himself. Almost. Even on this one thing, Jackson cannot quite leave Sting in Bilbo’s sheath and instead has him twice show his courage by fighting a goblin or orc.

Still, even though Jackson strays time and again from Tolkien’s vision, he seems to at least understand how important that vision is, at least with regard to heroism. For he gives to Gandalf a speech not found in Tolkien’s original, and yet which gets at this beautifully. When asked by Galadriel why he brought the Halfling along on the quest, Gandalf responds with great profundity (though perhaps with as much mere hopefulness as any actually certainly) that Saruman is wrong in thinking that evil can only be defeated by sheer strength; that instead it is the day-to-day acts of love and kindness that really destroy evil.

Likewise, at the the film’s most important moment, Bilbo shows his courage not by showing his strength, but by showing mercy. And that may be the most redeeming thing I can say about this film.

Read my own reviews of The Hobbit: An Unexpected Journey here. 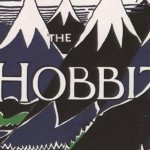 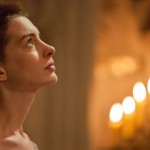 3 responses to “Matthew Dickerson on “The Hobbit” – Part 2”