Do You Ever Dream a Movie? 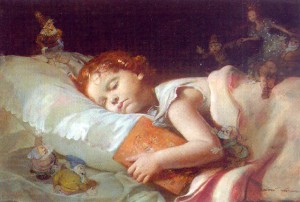 This morning, my friend Bob Denst — a gifted poet who is studying in Seattle Pacific University’s MFA in Creative Writing program, and a new Looking Closer Specialist — sent me this note…

Had a dream that I was watching a new Terrence Malick movie this morning. There was an incredible single shot that started from a very tight close-up of hands that were grinding optical glass through an old machine that acted like a coffee grinder so that the glass could be used as a poultice on a wound. The camera then pulled back and out of the room, moved outside and and over the beautiful surrounding country landscape, keeping just below tree level and gradually increasing its speed. Eventually, it started making a very wide circle in an open, green field, going ever faster until I could feel the centrifugal force pulling at my body. I had to partially wake up so as not to get overly dizzy and motion-sick. Even by Malick’s standards, the spinning seemed a bit much, but it was pretty to look at.

I had to laugh, because a couple of weeks ago I dreamed that I was in a new Wachowski Brothers movie, in which Harrison Ford and I were running through a futuristic high-rise parking garage trying to escape A.I. drones. It was exciting, but I wasn’t scared because I knew that were were just acting in a big-budget movie. But there came a point when Ford inexplicably had vanished (I’d forgotten about him in the dream), and I was seriously running for my life, lost like a Seinfeld character in a Kafka-esque parking fortress from hell.

This made me wonder… how often do people dream about movies?

Do you ever have dreams where you believe you’re watching a movie?

Have you ever had a dream that you’re in a movie?

If so, is is a film you’ve seen recently, or something strange and seemingly random?

I’d love to hear about it. 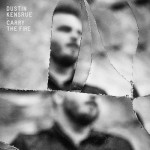 June 3, 2015
Music Rising from the Ruins of Mars Hill: Listening Closer to Dustin Kensrue
Next Post 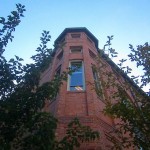 June 6, 2015 Moments of Violence, Then — A Year of Grace and Love
Recent Comments
5 Comments | Leave a Comment
Browse Our Archives
Related posts from Looking Closer

5 responses to “Do You Ever Dream a Movie?”