The Trinity in 3 Inflections: Perspectives on the Triune God

Giving God a story, 4: The fourth of five posts on Elizabeth Johnson’s Quest for the Living God, Chapter 10, on the Trinity.

Elizabeth Johnson has taken us through some adventures and misadventures of the doctrine of the Trinity. She started with Karl Rahner’s and, much later, my suspicion that the doctrine was being understood, if at all, in a way that made it irrelevant to piety. The way to avoid such abstraction, she said, is to start with the experience of the early Christians. They experienced one saving God; that was their Jewish heritage. But they also experienced salvation in the undeniable person of Jesus and in the presence of the Spirit of Jesus and the Father.

Eventually the Church had to develop a doctrine of the Trinity, using the categories of substance, person, and relation that Greek thought made available. It was in no way an explanation of what Christians believed. More like a doctrinal fence around the Church’s three-fold experience of salvation: reconciliation to the Father through Jesus in the Holy Spirit.

The Jews worshiped God with the unpronounceable four-letter name YHWH. Scholars call it the tetragrammaton, “tetra” for four. Most often we translate it “Lord.” This incomparably unique One was Jesus’ God. In Jesus’ life it was this Lord’s action that accomplished everything that mattered. I think of Jesus’ miracles. He did not attribute them to his own power but said, “the Kingdom of God has come upon you.” (Luke 11:20) Johnson notes how Jesus often uses the “divine passive.” Mourners “will be comforted”; believers “will be saved”; to those who knock “the door will be opened.” Especially, Jesus prayed and taught to his disciples to pray, “Hallowed be thy name. Thy will be done.” In every case, Johnson says, it is YHWH God who is the actor. The Spirit too, whom Christians vividly experienced, is “identified [in Acts 5:9] as the ‘Spirit of Lord, that is, the Spirit of YHWH.” (p. 217)

The God of the New Testament doesn’t nullify or replace the God of the Old Testament. The theological inflection “requires that the whole history of God with Israel flow into Christian understanding of the triune God.” (p. 217)

The Christological inflection follows a theme that I have applied elsewhere. We don’t know who God is first and then say, That’s what Jesus is. We know Jesus, including his willing suffering for us, and allow our concept of God to arise from that. Johnson says,

Unlike the name YHWH, which is mysterious … the second inflection identifies God in a simple, fixed, and pronounceable form …. (p. 217-18)

Jesus with the very pronounceable name also uses a name for God that is easy to say: Father.

Johnson doesn’t refer to the Christological hymn in Philippians 2: 5-11, but it seems to apply. This very early Christian hymn attributes to Jesus “the name that is above every name.” I think right away of the tetragrammaton. The hymn proceeds:

That at the name of Jesus every knee should bend, of those in heaven and on earth and under the earth, and every tongue confess that Jesus Christ is Lord to the glory of God the Father.

“Lord” in English (in Paul’s Greek “Kyrios”) is the usual translation of YHWH. I once though that “Jesus Christ is Lord” was the climax of the hymn and that the last phrase about the Father was a kind of let down. It even seemed out of place in a hymn meant to glorify Jesus. But the hymn really glorifies God the Father. It is the Father who bestows on Jesus the “name above every name.” And the ending phrase is the hymn’s climax. Everything about Jesus glorifies God the Father.

It seemed to me that Johnson was giving the Holy Spirit less than due attention in the first two inflections. She makes up for it here, possibly the most innovative part of the Chapter on the Trinity.

Johnson uses analogies to describe the place of the Holy Spirit in relation to Father and Son. It is like the sun (father), the sunbeam (Son), and the suntan (Holy Spirit). Or the spring, the river, and the irrigation ditch. Or a tree’s roots, trunk, and fruit. The Holy Spirit is where the work of the Father mediated by the Son reaches its target in the faith and lives of people. There’s a kind of biblical chronology to them: first the God of the Old Testament, then the earthly career of Jesus, then the pouring out of the Spirit “on all humankind” as the prophet anticipated (Joel 2:28). Nothing in these analogies is really new.

… through the centuries [it] enlists forms of speech characteristic of the discourse of peoples, tribes, and nations….

Theologians of our time sees a multitude of new ways, always in threes, of thinking about the Trinity. They use personal and non-personal imagery. Johnson summarizes several of these and adds two of her own. I include some of them here, with underlining to make it easier to see that each one has three parts. I added some comments.

God exists with an inner life that is analogous to the way God has revealed God’s self to us. We have experienced the affirming, challenging, and freeing movements of God’s actions in the world’s history. God affirms in creating and calling each part of creation good. God challenges through Jesus and his proclamation: “This is the time of fulfillment. Repent and believe in the good news.” And God frees the world from endless, hopeless cycles of birth and death, growth and decay, war and peace, love and hate by choosing a people and nourishing them with commandments and Sabbath rest; by sending the Son, through whom we become friends instead of slaves; and by pouring out the Spirit, which “blows where it chooses” (John 3:8) and does new, unexpected things. Of that Spirit we are born again “in the name of the Father and the Son and the Holy Spirit.”

October 29, 2021
Three Persons in One God: How Not to Remain Silent
Next Post

November 4, 2021 God’s Love Story: Before the Creation of the World until Now and to forever
Recent Comments
0 | Leave a Comment
"Funny how this periscope never made it into the lectionary. Nor into magisterial teaching!"
RPlavo . Jesus Reinterprets the Sabbath and Subverts ..."
"Thanks for your contribution."
fritzpatrick The Tradition of the Elders or ..."
"Think of the perspective of the Pharisees: they ruled from the Seat of Moses and ..."
Ame The Tradition of the Elders or ..."
"Is the date of your article really January 2022 or is that an error? If ..."
the old scribe Poverty and Power – Messiah’s Story ..."
Browse Our Archives
Related posts from Lost in a One-Acre Wood 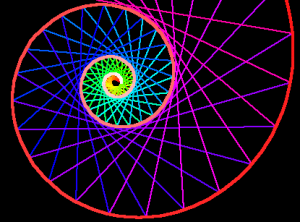 Catholic
God’s Love Story: Before the Creation of the...
Lost in a One-Acre Wood 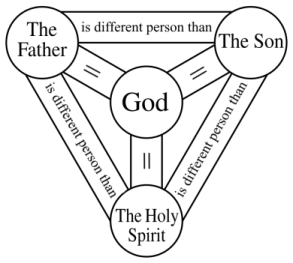 Catholic
Three Persons in One God: How Not to...
Lost in a One-Acre Wood

Catholic
Jesus Reinterprets the Sabbath and Subverts the Social...
Lost in a One-Acre Wood
TRENDING AT PATHEOS Catholic