A New Story to Tell

During my last year of college and my first year of marriage, my husband, Hadi, did most of our housework. He bought our groceries, made our dinners, and did our laundry. I expected this: my father assumed similar tasks whenever my mother was working toward another degree. There was a subversive element to this that I appreciated. Both my husband and my father defied the stereotype of the patriarchal Muslim man; both my mother and I were far from being subservient Muslim women.

Then, quite suddenly, our roles reversed. Hadi and I had planned to attend graduate school together in the upcoming school year, but Hadi’s only acceptance was at a medical school in Mexico. After much back and forth, I put graduate school on hold and moved with him.

Within months, my whole world became cooking and cleaning with the exception of a few hours of part-time teaching. I didn’t know how to translate this turn of events into anything but failure. On visits home, I struggled to explain what I was doing after college to my peers and former professors. Once, when a customs official asked what I did for a living, I paused for so long that she asked me to open up my bags. When I finally realized she was patting down my suitcase in search of drugs, I confessed that I had been too embarrassed to say that I was, for the moment, a housewife.

Incidentally, that same visit home coincided with my great aunt’s first visit from Lebanon. Khala Marie spent her days carefully crafting dishes whose recipes my mother had long since truncated. She ground her own meat, plucking out any remaining traces of white marbling before mixing it with the bulgur that would become her moist kibbeh’s outer shell. She made hummus from dried chickpeas that had been soaked overnight, the translucent outer layer sloughed off each individual bean. She chopped every ingredient for her tabouli by hand. At each step, she’d call me to her side to explain that this is why her kibbeh was leaner, her hummus creamier, her tabouli brighter.

“Learn from me so you can do this for your husband, ” she’d say. And then, dropping her voice to a whisper, she’d add, “Habibti, a man is like a small boy. When his stomach is happy, he is happy. See this beautiful food. You should always have food like this hot and ready when your husband comes home. Decorate it with a tomato or a radish cut like a flower, a little parsley. This way it tastes better.”

Khala Marie’s conventional advice relieved and oddly comforted me. This was my first time meeting anyone from my Lebanese grandmother’s Christian family, and it was eye-opening to discover that they, too, had their share of male-centric ideas. It was also refreshing to meet someone who was not interested in whether I was working or studying. Khala Marie saw value in the things formal education had taught me to discount, caregiving and homemaking. But more importantly, Marie showed me that no matter how much the externals of my marriage mimicked the traditional roles of a breadwinning husband and a homemaking wife, Hadi and I were not the kind of couple Khala Marie imagined. Although we stumbled over who did what around our house, we still strived for an egalitarian relationship.

Then we had children and whatever balance we’d achieved in our few short years of marriage toppled. Hadi had just started his first residency, and his hours were merciless. I was at home all day and most nights with one baby, and then a few years later, two. There was no question of sharing childcare and chores. Hadi simply wasn’t there.

To talk myself out of the madness monotonous domestic routines can inspire, I tried on different stories. Through mealtime, naptime, bath time, and bed time, I told myself that Hadi and I were merely taking turns. I did more housework at this stage in our lives because I was home more. He’d done the same for me when I was in school, and he’d do the same for me if I went back. I tried on the love story, romanticizing serving and caring for my loved ones. I contemplated the thawab, the blessings that God would shower upon me for tending my home. And I willed myself to believe that staying home with our children and all the housework that came along with it was my choice. I was lucky to have this opportunity to watch my children grow up. It was only right that I assumed most domestic responsibilities in return.

But the smallest things would turn these arguments to shreds. When Hadi placed his dinner dish in the sink rather than directly in the dishwasher, or when he neglected to put away his clothes after I had folded them, I was certain that I’d been duped. It was not that I happened to be home more or that I loved caring for my family. It was that I was a woman and as a woman, this house and everything within it had become my job and my job alone.

This script, rooted in gender alone, hurts me far more than any dishes I washed or any clothes left for me to stuff in a drawer. The belief that I was destined for more than housework, that all my daily chores were keeping me from realizing my full potential, ties everything domestic to a lowered self-worth.

Hadi and I still haven’t figured out the juggling act of home, work, and family. Societally, we spin in antiquated arguments about women having it all and not having at all, about women doing too much and men not doing enough. Not only do these tight binaries destine us for conflict, they also do not reflect this modern day reality: our households simply have too much to do and not enough people to do it.

What we tell ourselves about the work we do in our homes matters more than ever. We need a broader narrative; we need new stories that take housework out of its gender-constructs and romantic ideals and into our understanding of what makes a human life. 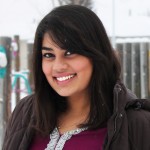 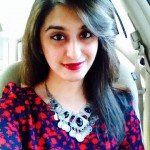 November 19, 2014 (Potential) Adventures in Wonderland
Recent Comments
1 Comment | Leave a Comment
"Beautiful"
Sai Who Mothers the Mother?
"Its depressive to see how young ladies are being forced into marriages, as if the ..."
Ruxx Inno Girl Bachelor
"Salaams Zahra, Wow, that piece is so deep and so honest on so many levels. ..."
S. E. Jihad Levine My Iranian Breakup
"This letter was so heart-felt.... I have been in this place for so many countless ..."
Mickie Love Letter to Single Sisters
Browse Our Archives
get the latest from
Love, InshAllah
Sign up for our newsletter
POPULAR AT PATHEOS Muslim
1