It was my first time meeting a new friend’s spouse. We’d just finished dinner at our place, and my friend and I were in the kitchen, washing dishes and packing up leftovers. Our husbands chatted at the table while our children played in the living room, happy one minute, squabbling the next. After they left, the warmth of their easy company had lingered, and so I couldn’t have been more surprised when the next day, she called me, apologizing. “I am sorry my husband was so quiet last night,” she said. “I hope you didn’t take it the wrong way.”

I hadn’t noticed a thing, but I’d recognized every word she said. I could have said it myself. In fact, I had, many times. During the early years of our marriage, I watched my husband, Hadi, in social settings as if he was on display to the world as the man I picked to marry. I looked at his posture, watched him in conversation, and tried to imagine what people thought about him. Did they think he was a great guy and consider me lucky or did they wonder what we were doing together?

I never considered how my gaze affected Hadi’s behavior; I just watched him and squirmed. If Hadi was meeting one of my relatives in my seemingly endless extended family, I’d lament how quiet he was, how he failed to reciprocate the warmth they showed him. When we went out to dinner with friends, I’d grow restless every time he opened his mouth to tell a story. Such detail in his story telling, such an unnecessary commitment to truth. Just get to your point, my mind would plead. Then, at home, the critique would begin. Some evenings, it was for the silence I worried could be mistaken for rudeness, others it was for the long-windedness I feared could be understood as dullness, and still others, there was his body language, the folded arms that suggested indifference.

After years of this, something finally shifted. We’d settled into our married lives together, and I’d come to accept certain behaviors at social gatherings. At work events, I knew Hadi struggled to find the words to introduce me to people or include me in his conversations, and so I chimed in on my own or quietly listened. But over time, a pattern emerged. Whenever Hadi left my side, someone invariably approached to say, “Your husband is the nicest guy,” or “Just tell me the truth, does he ever get angry?” or “He must be an amazing dad. What does it take to make him lose his patience?”

And eventually it hit me—that Hadi’s quietness in social settings didn’t communicate anything about me and none of the things I assumed it communicated about him. It was just one aspect of this sincere, kind man’s way of being in the world. What I feared people would mistake for awkwardness, they rightfully understood as thoughtful and considerate.

It was a realization I struggled to accept. After all I’d spent an entire girlhood contemplating the future man at my side, a chameleon-like super human, perfect in all settings, funny yet wise, humble yet ambitious, gregarious but sensitive, outgoing but genuine, a man of both letters and sciences. The ridiculous set of contradictions within these traits was completely lost on me because I believed I should be all those things myself. That was the unexpected dark side of marriage; it brought another person into the corners of mind where my insecurities lived, all my striving to be more, all my fears that I was not enough.

There’s a line here that is just waiting to be added to wedding vows. “I promise to share with you all my unrealistic expectations for myself. I will place them upon your shoulders, and, likely, those of our unborn children.” Because, of course, along with the image of the super-husband came the images of the super-children—all matched and tidy and appropriate in every social situation.

Unlike my spouse, who has his own set of unrealistic expectations involving me, our children’s goal is to separate from our story of togetherness and move into their own dreams and aspirations. My daughter was in preschool when she stopped wearing what I picked out for her. Her style was what she described as grown-up clothes. This meant anything made from shiny, slippery synthetic fibers and tops that came with built-in cardigans. If they had a necklace attached all the better.

At her kindergarten open house, she paired one of these aforementioned tops with a ruffle skirt and bright orange socks that she slid into a Target classic—the silver glitter flats with a bow. When I suggested she try a different pair of socks because I wasn’t about to broach the outfit, she replied in a pedagogical tone, “Not everything has to be matching, Mama.”

Albeit unintentional, her statement was extraordinarily apt. As much as I wanted to snap back, “Oh yes, it does,” I had to admit that nothing matched within me either. I was constantly torn between the non-judging, accepting spouse and mother I aspired to be—the kind of woman who never talked down to her children, who never doubted her husband’s social skills or clothes, who could entertain with confidence in spite of clutter—and the control freak that ran amok in my head. This woman wanted to dress, pose, and prop up everyone in her life, this woman struggled to leave the house with a dish in the sink, this woman asked herself, “What will people think?” far too regularly.

That night, at the open house, I fought those mismatched urges. I tried to resist offering the disclaimer that my daughter had dressed herself, as if no one in the room had any parental or professional experience with a kindergartener, but as soon as I said hello to her teacher, that all-knowing voice and nod of the head, that pronoun of ‘we,’ escaped.

“And of course, we dressed ourselves today, and we just had to wear our orange socks,” I said.

My mind immediately relaxed—it seemed to sigh and say, “Phew. We’re good here. She knows I didn’t choose the outfit.” And that’s when I heard what I was really saying, and it had nothing to do with my child or orange socks. It was self-preservation, a cry of, “Please see me as separate from my relationships. We are all so linked that I can’t tell anymore where they start and I begin.”

I knew I was the only one who cared about my child’s appearance enough to keep turning it over in my mind. It was same sentiment I’d reminded myself of time and time again about Hadi, that the world was a more forgiving a judge of him than I was. And yet these moments continued to get the better of me—they peeled back rationality and exposed something raw and vulnerable, the fear that I wasn’t good enough, that the people I loved weren’t good enough, too.

“I am not a matching girl,” my daughter tells me now by way of warning as she shops, but in this regard she has been an excellent teacher. I no longer blink when she uses an entire rainbow as her palette. I just watch her lime green, turquoise, and purple room come together, careful to remember she’s decorating her life, not mine, grateful to have her color in our home if only for a time. 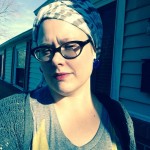 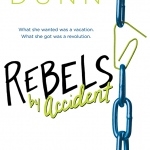 January 22, 2015 Rebels by Accident
Recent Comments
1 Comment | Leave a Comment
Browse Our Archives
get the latest from
Love, InshAllah
Sign up for our newsletter
POPULAR AT PATHEOS Muslim
1