The Weight of Other People’s Expectations

The Weight of Other People’s Expectations April 8, 2015 Love InshAllah Columnist

Eds. Note: Please welcome our newest writer Laura P.! Look for her column Integrity of Heart the second Wednesday of every month. 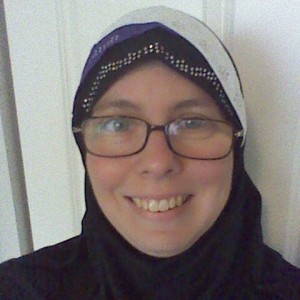 “Will you marry me?”

I’m usually very good at avoiding situations like this. But I didn’t expect a proposal from a Muslim guy I only saw waiting for the bus in the morning.

Fortunately, he seemed to accept that and didn’t bring it up again, because I’d already started thinking about whether I should go to another bus stop in the future in order to avoid him.

I’m shy and can sometimes be socially awkward. For a long time, I thought that was why any kind of romantic or sexual approach from a man triggered a flight response in me.

But the thoughts that ran through my head after the bus stop proposal, and whenever a guy seems too interested in me, were very specific. These thoughts aren’t really so much about the situation itself, but about relationships as a thing that people do and that they want me to do too.

What is it about relationships that I’m so averse to? Why do I work so strenuously to avoid situations that might lead to someone wanting a relationship with me?

It’s about people’s expectations. Above all, their expectations about sex. Being asexual means that I don’t experience sexual attraction to anybody. For me, this takes the form of a total lack of interest in sex. I’m also sex-averse and that is much deeper than just not being interested.

Even in its mildest form, my sex aversion appears as an inner conviction that sexual activity is not for me, even that it would be a betrayal of self to seek it out – am I still me if you change so profoundly the way I relate to people?

In its strongest form, my sex aversion is a sense of repulsion and dread at the thought of myself having sex, especially penetrative sex. Taken altogether, my sex aversion means that any scenario involving sex would mean I was not myself or not in my right mind, or that it involved coercion or worse.

So a relationship where there is any expectation of sex is out of the question. That’s non-negotiable.

There are more subtle expectations at play too. People who are sexually interested in me may expect me to return their interest, or to have sexual feelings or motivations at other times. I don’t. I’m not able to do or to be what they want from me.

I’m aromantic too. I don’t fall in love. If someone is in love with me, what am I supposed to do with that? I won’t be able to reciprocate their feelings. I can come to love them – love is much more than just romance! – but it won’t be the passionate, immediate love that we usually mean by romance in American society.

Other people’s relationship expectations – for sexual activity, for sexual motivation, for romantic love – are like a weight on me, a pressure I’ve never known how to lift, except by not getting into situations that would lead people to have such expectations in the first place.

Over the years, I’ve gotten good at structuring my life so the issue just doesn’t come up. Learning about asexuality and being able to separate out what is my sex aversion and to understand where it came from has also helped me to be much more confident in dealing with others and less socially anxious.

Beyond this, learning about asexuality has opened up new possibilities for me. Before reading asexual discourse, I didn’t realize there were other types of relationships that went beyond friendship or family but were non-romantic and non-sexual.

When I learned about queerplatonic relationships, I realized that this was something that might actually work for me. In a relationship structured to be non-sexual and non-romantic, there wouldn’t be these expectations on me. Moreover, once I discovered there was an asexual community, I realized that there was, at least in theory, a pool of potential partners who might be looking for the same type of relationship that I am. The pool might be very small, but it’s there.

Within a month of learning about queerplatonic relationships, I began to develop a conviction that I wanted my partner in this type of relationship to be another woman. At first, I assumed that this was because my sex aversion is strongest in regard to men (it’s partly triggered by male power in society) and therefore that my inclination towards a same-sex partner was a kind of “negative preference”.

However, when I tried to imagine the most non-threatening hypothetical scenario I could come up with, a non-romantic and non-sexual relationship with an aromantic asexual man, it just didn’t compute. It’s only more recently that I recognized in myself a pattern of emotional attraction to other women and understood that this is what was behind my preference all along.

In any case, between the strength of my sex aversion to men, the “does not compute” factor, and my emotional attraction to women, I feel that even a queerplatonic relationship with a man is ruled out.

At this point, I’ve narrowed down my pool of potential partners to what seems like microscopic size and I haven’t even gotten to my own expectations yet.

I do in fact have some expectations of my own, even though part of me is loath to narrow down the pool even further. The thing is, though, that I’ve lived alone for 21 years and I like it. Although it comes with costs, the single, solitary life works well for me. For it to be worth it for me to enter into a primary relationship, the relationship would need to offer me something I can’t get on my own or from family or friendships (and that something is going to be other than romance or sex).

I recently came across a blog called A Queer Calling by Sarah and Lindsey, a celibate LGBT Christian couple. Although their religious tradition is very different from Islam, when I read their post Defining Celibacy, something inside of me said, “Yes! This!” In this post, Sarah and Lindsey seek to develop a concept of celibacy as a vocation of radical hospitality, vulnerability, shared spirituality, and commitment. My faith is important to me and this vision of a committed and emotionally intimate bond through shared spirituality is exactly what I want my ideal relationship to be like.

I have certain limitations that make it difficult for me to take full part in mosque communities, so my ideal partner would be someone I can build an Islamic community of two with; an observant Muslim woman with whom I can pray, fast, read Quran, and study.

I have a few other expectations as well. As an introvert, I need time and space for myself to “recharge” after interacting with people, so I want to balance commitment and nurturing with freedom and independence. I have rather eclectic intellectual interests so I would need someone who really got that (not just “tolerated” it) and ideally was bookish too. And I would like somebody with broadly similar political and social justice views, especially someone who shared my pragmatic approach. These are not as high priority as the “observant Muslim” criterion but would really go a long way toward making the relationship fulfilling and happy.

Will I ever find such a partner? Only Allah knows at this time. But it’s done me a lot of good to be able to think about what my own expectations are, and not just about how challenging other people’s expectations are for me.

Read more by Laura on this blog, here. Some parts of this post appeared previously at The Asexual Agenda.

Laura P is a European-American convert to Islam, asexual, and queer. She is a contributor at The Asexual Agenda, a group blog for asexual spectrum individuals, and maintains a personal blog, Notes of an Asexual Muslim. You can also find her on Twitter at @muhajabah. She works in online tech support and volunteers with the Muslim Anti-Racism Collaborative. 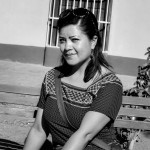 April 2, 2015
Forgive me Allah for I have sinned
Next Post 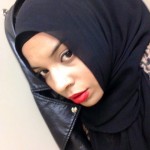 April 9, 2015 My body is not an invitation
Recent Comments
3 Comments | Leave a Comment
"Beautiful"
Sai Who Mothers the Mother?
"Its depressive to see how young ladies are being forced into marriages, as if the ..."
Ruxx Inno Girl Bachelor
"Salaams Zahra, Wow, that piece is so deep and so honest on so many levels. ..."
S. E. Jihad Levine My Iranian Breakup
"This letter was so heart-felt.... I have been in this place for so many countless ..."
Mickie Love Letter to Single Sisters
Browse Our Archives
get the latest from
Love, InshAllah
Sign up for our newsletter
POPULAR AT PATHEOS Muslim
1