“I never shall be an old maid, because I have elected to be a Girl Bachelor. And as to regretting this choice, you know the saying of the philosopher, ‘whether you marry or not, you will regret it.’” – Neith Boyce

My friend Adam is a genius.

We’re very different, Adam and I: he is a critical and analytical thinker, I am an intuitive and emotive one. Science, reason, and skepticism trump all for him, whereas for me, all three lie under a dome of spirituality. He is more realist painting, I am more impressionist imprint. Though we often have spirited debates, we respect each other’s brains enough to maintain this friendship of nine years.

Where there are differences, there are also similarities: We adore books, enjoy sci fi, horror, and fantasy. We have a shared curiosity for science and the universe. And we are both forging unconventional societal trajectories that at times exhaust our souls. Swimming against the current will do that to a person.

Adam and his wife have chosen to be child-free. I have chosen…well, we’ll get to that in a minute.

While my decisions are ones I’m still parsing through, Adam’s is one that he’s settled into and engaged with for some time. So when I see articles like the recent one in Altmuslimah that sparked debate (“Single Childless Muslim Women”), and its accompanying rebuttal (“Embrace Spinsterhood”), I go all ranty-pigeon-from-Animaniacs, usually in Adam’s direction.

The first piece lays out the increasingly-common complaints of unmarried Muslim women in their 30’s: the plethora of demands from potential rishtas, the family pressures, the lack of personhood status in our communities for unmarried women, and the painful combination of hope and waiting. While the author’s points about creating space for these marginalized women are salient and valid, the tone is what irked me: there is this idea of grief, loss, and a breaking that splits us before allowing single women to step through their pain into some semblance of independence. Throughout, the specter of waiting still remains, as does the idea of being broken down before embracing our own innate possibilities. Somehow, the piece seems to make us out to be patient martyrs, victims of a rigged system who must fight their way back in from the sidelines of society.

But the rebuttal felt just as extreme. “Embracing Spinsterhood” got under my skin for different reasons: I hate (hate hate) the word “spinster,” and the arguments of absolute and complete self-sufficiency felt a bit too harsh. For someone who enjoys giving, the idea of only an incredibly unapologetic self feels pompous. There is little mention of forging stronger bonds with family or friends to maintain an enriched, connected emotional life, only the practicalities to live a life fully of one’s own choosing.

Both women have valid arguments that I can get on board with: Fatima’s idea that single women need to be made equal parts of society is absolutely true, and Habiba’s life of financial stability and focus on independent, constructive social change is kickass. But neither sits quite well with me. Mixed into all this is the Kate Bollick’s book, “Spinster: Making a Life of One’s Own,” which Adam and I are reading together, and which has sparked its own set of articles (the “s” word had me resisting again, but Adam convinced me otherwise). The book is the ruminations of a woman on a similar journey as me, placing the philosophical debate in the context of five women in history who eschewed marriage and forged lives of their own making. But Bollick is yet another breed in this debate: a woman who is in a steady relationship, but takes issue with the institution of marriage itself.

So the three options appear to be: 1) wanting to marry but living a life in constant wait while struggling to find a foothold in society, 2) rejecting marriage and relationships to live a solo life with zero attachments, or 3) engaging in relationships but disengaging with matrimony as an endgame.

I wrote recently about not settling, and I stick by that. Over the course of the last ten years, perhaps I’ve tried each of these three options on for size. It feels a bit like my favorite childhood analogy of Alice stuck in Wonderland: “eat me” and I am too big, “drink me” and I am too small, follow a white rabbit through a hole in the ground and you encounter adventures of his making and risk losing your head.

So, in ranty pigeon style, I consulted Adam.

“What if we stop waiting?” I ask him. “What if we put the waiting to an end and get on with our lives, but only because we’ve always had rich lives. What if we shrug and move along and make our lives something that overpowers our waiting, but surround ourselves with other meaningful, authentic relationships? What if we are wholly present aunts, sisters, daughters, friends, godmothers? And what if one day, we maybe stumble across a man who fits the bill, but are comfortable enough in our current solitude to not fret about when that day will be?”

“So not abstention from an entire system or complete submersion in it,” says Adam, “but rather a reprioritizing of its components. Moving priorities around so that marriage or a long-term relationship is low enough that you’ll get around to them eventually if the timing and the personalities are right, but without it being a given that you must mindfully balance as you go.”

And bingo. In one paragraph in an instant messaging window, Adam articulated a fourth option, my fourth option: reprioritization. The option in which Alice sits on a riverbank and enjoys a picnic, one where she’ll only chase a white rabbit when she feels like it…if the rabbit is enticing enough and the adventure they could have together far exceeds the one she has now.

Zainab Chaudary works in PR and advocacy communications by day, and is a writer and geek by night. Her blog, The Memorist, ruminates upon travel, religion, science, relationships, and the past, present, and future experiences that make up a life. She tweets @TheMemorist 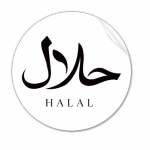 May 21, 2015 My Mother's Minced Lamb
Recent Comments
1 Comment | Leave a Comment
"Beautiful"
Sai Who Mothers the Mother?
"Its depressive to see how young ladies are being forced into marriages, as if the ..."
Ruxx Inno Girl Bachelor
"Salaams Zahra, Wow, that piece is so deep and so honest on so many levels. ..."
S. E. Jihad Levine My Iranian Breakup
"This letter was so heart-felt.... I have been in this place for so many countless ..."
Mickie Love Letter to Single Sisters
Browse Our Archives
Related posts from Love, InshAllah