Don’t Let Your Anger Turn Into Their Hate 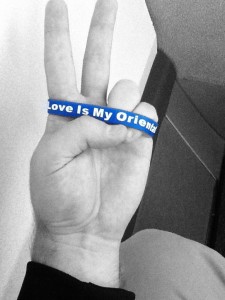 For the horror of Orlando Pulse,

There is a time for anger and activism.

There is a time for healing and hope.

Now is a time for mourning.

For remembrance. For honoring those innocently lost.

For sincere prayers that the Lord’s love and justice reigns in a world that creates infinite iterations of suffering.

Do not let your anger for what happened turn into their hate.

Because at that point, your hate is no better than their hate. It’s just hate. And there are no positive attributes to the dredge and expanse of hate.

The only way to stop their extremism is for us to stop making hate an acceptable response.

Since the massacre the majority of those on the internet are Christians blaming Muslims. LGBTs blaming Christians. Muslims blaming extremists. Atheists blaming religion.

Love cannot defeat hate when love is being used as the excuse to hate.

As the Suffering Servant told any who would listen, loving only those who love you is no accomplishment. The reason why we are where we are is because it is normal, and worse, acceptable, to love your neighbor and hate your enemy. Anyone can do this, and so, many do.

There is a better way.

It doesn’t happen overnight. It happens with one choice a million times a day.

With a heavy heart,

June 13, 2016
Browse Our Archives
Related posts from Love is an Orientation