I was struck recently by this bit by Nancy Campbell, on Above Rubies:

Last night my husband and I were talking to our daughter-in-law. My husband asked her, “What is your main reason for homeschooling?

“I don’t want to be robbed of the time I can spend with my children,” she replied. And that’s a lot of hours! During the twelve years of a child’s schooling (before they even go away to college), they will be away from home for THREE full years of their life! And that’s not counting day care or traveling on the school bus. And this in the most FORMATIVE YEARS of their life!

The entry was titled “Daylight Robbery.”

I’ve heard this said before, and it’s worth noting that it is always said of mothers and not of fathers. Do fathers not miss their children when they are at work? Does Campbell’s son not feel robbed of time with his children? If we imagine that the average father has a 40 hour work week, and that he works 50 weeks a year. That father spends over 4 years at work while his child is growing up—and more when you factor in his lunch hour and his commute.

Of course, I know the answer: Christian homeschoolers like Campbell view the mother’s role as very different from the father’s role. Mothers have some sort of magic mothering spidey sense and fathers are, well, their involvement is just different—and much less time consuming. For Campbell and others, women are to lead domestic lives and men are to lead public lives. These ideas, forged in the Victorian era, are central to their conception of the family.

In case it’s not obvious, I am a firm believer that it’s a time for these ideas to die. I want a world where men and women alike are simply parents rather than mothers and fathers. Children benefit from having both parents involved in their lives, and women benefit when they have someone with whom to share—truly share—the burdens and joys of parenting. I want a world where we give up the idea that a mother should miss her children while at work but a father should not.

But what of Campbell’s actual argument? Well, I work, and I don’t feel “robbed” of time spent with my children. I spend quality time with them in the evenings, on weekends, and over holidays, and I have a close relationship with either of them. In some ways, I think having some time apart strengthens our relationships—it means we each have our own things in addition to all the things we have together. I also love that my children have other trusted adults in their lives, caregivers they feel safe with and who serve as role models and invest in them as people.

It’s worth noting that Campbell is anti birth control—she believes that women should allow God to control their fertility. As a result, her followers have large numbers of children. I took a look at the latest issue of Above Rubies while at my parents’ house over Thanksgiving, and it was full of pictures like this: 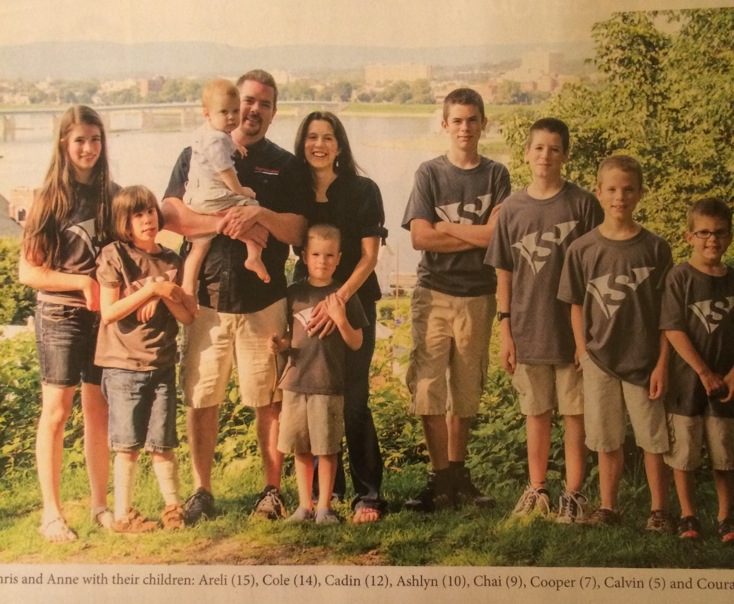 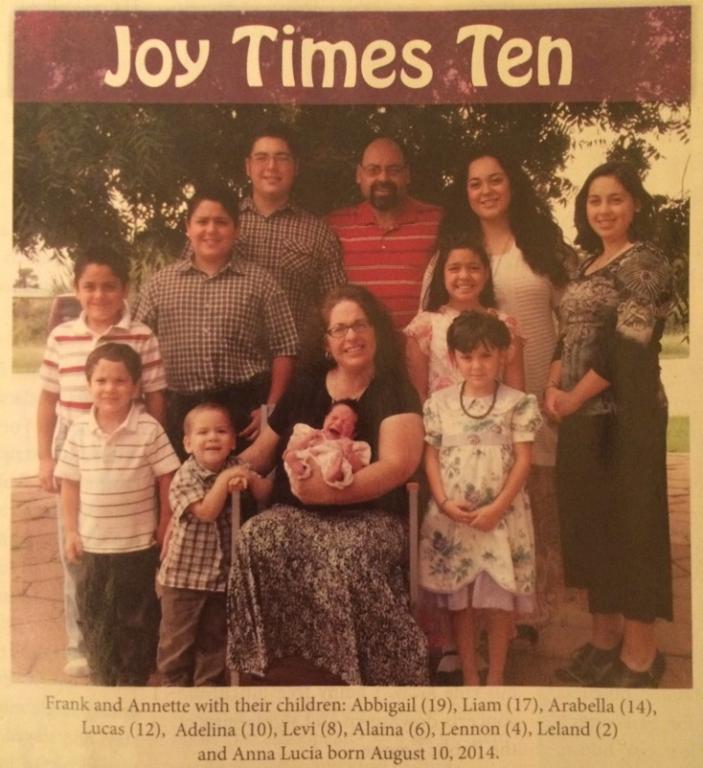 I myself have only two children, but having the second child cut into the one-on-one time I am able to spend with my first. Yes, I do spend time with both of my children together, but that one-on-one time is important. My son two-year-old son Bobby is not having the same experience his older sister Sally had at his age. I do try to make sure I give him personal attention, but I’m keenly aware of how things are different because he is not my only child.

I guess what I’m saying is this: It seems odd that someone as concerned about mothers spending time with their children as Campbell is would so overlook the effect having eight, ten, or twelve children has on one-on-one time.

Finally, it’s worth noting that historically, children have always had a variety of caregivers—grandparents, aunts, uncles, neighbors, servants. We have this idea that before the present day, children grew up in nuclear family homes with stay-at-home mothers and fathers who work outside of the home. This is a fiction. In the colonial period, boys either began working with their father at a young age—say six or seven—or were apprenticed outside of the home, leaving home to live at their place of employment. Girls would work alongside their mother, female relatives, or servants, and would sometimes be sent out as a servant for a wealthier family at a fairly young age. In some cases, both boys and girls sometimes worked outside of the home, whether in factories or mines.

Obviously, I am glad that the United States has phased out child labor. I’m concerned, though, that we have an ahistorical approach to the construction of American families. It’s not having multiple caregivers that’s a deviation from the norm, it’s the nuclear family with a stay-at-home mother and working father that is a deviation from the norm. And before we talk about “daylight robbery,” that’s worth remembering.