I remember when I first realized that, from my children’s perspective, I was a giant. It was that moment that I fully understood how important it is to get down on my children’s level when speaking with them. Like, really really important. If you talk to your children without getting down on their level, you’re usually talking down at them rather than fully talking with them. Understanding why size matters—and how our relative size should effect my interactions—has become central to my parenting in the years since that realization.

I found this illustrated on a children’s advocacy Facebook page: 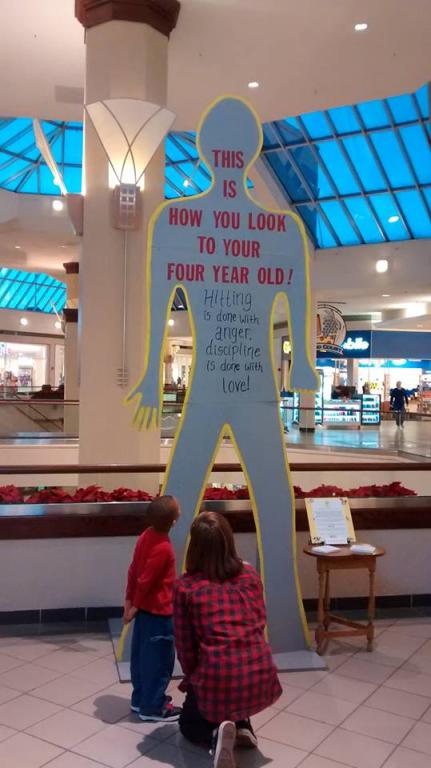 It might be worth taking your measurement and your child’s measurement and then doing a little math to find the height someone proportionally the same amount bigger than you that you are bigger than your child. I just did this for my younger child, Bobby, and found that a person proportionately the same amount higher than me would be ten and a half feet tall. I’m sitting in a room that’s two feet higher than that, and I already know I feel slightly intimidated in conversations with people more than four or so inches over six feet.

There have been plenty of times when I’m having a disagreement with my children, or I’m trying to get them to do something, or I’m trying to impress on them the importance of not doing whatever it is they just did, when I’ve realized I’m talking down at my children from my lofty much-higher height and have stopped to hit the reset button. Because yes, getting down on your child’s level and talking to them face to face does hit the resent button. When I get down on my child’s level to explain why we really do have to go pick daddy up in the car even though they’d rather stay here and play with trains, the whole tenor of our interaction changes.

In addition to hitting the reset button, getting down on your child’s level evens the playing field a bit. Consider that when your child disagrees with you or wants to change your mind or wants to make her voice heard, she generally has to yell up at a being as much as twice as tall as her. When you get down and speak with her face to face, she can speak with person to person rather than tiny person to giant. Thing about how much more comfortable (and less intimidating) this has to be.

Getting down on your child’s level also lets you look into their eyes and read their expression. It lets you see the fear, or anger, or exhaustion they are experiencing. It helps you relate to them as another person, rather than as a noise-making little being driving you up a wall and messing up your plans. The eyes are sometimes called the window to the heart, or to the soul. When you’re talking down at a child half your height, the odds are you aren’t looking directly in their eyes. Indeed, it’s very likely you’re talking at them rather than interacting with them.

One last thing. Even if you work to parent peacefully and don’t use corporal punishment, your physical stature when combined with annoyance or anger can be intimidating (and even scary) to your children. Have you ever been in an argument with another adult who is significantly taller than you? If you have, you may know what I’m talking about. When we get down on our children’s level rather than towering over them, we help reduce any potential threat our children may feel. We help ensure that our children will not find us frightening.

Of course, getting down on your child’s level is not enough in and of itself. Parents are more than capable of getting down on their child’s level and saying something frightening to them in an ominously level and even tone. In some sense, what I’m talking about isn’t so much a physical change of place as it is a change in perspective. I’m suggesting that parents should be aware of the effect the relative size difference between them and their child may have on their interactions with their child, and that parents should work to mitigate potential negative effects through.

You might be surprised what a difference this can make, for both of you. 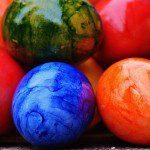 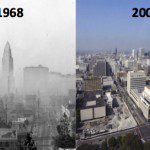 Fmr. Chairman of Joint Chiefs Hammers Trump
Mike Mullen is going after Trump for federalizing and militarizing the response...
view all Nonreligious blogs
What Are Your Thoughts?leave a comment
Copyright 2008-2020, Patheos. All rights reserved.