Patriarchal blogger Lori Alexander recently posted an article titled Training Your Children to Sit in Big Church. I am familiar with this concept. In fact, it’s how I grew up. My parents believed that Sunday School was too fun-focused and that worshipping together brought us together as a family, so my half score of younger siblings and I sat in “big church” every week. So I wasn’t surprised to see Lori’s post, which was written by blogger The Joy Filled Wife.

I was struck, though, when I came to this bit:

We find it important for children to learn to rise to the level of adult wisdom and understanding as early as possible, just as we do in daily conversation (all of our children are articulate for their ages). We also are responsible for what they are learning spiritually and we cannot know what is being said or the personal convictions of the person teaching Sunday School. If someone is off-base biblically, we would never know if we are not there to teach our child the truth.

So, here’s the thing. My children attend school every day—during the school year, at least. I’m not there to see what they’re taught in class each year. I don’t know the personal convictions of their teachers. True, teachers aren’t responsible for students spiritual development, but they still have value systems that inform their teaching. And I’m okay with that.

I’m okay with people who aren’t me teaching my children.

What about religion? My husband and I are not religious, but the children’s grandparents are. One set is Catholic; the other set is evangelical. And you know what? I’ve never monitored what either set of grandparents tells my children about religion. And I do let my children have alone time with their grandparents. I’ve let me children go to Sunday School at the grandparents’ church when we visit. This has sometimes led to questions, but once again, I’m totally fine with that.

Parents have an huge influence on their children. Period. Spending an hour a week with a Sunday school teacher—or even six hours a day five days a week with a teacher—isn’t going to change that. Parents will remain the biggest influence in children’s lives. My beliefs aren’t so fragile that I’m afraid of my children encountering ideas different from my own.

Certainly, I haven’t set out to create ideological clones, and The Joy Filled Wife almost certainly has. After all, that’s the point of Lori’s brand of militant fecundity. Here, I’ll quote from another recent post on her blog:

We have children and raise them up in the fear of the Lord so that they can do God’s work in the world and build up His Kingdom. Therefore, the more children you have, the bigger God’s army.

Real life doesn’t work that way. And when this mentality collides with real life, things get ugly. It sucks to be treated as a pawn in a game you never chose. It really, really sucks. And when that particular piece of the puzzle hits reality—meaning, the fact that humans have free will—it sucks for everyone, not just the child, but also the parent.

Yes, I approach my children from a fundamentally different place than The Joy Filled Wife. Unlike her, I’m not trying to raise soldiers for God’s army. But even within her framework, I’d argue that her approach is wrong. I’d rather my children encounter ideas that are different from mine while they’re still in my house, where we can talk about them.

When I grew up and left home, one of the immediate shocks I experienced was that the “unsaved” did not behave or seem anything like I’d thought they would. Because I’d been so sheltered I hadn’t meaningfully interacted with anyone who was not also an evangelical Christian, all I had to go on was what my parents and the materials they exposed me to taught me about the unsaved. And it was wrong, badly, terribly wrong. I felt misled. I realized I had to think through things myself.

If I hadn’t been so sheltered, my encounter with the real world wouldn’t have been so jarring. Who knows—maybe I’d still be a Christian—evangelical, even. By sheltering them to such an extent that even Sunday School teachers are seen as a threat, Joy Filled Wife is setting her children—and herself—up for a rude awakening later on. As far as I can see it, the only way for her to avoid this would be to continue sheltering her children into adulthood. That is both unwise—flash-freezing young adults in the adolescent phase typically is—and, in many cases at least, simply unworkable.

Also, can I just say that I am so glad to have been able to dispense with this kind of fear. I love being able to raise my children with joy and heartfelt connection, undaunted by concern that any little thing will send them on a path to hell. That kind of fear is destructive and toxic, and I have never felt happier to have left it behind. 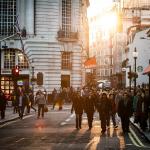 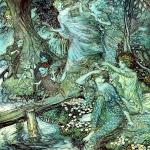