Cue the wedding, with just over two hundred in attendance. The church is “tastefully graced with green garlands and cream-colored roses.” Aaron is Peter’s best man, because of course he is. They wear “simple black tuxedos with cream-colored ties and cummerbunds.” On the pastor’s signal, they take their places up front.

Was that exchange a bit weird or am I hyper-sensitive?

And now the wedding begins.

Casey in a pink frilly satin dress, with her hair in ringlets and ribbons, began to walk down the aisle. . . . She scattered a mixture of pink and cream-colored rose petals in the aisle as she made her way to the front of the church.

So wait. What is the color scheme here?

Lynn followed about ten paces behind. . . . Her tea-length pink dress was simple, yet elegant.

Next comes Gwen, on Stan’s arm. She’s wearing an “ivory-colored satin dress” and is described as “the prize of Peter Barron’s heart.” Farris tells us that “Peter had never seen anyone so beautiful in all his life” but I’m still stuck on something else—Gwen has only one bridesmaid? Why? Some people like simple weddings, but Peter earlier indicated that they were going to go all-out, do the big fancy wedding thing. Did Gwen request to have only one? Did she want to keep it simple because she already did the big fancy wedding, with Gordon?

Gwen’s sister Pam is sitting in the church. Why isn’t she a bridesmaid? It’s very common for people to have their sister be their bridesmaid, so common in fact that not doing so generally bears some explaining as to why. We’ve never been given any reason to think that Gwen doesn’t like Pam. Sure, she didn’t call Pam when Casey was taken away, or when Peter started coming onto her, or, basically, ever, but she did visit Pam that one time when Peter was being an ass and she wanted to get out of town.

I don’t have a problem with Gwen having only one bridesmaid, but since that’s an unconventional choice, it would have been nice to have a sentence or two thrown in humanizing it. As it is, I’m not sure whether it was intentional or whether Farris got to this point and realized he hadn’t introduced any other friends for Gwen, and so gave her only the one bridesmaid. As for Pam, maybe he needed her in the pew so that June could have a female-shaped person to whisper to (though even here, we could have introduced a friend for June).

It really does appear that Gwen had no friends at all before she met Lynn. It didn’t have to be written this way, even if Farris wanted Lynn to end up Gwen’s closest friend over the course of the book. Gwen could have had some girlfriends she gets together with (she can leave Casey with her parents, after all), maybe coworkers, maybe people she grew up with (it’s not like she’s moved away from her hometown, after all), maybe neighbors or women she met at toddler story time at the library.

Farris could have told a convincing story of growing distance from these friends as Gwen got to know Peter and began attending his church. This story would have rung very true—as she began to attend an evangelical church, Gwen would have adopted a new morality code, and she might have begun to judge her friends for drinking or for the movies they watched. She would have lost some of her enjoyment in their girls’ night get-togethers, finding them “me-focused.” She would have tried evangelizing them, only to have them treat her askance, as though she’d joined a cult.

Gwen’s friends might have organized an intervention, both on the religion front and on the Peter front. Gwen would have refused to listen, steeling herself against their points. After that, Gwen and her friends would have drifted apart.

And what about Pam? A straightforward reading of the text suggests that Gwen and Pam weren’t close, but that they weren’t estranged either, but I’ve never been sure whether or not that was intentional on Farris’s part. As Gwen became involved in Peter’s church, at the very least, she would have called Pam to evangelize her. Pam would likely have concluded that her sister had gone off the deep end. Relations between the two (whatever they actually were) would have cooled as Gwen became saddened at Pam’s refusal to accept salvation and as Pam felt more and more judged.

Do you know what Farris gained by not telling this story? He got to tell the story of Gwen’s conversion as a story of her being welcomed into the loving arms of a new family and community without having to also explain that Gwen’s conversion wrecked her existing family and community. He didn’t have to let readers know that Gwen’s conversion inserted distance and tension into her relationship with her sister Pam, and he didn’t have to show Gwen’s sadness when her existing friend group didn’t understand her newfound religiosity. Instead he could show all happiness and light.

I know all this because I experienced it myself, though in reverse, while leaving Farris’ evangelicalism. By making Gwen friendless and giving her a sister she never talks to, Farris doesn’t have to show the wreck conversion to evangelicalism would have made of Gwen’s life. And frankly, that’s super convenient for him.

Having said all this, I’d intended to make this post the last one, to cover all of the remaining pages. However I clearly didn’t realize how much I’d have to say here. I’ll give you one last thing, and then save the very last post for next week.

The service was simple. The pastor was eloquent. And the vows were recited from memory without flaw. Peter eagerly kissed his bride until June thought she was going to swoon just from watching them.

Okay, it’s not just me, that definitely is weird.

Then Peter departed from the script, bent down, scooped Casey up in his arms, and gave her a warm, fatherly hug.

Let’s all pause to remember that at the beginning of this book Casey still had her bio-father, Gordon, who had a drinking problem and ended up veering into stalker territory, but also took her to the park and seemed to actually care about her.

I wish Casey the best with her step-father, but the poor girl has had one hell of a year. 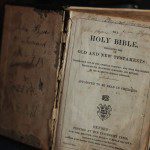 January 5, 2017
The Amalekite Genocide and Evangelical "Misinterpretation"
Next Post 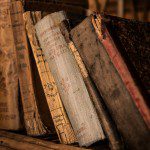 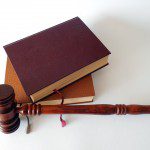