Several pages from Hayley Dimarco’s Christian purity book Sexy Girls: How Hot Is Too Hot were posted to Facebook this week. Dimarco is the author of devotionals for girls and women and speaks at evangelical women’s conferences around the country. She’s the kind of female evangelical promoter who is hip and cool, but only writes books for women, because underneath all that hipness and coolness is an adherence to regressive evangelical ideas about gender roles.

This paragraph is a good basic introduction to what Dimarco writes in her book on modesty, which is marketed to teenage girls:

A lot of girls get mad when guys treat them too sexually. When guys call them names, or make rude advances, or say nasty stuff to them, they get all in a huff. “How could he talk to me like that? What does he think I am, a piece of meat?” And the answer is yes. That’s exactly what he thinks you are because that’s how you’ve marketed yourself. The sign in front of your establishment screams “sex.” The banner on your ad yells “use me.” Guys’ eyes become clouded by the flesh, and they lose all sight of the girl inside that flesh. So if you show off parts of you that turn guys on, don’t blame them for your PR campaign. You designed it and created the image you wanted to sell to the world, and they’re just hoping to get a chance to purchase or steal a piece of you.

In other words, if guys are hitting on you in inappropriate ways or catcalling you, it’s your fault. Your. Fault. You were—quite literally—asking for it. Men can’t help it, you see! If they see someone they think looks sexy, they basically have to make crude comments or yell at them out of car windows. And why shouldn’t they, really? Because again—you were totally asking for it.

Dimarco’s argument is built on an assumption that sexual harassment only happens to women who are dressed in sexy, revealing clothing—clothing that she terms an advertisement screaming “sex” and “use me.” But that is not the case. Does Dimarco honestly think women don’t get catcalled on the street in the winter, when they’re wearing heavy coats? Because they do. In fact, the last time I got hit on by a random guy, I was wearing a bulky coat and a scarf and showing literally no skin.

In Saudi Arabia, women are required to wear a abaya—a garment that covers their bodies from head to foot, leaving only their faces visible—when they leave the home. And yet, women there are still ogled and men still catcall. In fact, nearly 80% of Saudi women report experiencing sexual harassment, and Saudi women are far more likely to face sexual harassment in the workplace than are women in the United States or other Western countries. How have conservative hardliners responded to these facts? By proclaiming that women should not laugh or smile in public.

My intent is not to pick on Saudi Arabia. My intent is to point out that women face catcalling and sexual harassment no matter what they wear. It’s almost like behaving appropriately is on men, not women. Oh wait—that’s kind of how human responsibility actually works. The person doing an action—whether that be catcalling or making crude, suggestive comments—is the one responsible for that action.

With that, let’s go back to Dimarco:

Now that you can start to see how guys are totally visual, the next thing to think about is who all is copping a visual on you. This can get really creepy, so hold on. Teenage guys aren’t the only ones who have those masculine hormones raging in their loins. It’s guys, men, of all ages. From the 22-year-old clerk at the checkout line to the 43-year-old pastor behind the pulpit, they are all men, and they are all turned on by what they see. So it’s like this: if you go out sporting your sexiest top that shows just enough of your voluptuous chest and your totally hip miniskirt ever so slightly revealing your lacy undies placed just above the waistband, don’t be surprised when I tell you that not only is the hottie down the hall checking you out but every guy from 13 to 83 is catching a glimpse, and their mouths are watering. Sure, some of them might try to look away. But it’s hard work. And then they have to fight with their minds and those memories of your supple body. That means that if you walk down the street and see a bench lined with 70-year-old men, they are looking at your breasts and smacking hitter lips. You are every bit as sexy to the old guy as you are to your target guy. And you think that’s gross? Just think about the poor pastor who has to stand in front of his congregation all morning and talk about God while trying to avoid seeing your breasts popping out from your baby doll top. A guy is a guy is a guy, and so if what you’re showing ain’t on the menu, keep it covered up.

My husband grew up in a Christian home, but not one that embraced the purity teachings I had learned growing up in an evangelical home. I tried to explain to him why dressing modestly was so important to me. I told him that I didn’t want guys thinking sexual thoughts about me, that it was my responsibility to dress modestly to protect men’s minds. He was baffled. He explained that your average 20-year-old man—and at the time, he was one—is going to think about sex no matter what a woman wears. There wasn’t a sliding scale, he said, between clothing that left nothing to the imagination and clothing that covered all body parts in a way that I would consider adequate.

This conversation shook everything I’d been taught about modesty growing up. The reality is that men will notice women no matter what they wear. A turtle neck and jeans can be just as sexy as a halter top and miniskirt. There is nothing short of never leaving the house that will change this. And you know what? It’s not only men who notice someone hot walking down the street. I check out guys all the time—and girls, too. But there’s a difference between seeing and acting. It’s not the noticing that’s the problem. It’s the sexually harassing.

There’s another piece of the purity culture puzzle that Dimarco illustrates perhaps better than I’ve ever seen it illustrated. Namely, while evangelical girls are told in strong terms not to wear clothing that is considered too revealing, they are also chastised if they wear flour sacks. Have a look at how Dimarco puts it in her book:

Now, there’s nothing wrong with being comfortable. And it’s great that you aren’t revealing all you body parts like some other girls. But deciding to wear every day the same clothes you wear to work out or to sleep is a PR choice that definitely taints the way people think about you. Words like sloppy, careless, disinterested, and uncreative come to mind. Can you see a starlet walking around in her volleyball clothes 24/7? Or showing up to work in her pajamas? It just wouldn’t fly. Dressing like a guy—really, they wear the exact same workout gear—is telling the world you don’t give a darn about your femininity. But the thing is, that femininity is how you were made. You were made a girl. A soft, sweet, yummy girl who has chosen to hide herself in androgynous clothing so as not to be noticed. And there can be some comfort in that. You blend in. No one takes notice of you. But truthfully, is that what you want? Or would you rather be the girl God made you, curves and all? This doesn’t mean you should go out and start dressing all sleazy, but it is a call to start thinking about what your choice in apparel says to the rest of the world.

If you choked on your drink, you’re not alone. The standards here are impossible. Dressing “like a guy” is not okay, Dimarco says. Would a starlet do that? (Never mind that a starlet wouldn’t be bound by Dimarco’s modesty teachings to begin with.) “You were made a girl,” Dimarco continues. “A soft, sweet, yummy girl who has chosen to hide herself in androgynous clothing so as not to be noticed.” And the confusing thing (leaving aside Dimarco use of the phrase “soft, sweet, yummy girl”) is that you would think that’s a good thing—to wear bulky or androgynous clothing so as to cover one’s curves—but it’s not. Dimarco tells her imagined reader to “be the girl God made you, curves and all.”

This paragraph actually enrages me more than the others, because I’ve tried to walk this line, and it’s impossible. Growing up in an evangelical home, I got two messages: (1) conceal your curves and hide the parts of you that are sexually alluring, so as not to tempt men around me into thought sin; (2) dress in an attractive manner and show off your God-given femininity. I was supposed to be beautiful—but not sexy. I couldn’t do it. I could wear baggy dresses and T-shirts and conceal my curves—that was easy. Mostly. But I could never figure out how to both cover up all the right things and look like a starlet, and that tortured me.

In the end, I gave up trying. I wore baggy dresses and skirts and figured I was just ugly. I was so incredibly insecure about my body during my teenage years that some days I just want to go back and give myself a hug. It was only when I stopped trying to hide and started dressing for me, and not for anyone else, that the body-hatred began to melt away.

The sooner we can accept both that people are sexual beings and that people should be treated with respect no matter what they wear or why, the better. 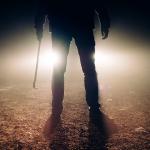 December 6, 2017
"Kick Him Where It Counts": Conservative Appeals to Violence as a Distraction Technique
Next Post 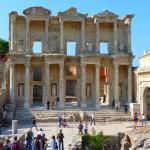 December 8, 2017 Voice in the Wind: Temple Prostitute
Recent Comments
0 | Leave a Comment
Browse Our Archives
get the latest from
Nonreligious
Sign up for our newsletter
POPULAR AT PATHEOS Nonreligious
1