And here we are, once again looking at the letter to his sons that Michael Pearl included toward the end of his abusive child-training manual. This week Michael touches on the sort of education they should give their sons.

As the boys get older, make sure they are not too much confined to studies. By the time they are twelve or thirteen, they should be pretty well through with school and involved in an occupation with you. Continue to expose them to concepts and ideas; but, above all, provide real life problems that they must solve–bicycle, small engine, or appliance repair. All forms of building and maintenance are essential training.

And there it is—an open endorsement of educational neglect. And no, Michael is not suggesting that homeschooling should speed things up such that boys will be finished with high school level algebra, chemistry, history, and English by seventh grade. Instead, he’s simply flat-out stating that boys shouldn’t receive more than a seventh grade academic education. He makes this very clear when we go on.

So on top of advocating child abuse—advising parents to sit on their children and whip them until they are “totally broken”—Michael also openly and brazenly advises parents to educationally neglect their children.

Michael would probably take issue with the idea that he is advocating educational neglect, arguing perhaps that he’s simply advising a different sort of education—working with one’s hands—that is in fact better for boys’ temperament and their longterm job prospects. (There is absolutely a class difference going on here.) But part of the point of compulsory education is that the parent is not the one who gets to decide for his sons what sort of career they will be able to have; ideally, school should prepare a child to embark on any career path, leaving their future open.

Michael then follows with this:

The concept you are seeking to convey is one of independence and confidence. A child who can do it, fix it, make it, will try new things and expect to succeed. The confidence in work will translate to success in education.

This entire book is about squashing independence and confidence. This entire book is about rendering children submissive and obedient. Giving kids’ access to a giant outdoor maker space doesn’t change that, particularly if that access comes hand in hand with having to work for a living at 12 or 13. If Michael gave a whit about independence and confidence he wouldn’t lean so hard on literally training children like animals.

For example, Michael advocates setting up scenarios with a toddler where you put something interesting in a room and tell them “no” and then smack their hand every time they try to touch it. “Some people say, ‘Child-proof your home,'” he wrote. “I say, ‘Home-proof your child.'” Way back when I was a brand new mother I thought this made sense. It would certainly make life easier to not have to move things out of the baby’s reach! But I very quickly realized that I wasn’t training my daughter to obey my voice, I was training her out of her curiosity.

My experience trying to train my crawling, furniture-creeping daughter out of touching things I didn’t want her into is what first sent um warning signals about the Pearls’ methods and promoted me to investigate further. Curiosity is a good thing, I told myself aghast, and here I was trying to train her out of it. I should want her to explore her world. It’s an important stage of child development! And how hard was it to move things, really?

If Michael cared about installing independence and confidence in children, he would have written a very different book.

Here, by the way, is his defense vis a vis educational neglect:

Remember the twenty-seven-year-old Amish fellow, with his first car, going off to college in a far away city, leaving all the things that were familiar, facing challenges never before considered. I was apprehensive about his ability to succeed in this new environment. He had none of the necessary skills. His educational ability was about equal to a sixth-grader.

When I tried to warn him of the difficulties ahead, he said, “I have always been able to do everything I tried to do, I can do this also.” It was hard on him, but he got a “B” average the first semester. Whether it was the product of his hands or his head, he had learned to succeed.

Yes, that really is his defense—that if you give your kids confidence instead of, you know, actually educating them, they can totally go to college and do just fine even if they only have a sixth-grade education.

I know someone who went to school until sixth grade and was homeschooled after that. She had a fairly pleasant experience, but received almost no instruction in math and science. She had to spend years at a community college making up for this lack before she could then transfer to a four-year college. It set her back years. I know someone else who wants to study a subject that requires math knowledge, and is currently stuck in community college trying to learn the math she didn’t get while being homeschooled, wondering if her dream is attainable.

In other words, I call bull on Michael’s story about the “twenty-seven-year-old Amish fellow.” For one thing, what year did this happen in? Maybe way back in the 1970s when things were a bit more in flux, sure—but times change. For another thing, what about all the Amish kids with a sixth-grade education who have tried college and failed? The fact that this one succeeded despite his lack of an education does not justify educationally neglecting kids on purpose.

And yes, plenty of kids go through the public school system and come out unprepared, or have to spend time in community college. But we generally recognize that as a problem, and try to fix it. Michael is saying it’s not a problem. If your kids want it enough they’ll make it happen, so don’t worry about providing them with an academic foundation.

If you take a young child and burden him with studies to the point of making him feel inadequate, you are building a principle of failure into him. Teach your children to work with their hands first, and the education of the mind will come more readily. Don’t leave your boys at home with Mother and the girls in a classroom setting. They should be out with the men.

So I’m confused. Are boys supposed to be educated at all? Clearly Michael doesn’t mean boys should get a solid academic foundation by age 12 or 13 that puts them in good stead later and then head outside to work with father. Boys are supposed to be taught manual labor first, they’re not to be burdened with studies, and they’re not to be left inside with the womenfolk in a classroom setting. Are they to educated at all?

Actually. Much of this book is an exercise in the child psychology of Michael. We already know that his principal beat him, and that proving that he’s the biggest and asserting his dominance is very important to Michael. But I think we now know that Michael did not have a good experience in school.

Michael advises parents not to “burden [a son] with studies to the point of making him feel inadequate.” I totally agree! But what’s interesting is that while Michael argues that manual labor can inspire a child—showing him (and he does mean him) what he is capable of doing—he does not seem to realize that education can be the same way. To much education, Michael indicates, makes a child feel inadequate. Um, no—not necessarily.

There are all sorts of different school experiences, and our schools aren’t always set up to support every child effectively. But my own two children have had an excellent school experience—they come home confident, excited, and sure in themselves and what they can learn and do if they just put their minds to it. Education, done right, can do the sorts of things Michael sees manual labor doing—inspiring, building confidence, opening the world.

Michael, however, appears to associate education with feelings of inadequacy. As problematic as that is for this section—where he’s openly endorsing not educating boys—it’s fascinating from a psychological standpoint, and actually leaves me feeling like I understand Michael (and what drives him) slightly better.

Also, remember that this book was for years incredibly popular in Christian homeschool circles, and still has its loyal followers. How many Christian homeschooling families used this passage (and others like it) to justify not adequately educating their child? Even parents with good intentions might remember paragraphs like these when things got tough and their homeschooling wasn’t going the way they wanted it to.

There are lots of kids who receive a solid academic education in Christians homeschooling families—I count myself among them. But it’s worth bearing in mind that there are also Christian homeschool leaders (Michael Pearl foremost among them, but certainly not alone) openly teach that educationally neglect your children is okay. Until children started dying, there was no denunciation of Pearl in Christian homeschooling circles, despite passages like this. 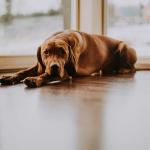 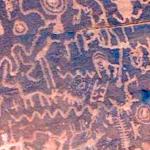 February 6, 2018 Hey Creationists---Stop Arguing with a Strawman
Recent Comments
0 | Leave a Comment
Browse Our Archives
get the latest from
Nonreligious
Sign up for our newsletter
POPULAR AT PATHEOS Nonreligious
1