Voice in the Wind: Mischaracter Summaries

The back of my anniversary copy of Voice in the Wind includes a discussion guide with four character sketches.

We hope you enjoyed this story and its many characters by Francine Rivers. It is the author’s desire to whet your appetite for God’s Word and his ways—to apply his principles to your life. The following character study is designed for just that!

When writing this story, Francine had a key Bible verse in mind: “In the same way, let your good deeds shine out for all to see, so that everyone will praise your heavenly father” (Mathew 5:16).

And there’s the mojo!

You see what I was saying earlier, though—Hadassah isn’t meant to be an oddity, she’s put out there as what you can be. Follow God, be humble, have a servant heart, and you will turn everyone’s heads just like Hadassah does.

Speaking of Hadassah, here’s an excerpt from her character sketch:

Compare Hadassah leaving Jerusalem to Hadassah in the coliseum. What events caused the change?

This is interesting, as a lack of character development is one of the things most series readers dinged Hadassah for. Is this fair? Or did her character actually develop over time?

Rivers makes a big deal out of Hadassah proclaiming her faith when ordered to burn incense at Vitellius’ feast. But this is not the first time Hadassah proclaimed her faith. On her trip to Rome, she told the woman also on the ship with her. On the other hand, of course, she didn’t tell Claudius that she was a Christian. Back to the first hand, though, she stood up to Marcus almost right away, in the exchange about what to do with Claudius’ slaves, so it’s not like she starts the book as timid as Rivers seems to think she does. And she never does tell Julia about her faith, even toward the end of the book.

Here’s another question from the character guide:

Do you think Hadassah’s faith was realistic? How does your own faith compare?

Ouch. Pity the teen comparing her own faith with that of Hadassah. But then, this was the point of much evangelical literature for teens at the time—the extremely popular Jesus Freaks was a book of martyrdom stories, designed for teens. You read, and you compared, and you asked yourself—would you be able to stay strong in those circumstances?

Okay, moving on to Marcus.

Contrast Marcus, the aristocrat, with Marcus, the man interested in Hadassah. What are the subtle differences?

The problem with this contrast is what teenage girls may take away from it. There’s this idea that a woman can change a man if she is only sweet and pure enough, if she only keeps saying no, and holds out for marriage, forcing the interested party to change in order to obtain her. What is the difference between Carter the high school quarterback, and Carter, the man interested in the demure Christian girl who is unobtainable? Nothing.

The messages this sends to girls, it’s toxic.

Discuss Atretes’ anger and how it affected his decisions.

Interestingly, Marcus’ anger is not mentioned in his section. Marcus is an aristocrat. That he is handsy, a perpetrator of sexual assault and attempted rape, and has an anger problem goes unmentioned. Atretes the barbarian is the one with the anger problem. Because raw masculinity something something.

In what way did Atretes become sidetracked? What were some of the consequences?

I found this slightly confusing. I assumed it must apply to Atretes’ relationship with Julia and his decision to stay in Ephesus to be with her, rather than returning to Germania as planned, but it seemed unclear. Later, though, the character sketch offers a list of Bible verses that are meant to apply to Atretes. Among them is this:

Above all else, guide your heart, for it affects everything you do. Proverbs 4:23

In other words, it appears that the character sketch is referencing Atretes relationship with Julia. She sidetracked him. This feels somehow off to me. Perhaps this is why:

Mark out a straight path for your feet; then stick to the path and stay safe. Don’t get sidetracked; keep your feet from following evil. Proverbs 4:26-27.

Is Julia the evil being referenced here? How is having sex with a wealthy aristocrat evil while killing over a hundred individuals in the arena is not? After all, Atretes could have chosen death instead, but he didn’t. The priorities here just feel way, way out of whack. Falling for Julia was evil—but killing a friend in the arena, along with dozens of others, isn’t?

On the plus side, at least Atretes’ character sketch didn’t include any Bible verses about the wayward woman leading unsuspecting young men to the slaughter. Small blessings?

Last, we look at Julia.

Hang on a tick. Why is Julia the only one who gets dinged for this? Marcus did the same thing. In fact, Marcus intended to free Hadassah, and changed his mind when she told him she wouldn’t marry him.

As you think about Julia and the decisions she made out of stubbornness and pride, heck out the following Bible verses. They may reveal her motivations and challenge your own discernment.

Instead, the reader is told to think about Julia’s stubbornness and pride.

Blessed are those who have a tender conscience, but the stubborn are headed for serious trouble. Proverbs 28:14.

Pride leads to arguments; those who take advice are wise. Proverbs 13:10.

A prudent person foresees the danger ahead and takes precautions. The simpleton goes blindly on and suffers the consequences. Proverbs 27:12

It seems odd to me, too, that Julia is not portrayed here as selfish. I would have thought that that would be what she was taken to task for. How dare Julia want to be happy. Or even shallowness, maybe. How dare Julia want to go to parties and be popular. Pride and stubbornness are odd things to ding her for here. When exactly did she display these things?

And here we are, at the end. I wasn’t sure what to expect, going back through this book after having loved it so much as a teen. What struck me, even more then the many ahistorical aspects, was the way male abuse and violence was treated. Marcus isn’t criticized for being an abusive lout. He’s criticized for wanting premarital sex. Hadassah does not turn down his marriage proposal because he tried to rape her and sexually assaulted her multiple times. She turns it down because he is not a Christian.

A few weeks ago, a friend of mine brought up her divorce and said she wasn’t sure how she chose her partner so badly when she married. Later in the visit we discussed Voice in the Wind, as I was interested to know if she had read it. She told me that the book and actually been read aloud to her while she was being homeschooled. We discussed some of the themes, and how much we both loved the books as teens. “Maybe that’s how I chose so terribly!” she said with a short laugh.

Many of my readers here noted that Rivers was a romance novel author before she became a Christian and switched to writing Christian romance. It would be interesting to go back and read some of her earlier work. I imagine we would find many of the same themes—abusive, handsy men and women who are smitten with them nonetheless. What’s baffling is not that she would bring these themes into her Christian romance, but that so many evangelical leaders would praise her work.

I’m glad I revisited Hadassah, and I’m almost sorry to leave her. Having spent several years looking at this book, I feel like I have a lot more closure for—and a better grip on—a particular period in my life as an evangelical teen.

Next week we’re going to start a review series looking at another of Michael Farris’ novels, Forbid Them Not. I do, however, plan to post a few thoughts about the sequel to Voice in the Wind, probably in the upcoming weeks. We’ve already discussed it in brief, but I did a read-through recently and marked some spots that I found particularly interesting. 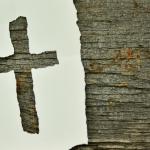 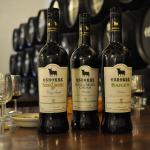 April 28, 2018 Saturday Link Love: Nazis, Spirits, and BA Marriages
Recent Comments
0 | Leave a Comment
Browse Our Archives
get the latest from
Nonreligious
Sign up for our newsletter
POPULAR AT PATHEOS Nonreligious
1 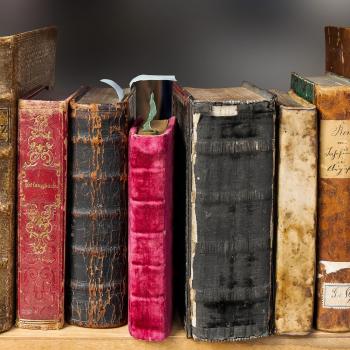 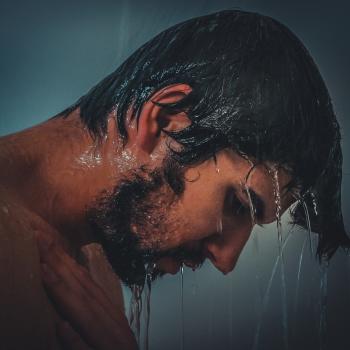 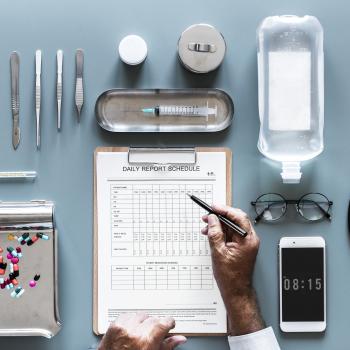 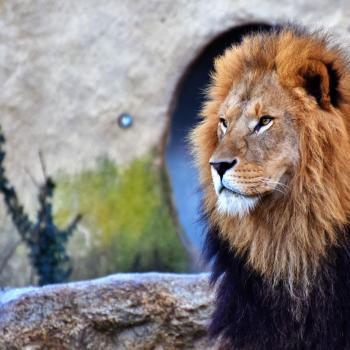