“This Body Is Not Our Own”

Lori Alexander recently posted a piece written by Karissa Collins titled “Fertility Isn’t Forever.” I thought I’d take a look. I’ve read plenty of secular pieces berating young women for waiting longer to have children than in the past, but I suspected this piece wasn’t quite that, because, well, it was on Lori Alexander’s blog. And Lori isn’t just about ensuring that women have the two replacement children so many in society seem to think they owe.

Lori is part of the movement I grew up on—something I’ve sometimes seen as militant fecundity. Lori wants to see women having big families—8, 10, 12 children, or more.

Many people look at my large family of almost ten and their minds are screaming…”NO THANK YOU.” I get it. I recently encountered a pregnancy announcement for baby number 16. My mind screamed..”IS THIS EVEN POSSIBLE?” It looks scary. It looks impossible. It doesn’t look like much fun.

It’s difficult to effectively argue with someone who holds this point of view. Everyone wants a sense of purpose and meaning in their lives, and this view—everything Karissa writes above—provides a sense of purpose and meaning. When being at home with her almost ten children becomes stressful, she can remind herself that she’s doing this for a reason—an eternal purpose.

I suspect that something similar is going on here. There are, after all, many women who are homemakers with a passel of young children, out of the workforce for a variety of reasons. Believing that you are there for an eternal purpose, with an eternal reward, is going to be more gratifying than, say, the reality that you’re at home because your low-wage job wouldn’t pay for childcare and you don’t have the education to achieve a more lucrative (or fulfilling) career (as is the case for many women who become stay at home moms).

So while we may look at Karissa’s declaration that “this body is not our own” with some amount of horror, she may actually experience this statement as empowering. Karissa believes that God is using her body, working through it for an eternal purpose.

The reality is that God only gives one (maybe three) babies at a time (naturally that is). There is a ten month preparation time. And our fertility isn’t forever. God opens and closes our wombs. Menopause does happen. And when it does, we miss what we don’t have (I’m sure Sarah went through this phase, yet God still opened her womb at an old age).

This bears discussion as well. Karissa argues that if women trust God to choose how many children they have, he will personally direct, guide, and plan their fertility.

When I was in college, I studied the Bible with some friends, focusing on the power of the Holy Spirit. I absolutely loved the idea that the Holy Spirit could guide us and work through us, if we just let go and let it. And I tried that, too. If I felt like I should talk to someone I didn’t know much but had seen around, I did so, on the argument that that was the prompting of the Holy Spirit. The idea that if I let go a divine power would guide me was intoxicating. I suspect something similar is going on here.

Imagine believing that a deity was personally guiding everything about your life. You lose a job? That’s okay! That was clearly God’s plan. You wanted to buy that house but you hesitated and it fell through? Don’t feel bad! That was God’s plan! You lost a chance at promotion? Clearly God has a plan for you where you are! Karissa is apply this same way of thinking to her fertility. You got pregnant two months after your last baby and you feel overwhelmed? It’s okay! God planned this, and he will give you strength to do it.

Just because you trust God with your family size doesn’t mean you will be exploding at the seams. Although I will say that it is a lot more fun than it looks. It is very rewarding and a lot easier than you can imagine. No, it isn’t easy. No matter how many children you have, it isn’t easy. It will always require sacrifice and heartache. But the rewards of raising God loving and God-serving disciples for Christ is limitless. It is simply eternal.

This section is all sorts of up and down. Letting God plan your fertility doesn’t necessarily mean you’ll have sixteen kids—but if you do, it’s more fun than you’d think! Raising a large number of kids isn’t easy—but then nor is raising one or two children! And then there’s the conclusion—it will always require sacrifice and heartache (but that’s okay, because the rewards are limitless and eternal). (I feel like I just exited a roller coaster.)

Now, we come to a problem. So far, I’ve focused on the women. But what about the children? Note that Karissa writes of “the rewards of raising God loving and God-serving disciples for Christ.” But what if some of her children choose their own paths? What then?

I have two children myself. I’m not raising them to hold any one set of beliefs. I do raise them with certain values—treating others with kindness and empathy, leaving the world a better place than they found it, contributing to their communities—but I haven’t bound my success as a person up in how my children turn out. And it sounds like Karissa has.

The ideas Karissa is articulating may serve some women well while their children are young—giving them a sense of meaning and purpose to carry them through the challenges of parenting multiple small children—but these same ideas set women up for shipwreck and disaster as their children grow old enough to choose their own paths. I’ve seen it happen. If you’ve invested your entire life—your purpose and sense of meaning—into raising children who turn out one specific way and that doesn’t happen, what then?

We can simply live for the culture. By their rules. By their limitations. By their standards. Or we can live by God’s. We can live for God. In His best. In His timing. And in His supernaturally possible.

What an honor it is to use our bodies as a vessel to bring forth life God creates. To know that the baby inside of us is fearfully and wonderfully made. That this baby has a plan and a purpose. An eternal plan. A greater plan than we can ever give them. That this isn’t our children, but rather God’s and we get to be a part of God’s greater plan. We get to be the vessel He uses.

Here, again, you can see the sense of meaning and purpose living this way provides Karissa.

Now for some caveats. I am not saying that every woman in this subculture is happy or fulfilled. Having this many children harms some women’s health. I have spoken with women raised in this subculture whose mothers ended up essentially bedridden, both by health problems and by growing depression or other mental health challenges, as the promises of smiling children and a well-run household seem further and further out of reach.

Because along with this view comes the pressure to perform. You can see this on Karissa’s facebook page. Every picture is perfectly curated. There’s certain sort of an image women in this subculture are expected to maintain. And to a certain extent, women in this subculture are promised access to that ideal—being surrounded by smiling, adoring children, a well-run home and a husband who sees and appreciates what you do. But that doesn’t always happen.

Consider another post on Karissa’s facebook page, which focuses on the importance of preserving marriage. In her post, Karissa portrays marriage in terms of sacrifice and pain. “Painful love,” she begins her post. “Any time we put ourselves in the opportunity of love, pain will come,” she says. “Love is never void of pain.”

I have no idea what she’s talking about. I don’t see love and pain as being intimately connected in the way she does, and that is not my experience in my marriage. Oh, certainly, I’ve been hurt by people I love. And the people you love can hurt you the most. But pain isn’t the first place my mind goes when I talk about love, and it’s not central to my experience of love or to my marriage. Of course, I don’t believe it is my duty to submit to and obey my husband, as Karissa almost certainly does—given that she’s a follower of Lori Alexander—and my husband doesn’t believe I’m supposed to obey him either.

I’ve seen women in this subculture find purpose and meaning in having child after child, while at the same time experiencing deep pain in their relationships with their husbands, whom they believe they are to obey. As Karissa explains in her facebook post, divorce is not an option in this subculture. Women are to obey, men are conditioned to be entitled, and the result can be deeply, deeply painful.

I frequently see women like Karissa—or Lori—write about how hard it is to make marriage work. It’s so much work, it’s so difficult, it involves sacrifice, and on and on. Divorce is not an option even if that is what we may selfishly want, they say. And I read these things and I wonder, do they realize what their comments seem to suggest about their marriages?

I’ve seen young people raised in this subculture decide never to marry based on watching the disfunction in their parents’ relationship, only to realize later that what they saw is not the only way to do marriage. I wonder sometimes whether women in this subculture realize how unattractive they make marriage sound to those outside of it (and, sometimes, to their own children). If you’re constantly talking about how you can’t get divorced, even if you selfishly want to, because that’s against God’s Word, there may be a problem in your marriage.

This may be one reason why many women in this subculture throw themselves so completely into their children, finding meaning and purpose in their ability to bear and raise children—and in the godly value this assigns them—regardless of the state of their marriages. And for some, for a time, this works. Until it doesn’t. And then there is pain there, too. 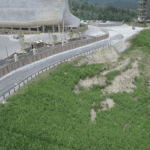 May 28, 2019
Noah did everything just as God commanded him
Next Post 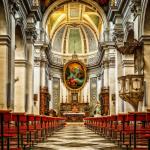