Why do we have so much gun violence in the U.S.? Why do we so many have mass shootings? Because reasons, that’s why.

NRA board member Ken Blackwell posted this meme to his Facebook:

The problem is not guns, it’s hearts without God, homes without discipline, schools without prayer, and courtrooms without justice.

If this really were the problem, we would expect countries with high levels of religiosity to correlate with lower rates of gun violence. But in fact, we seem to see the exact opposite.

According to the United Nations’ 2011 Global Study on Homicide, of the 10 nations with the highest homicide rates, all are very religious, and many — such as Colombia, Mexico, El Salvador and Brazil — are among the most theistic nations in the world. Of the nations with the lowest homicide rates, nearly all are very secular, with seven ranking among the least theistic nations, such as Sweden, Japan, Norway and the Netherlands.

This is not to say that religion makes countries more violent; the reality is far more complex, as rates of violence generally have more to do with other factors entirely. These numbers do suggest, however, that higher levels of religiosity does not make countries less violent. So much for Blackwell’s theory.

The spirit of mass-murder is the spirit of anti-Christ. Instead of pointing fingers at each other & sharing in that foul spirit, let us turn to God in repentance. Can it be that He has allowed this evil so that we will return to Him in prayer & repentance?

You know what? I don’t think I like this god Metaxas is selling. If I killed my child’s puppy to make him sorry he disobeyed me—or to make him love me—I would be a horrible person. Also, it wouldn’t work. All it would do is turn him against me, and for damn good reason.

Do Christians like Metaxas have any idea how unattractive they make their god sound to the rest of us? Or are they so ensconced in a bubble that they honestly can’t tell?

And, finally, the runner up goes to:

[P]erhaps the most nauseating reason we’ve seen put forward for “why this keeps happening here and nowhere else” is — I shit you not — because those other countries are “homogenous” and the United States is diverse …. apparently diversity (and not people fear-mongering about diversity) forces young men who are mad about diversity to go kill a bunch of people.

Mass shootings are almost always carried out by white men. So if they’re honestly going to blame mass shootings on the United States not being homogenous, the argument they’re actually making is that white Americans go on shooting sprees … because they can’t stand living around nonwhite people. So maybe, in that case, the problem isn’t diversity. Maybe the problem is white people.

I live in a diverse area, and it’s hard to wrap my mind around claims like this. I can go to a store or a restaurant and not see a single other white person, and … it’s fine. Nothing bad happens. It’s Tuesday. But then, I’m not Tucker Carlson, the Fox News host who asked this string of questions last September:

How precisely is diversity our strength? Since you’ve made this our new national motto, please be specific as you explain it. Can you think, for example, of other institutions such as, I don’t know, marriage or military units in which the less people have in common, the more cohesive they are? Do you get along better with your neighbors or your co-workers if you can’t understand each other or share no common values?

I can confirm that I get along very well with my neighbors—and none of them are white. The idea that Tucker Carlson apparently cannot even imagine this is what’s scary, not my nonwhite neighbors.

Frankly, Carlson’s question about whether you “get along better” with your neighbors or co-workers “if you can’t understand each other or share no common values” is terrifying because of what it reveals about how he thinks about diversity. I live around people from every part of the world, and we all share common values. We all want the same thing—a good life for our families, and especially our children.

Interestingly, I don’t think our problem is a lack of gun control alone. Do I think we need more, and more effective, gun control? Absolutely. But I think part of our problem, in the U.S., is a culture that treats violence as a solution. In the U.S., parents still hit children—and if you suggest they should stop, a large percentage of the country will get up in arms around it. Boys are still told not to be “sissies.” Masculinity and physical strength—and the willingness to use it—are inextricably linked in the public mind.

If the problem were only access guns, we wouldn’t see the level of police brutality we see, both on the streets and in our prisons—and we certainly wouldn’t see it defended. Why haven’t we been able to fix the problem of violence in our prisons? Because most Americans don’t actually care about guards beating up prisoners—or about prisoners beating up other prisoners. It’s what they deserved anyway, right?

I get it. Conversations like this are a lot harder than simply throwing up your hands and blaming mass shootings on the lack of prayer in schools. But if we actually want to find solutions, these are the conversations we need to have. 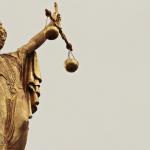 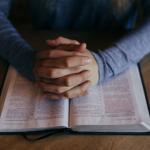 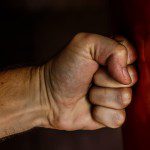 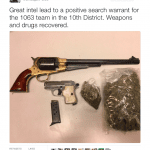 Nonreligious
And the Best Twitter Thread of the Week...
Love, Joy, Feminism 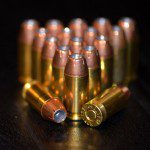 Nonreligious
What Does It Mean that Chicago Is Not...
Love, Joy, Feminism 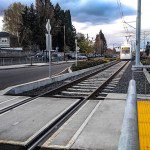 An awful anti-abortion legislation — and its religious...
The Hyde Amendment has forced millions of women already faced with discrimination...
view all Nonreligious blogs
What Are Your Thoughts?leave a comment
Copyright 2008-2020, Patheos. All rights reserved.