Door in the Dragon’s Throat: The Shaking Cavern

Our party of intrepid explorers has been climbing down the cavern known locally as the Dragon’s Throat. The ground levels out into a large room “that had to be at least the size of a sports stadium.

The air was perfectly still and silent; the cavern was cold, musty, and dark.

As they enter this room, they can still hear the strange rumbling vibration they noticed as they climbed down.

They could hear it vibrating in the resonant stone walls; they could feel it in their feet.

They also notice large chunks of stone that have fallen from the ceiling. I am curious whether they have done anything to assess the structural integrity of this cavern, or—given the rumbling—its propensity for earthquakes. This seems especially important given that Dr. Cooper’s wife died in a cave-in while excavating a tomb in Egypt. You would think being careful about this would be on the top of their list.

They divide into two groups, each moving along one wall around the large open room—the one that’s the size of a sports stadium. They use their flashlights as they go, examining the rock walls.

Remember how Dr. Cooper brought three workmen with him, Jeff, Bill, and Tom? These men are ciphers. We learn very little about them. Nothing, actually. They might as well not be there. I’m unsure what purpose their existence serves. This as close as we get to learning anything about any of them:

Across the way they could see the other party’s dancing beams of light, appearing as distant searchlights.

“Bill, how’s it going?” Dr. Cooper asked on his walkie-talkie.

“Fine as a frog’s hair. Nothing unusual,” came the answer.

Bill uses phrases like “fine as a frog’s hair.” That’s literally all we know about him. Would it have been that hard to develop them at least slightly?

It could be that these three adults are ciphers because the book focuses on the children. However, first of all, it really doesn’t, and second of all, that actually makes it weirder—if you’re 13 and you spend your time traveling the world with your dad and his three employees, you’d know exactly which one of them is your favorite, which one tells you to stay out of the way, and which one tells great stories.

Anyway, this brief breath of character development is interrupted by an earthquake. Yep, and earthquake. Who could have seen that coming?

Dr. Cooper didn’t finish his statement. His feet were feeling more than that mysterious rumble. The ground now seemed to be quivering. Gozan felt it too and began to whimper.

They all ducked under outcroppings of rock or pinned themselves tightly against the walls as the tremors increased. The earth was shaking under their feet; it felt like a giant freight train was passing only a few feet away, but there was no thunderous sound, only the plinking and plopping of pebbles here and there and the hiss of falling sand from the ceiling.

The earthquake eases with no major disaster. As they dust themselves off, Dr. Cooper shines his light at the ceiling, stating that “I really don’t want any surprise packages falling on me.” You know what they don’t do? They don’t leave the cavern or return to the surface. They don’t take time to regroup and do some analysis of the area’s seismology. Instead, they keep going.

They continued their trek through the big room, but it wasn’t long before Dr. Cooper’s walkie talkie squared with Bill’s excited voice, “Doc, I think we’ve found something!”

Dr. Cooper and his group hurry across the cavern to the side where they can see Bill’s team’s flashlights. And there it is. The Door. The Door in the Dragon’s Throat.

Jay shined his light forward, toward the very end of the empty room. “Take a look at this, Dad!”

The other beams of light all followed Jay’s, and Dr. Cooper looked on the sight with amazement. He felt his heart would stop as he stood there silently, his face etched with awe and fascination. Then he felt Gozan crouching, hiding behind him, and Gozan was the first to say anything.

There, in the distant wall of the huge room, was what looked like a massive, towering door. It could have been stone, it could have been iron; from here it was impossible to tell. The lower half was covered with fallen rocks from some ancient cave-in, but the upper half was clearly visible, reaching a height of some eighty fee toad a width of at least thirty. It was a dirty, dusty gray and appeared to have been there since time began, cut into that towering wall and sealed so tightly it almost seems da part of the wall itself.

Dr. Cooper was awestruck, as were the others.

Gozan could only tremble and mutter. “The legend is true! The legend of the Door is true!”

Dr. Cooper turned to Gozan and ask,d “So you’ve honestly never seen this Door before?”

Gozan shook his head, unable to take his eyes off the Door. “No, never. I’ve only heard the legends.”

Good grief. This seems like something Dr. Cooper should have asked Gozan about before they went into the cavern. You know: “So, tell me everything you know about this archeological job President Al-Dallam wants us to excavate.” Something like that. Gozan is their contact in Nepur. He’s the closest thing they have to an expert on the background of this particular dig. It would make sense to actually make some use of that expertise. If Dr. Cooper didn’t even realize Gozan had never seen the door himself, he clearly hasn’t taken the time to actually talk to and listen to Gozan. Instead, he’s been dismissing him.

At the beginning of this book, Al-Dallam asked Gozan to go down into the Dragon’s Throat with Dr. Cooper’s team. Al-Dallam said that he wanted first hand knowledge of what was down there, rather than only second hand knowledge through the various teams he’s hired to investigate the legend of the Door. Remember, Al-Dallam believes there is a treasure behind the door, and he wants it. That is why Gozan is down here now, while he remained on the surface when the previous teams went down.

“Well, someone must have seen it…”

Gozan laughed a nervous laugh and said, “Many, good doctor, but none have lived to tell about it.” Then he added with a gulp, “And neither will we!”

Dr. Cooper guided Gozan over to Jeff, who knew from Dr. Cooper’s glances that he was to keep control of this poor scared fellow.

Dr. Cooper approached the Door, stepping onto the pile of rubble that covered the Door’s bottom half.

“What kind of treasure could be hidden behind a door so large?” he wondered aloud.

I feel like this is not the sort of question a reputable archeologist would be asking upon finding this door. Sure, people don’t build doors and put nothing behind them, but I feel like the more immediate question would be why someone put a door here, what the purpose of the door was, how a door like this was constructed, and what time period it’s from, not “what kind of treasure” could lay behind it.

No one had time to answer. Suddenly, as if in response to Dr. Cooper’s approach, the earth began to quiver and shake again, but this time it was no small tremor.

Oh hey, you know what? Maybe they should have backed out after the first one to do some analysis! Imagine that! This earthquake is so severe that the party is thrown to the ground. They brace themselves or crouch among boulders that already litter the cavern floor, but the ground keeps moving.

To everyone’s horror, the ceiling began to shower rocks and boulders down on them; huge chunks came down with heavy thuds and dug into the floor. There were very few places to hide.

We’ll see how our hearty explorers survive this earthquake next week, but I just want to pause here to repeat, again, that that they should have left the area—or done something—after the first earthquake. Dr. Cooper ought to be especially concerned about safety in this area, too, because his wife died in a tomb cave-in. Although, I’m starting to wonder about why she died. This team doesn’t seem to be that interested in being careful, after all. Her death is starting to feel like it was maybe preventable.

And here Dr. Cooper is, not having learned any lessons from his wife, now putting his children in serious danger. I’m getting some serious Tara Westover Educated vibes.

January 23, 2020
How to Fix a Marriage, Patriarchy Style
Next Post 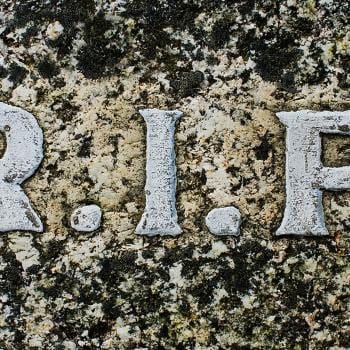 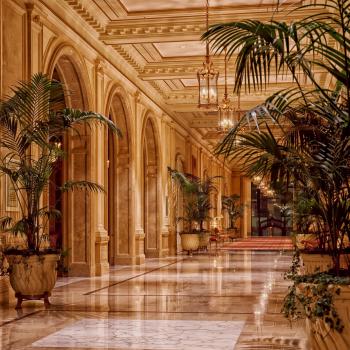 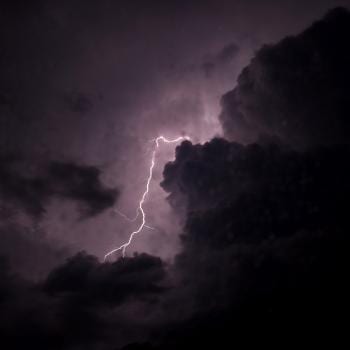 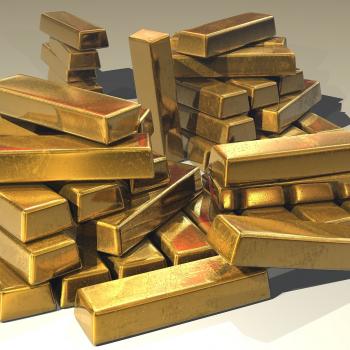