Disney has come a long way since its 1937 release of “Snow White and the Seven Dwarfs.” The quality of the films they produce – in regard to production, animation, and cinematography – has risen to new heights.

But the morality of their productions has sunk to a new low with the upcoming release of Disney/ABC’s “The Real O’Neals.”

One of the show’s executive producers is sex columnist and LGBT rights advocate, Dan Savage. Savage has a long history of vicious attacks on the Church and on morality in general. He really lives up to his name.

The show features a “typical Catholic family” that includes a daughter who steals what she collects for church charities, a parish priest who owns a Lexus in spite of his vow of poverty, a mom and dad who are divorcing, and a teenage son who believes he’s gay and trying to figure out how to come out of the closet.

The trailer has been recently released and is disgusting, which, I’m sure is exactly what Savage wants. Let me warn you that it’s ugly, so be prepared.

“The Real O’Neals” is supposedly based on Savage’s early life, and if that is so, I’m sad for him. Perhaps it’s so painful for him that he’s compelled to make others believe that’s the norm.

What’s portrayed in “The Real O’Neals” is not the norm.

Divorce, homosexuality, and embezzlement do happen in Catholic families, but it is not the norm, and it’s certainly not the model. There are priests who live in excess, but not all priests do. The Real O’Neals does not depict the “typical Irish Catholic family,” but Dan Savage wants us to believe so in order to destroy the Catholic Church.

And Disney is helping him do it.

Thank God (literally), there’s something we can do about it.

Do you remember the Battle of Lepanto? The battle, which took place on October 7, 1571, has become known as the “battle that saved the Christian West.” It’s considered the most important naval conquest in human history because during the battle, the fleet of the Holy League defeated the fleet of the Ottoman Empire against impossible odds, stopping the expansion of the Ottoman Empire.

The Holy League fleet fought gallantly, but the real power behind the victory was the Rosary. At the time of the battle, Pope Pius V had a premonition that the victory would be won through the Rosary prayers of the Faithful. The Rosary was prayed, and the battle was won.

Now we face another Lepanto battle of sorts – the Savage attack on the Church through “The Real O’Neals.” Simply because the show’s pilot has been produced does not mean the show will succeed, and we can see to its demise by taking up our Rosaries and praying for victory over evil.

We also can sign the change.org online petition to cancel the show .

So, I’m following up on the post by my colleague, Kate O’Hare, alerting folks to the dangers of “The Real O’Neals” by issuing this call to

3)Get the word out

The show hasn’t aired yet. We still have time – but not much! 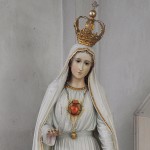 May 13, 2015
Got a minute? Help save the world by praying the Fatima prayer with me.
Next Post 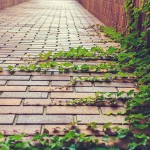 May 16, 2015 Three Life-Giving Facts about Prayer
Recent Comments
0 | Leave a Comment
Browse Our Archives
Related posts from Catholic to the Core