SCOTUS Decision: Who has the final word on gay marriage?

SCOTUS Decision: Who has the final word on gay marriage? June 26, 2015 Marge Fenelon 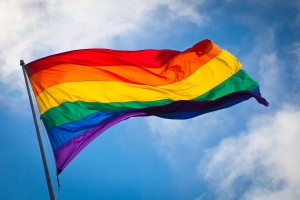 Today in a 5-4 decision, the Supreme Court of the United States ruled that gay “marriage” is legal in all 50 states.

Albeit a tragic decision, at least for the time-being it’s a reality. In spite of the fact that SCOTUS is not only tampering with states’ rights and God’s design, we’re now left to deal with the fallout of their folly.

No matter what authority is given the Supreme Court to declare things legal (or not legal, for that matter), it cannot be given the power to change the Truth. God alone holds that power.

This morning, Archbishop Joseph E. Kurtz of Louisville, Kentucky, president of the U.S. Conference of Catholic Bishops (USCCB), issued a statement in response to the SCOTUS ruling.

“Regardless of what a narrow majority of the Supreme Court may declare at this moment in history, the nature of the human person and marriage remains unchanged and unchangeable,” he wrote.

First, we need to keep in mind that is was a “narrow majority” of justices that vote for legalized gay “marriage.” Supreme Court decisions can be overturned; many have in the past.

Second, the gay “marriage” issue is not so much a question of civil law as it is a question of the nature of the human person as God intended it to be. That’s in the realm of divine law.

“The unique meaning of marriage as the union of one man and one woman is inscribed in our bodies as male and female, ” he continued. “The protection of this meaning is a critical dimension of the ‘integral ecology’ that Pope Francis has called us to promote.”

Today’s decision is a blunder on the part of SCOTUS, but it isn’t cause for despair. 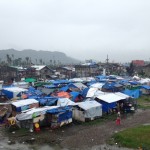