Total Darkness: What the Planned Parenthood videos tell us about ourselves

“Today at the Cave of the Mounds, the lights were put out and we stood in total darkness. I guess that’s where the US Senate was today, too.”

That’s what I posted as my FB status this past Tuesday, August 3. 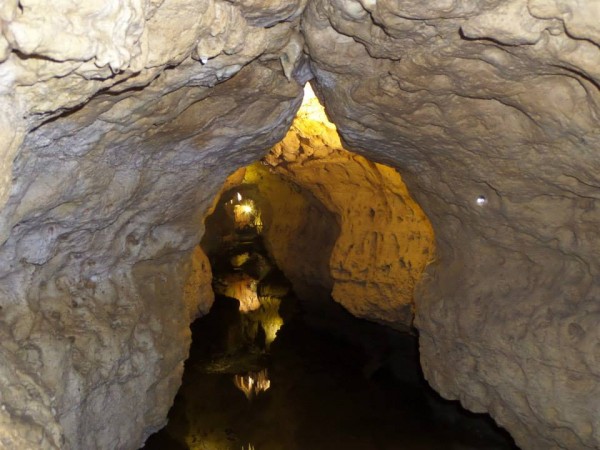 Cave of the Mounds is a National Natural Landmark located in Southeastern Wisconsin. It was discovered beneath a lead  mine and is considered the “jewel box of America’s major show caves.”

My  husband, youngest son, and I visited there and were amazed by the cave’s exquisite beauty and intriguing formations.  It’s not hard to see why it’s considered a National Natural Landmark – it truly is a treasure.

We took the guided tour through the cave, and at its deepest part our guide gathered us together and then put out the lights so that we could experience total darkness.

In a cave that far down, there is complete absence of light. It’s nothing like I have ever experienced before. It’s darker than any darkness I’ve ever known.

I used to think that “dark” was when we were up in the Northwoods of Wisconsin with all the lights out. But that’s nothing compared to the darkness inside Cave of the Mounds. Out of the woods, there can still be some starlight or moonlight, or a faraway glow  from a distant town. But deep inside the cave, there are no stars, no moon, and no distant cities

There is only darkness.

The weirdest thing about being in total darkness is that you have no sense of direction. It’s hard to tell what’s north or south, left or right, up or down. There are no features or objects to give you bearing.

Your just there with only darkness.

And in this consuming darkness, you even lose your sense of self or others. Since you can’t see the people around you, you feel so completely alone. And without  perceiving the presence of others, it’s difficult to even perceive yourself – where you’re at in relation to the people and things around you.

Our guide explained that creatures who live in caves  don’t have eyes because they don’t need them. In total darkness, they’ll never be able to see anyway.

Total darkness is the total absence of light.

When we returned home from the Cave of the Mounds, I read  in disbelief the sad news that the U.S. Senate had voted against the defunding of  Planned Parenthood.   How was that possible?

After the release of the first four (and now a  fifth) undercover videos taken by the Center for  Medical Progress documenting the selling of baby body parts  (and intact aborted babies) for  research, it should have been as plain as the nose is on their faces that  Planned Parenthood must be not only defunded, but stopped in its tracks from this  heinous  undertaking.

But the Senate did not vote to defund Planned Parenthood. Why? Because it had succumbed to the darkness.

Total darkness is the total absence of Light.

This time, it not physical light that appears to be  absent, but rather spiritual Light – Jesus Christ. When we let go of Christ as our guide, we move from the Light to total darkness, deeper into the cave of godlessness and narcissism and away from all that he taught us.

In total darkness, we lose our  sense of direction – north or south, left or right, up or down,  right or wrong, justice and injustice, charity and cruelty.  We lose our perception of self and others and forget that God created every single one of us in his image and with great love – even those “intact specimens” that Planned Parenthood is procuring for financial remuneration.

If we stay in the darkness, we’ll no longer need eyes to see, because without the Light, there won’t be anything to see anyway.

How did ever come to this?

It didn’t happen all at once; it came upon us gradually as we were moving inch by inch into the darkness.

St. Mother Teresa of Calcutta called it back in 1994 when she spoke at the National Prayer Breakfast in Washington DC.

She said  that it begins with the contraception mentality:

Any country that accepts abortion is not teaching its people to love, but to use any violence to get what they want. This is why the greatest destroyer of love and peace is abortion.

Step-by-step, we’ve been led into the  pit of the cave –  some innocently, some ignorantly, and some intentionally.

But as a society, that’s where we’re headed and as a result we’re losing our bearing.   Those of us who still cling to the Light must become stronger in our faith and work diligently to lead others  back to him.

Total darkness is the total absence of Light, but there still is Light at the end of the tunnel. With God’s grace, we’ll find it.