During the Holidays It Helps to Remember Jesus’ Family Was a Mess Like Yours December 18, 2017 Mark Driscoll 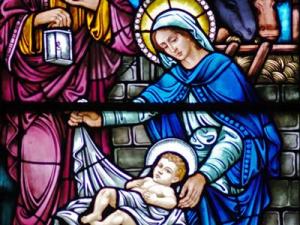 The first page of the New Testament reads like an ancient Hebrew phone book. Name after name of people who lived a long time ago. Matthew begins his gospel with a genealogy that most people just skip, but it’s there for an important reason.

The family line of Jesus would have been scandalous to the original audience: devout, religious people. It was their family line, but the episodes it highlights are not exactly a highlight reel of heroism.

By showcasing the sordid details of the family, God uses the genealogy of Jesus to emphasize the fact that that we are all sinners and we all need to be born again by Jesus into a new family. The human ancestry of Jesus includes adultery, murder, incest, and prostitution. There are some serious knots in Jesus’ family tree! But the prevailing message is that no matter who we are, where we come from, or how bad we are, there is room for us in Jesus’ family.

For over a thousand years, God’s people awaited the coming of their Messiah, a deliverer who would take away their sins, conquer their enemies, and usher in his kingdom. God raised up prophets to continually call his people to turn from their sins and trust in the promise of his coming. After the ministry of the prophet Malachi, however, there came 400 years of silence in which no prophet spoke for God to his people.

During that time, the religious leaders and teachers began to put their hope in their own goodness, morality, and obedience to God’s laws. They grew increasingly legalistic in their behavior and also increasingly judgmental of other races and cultures, believing they were better than other people, and were blind to their own sin of self-righteous pride.

Into this people and time, Jesus was born to a virgin teenager from a dumpy rural town. Later, one of the disciples who traveled with Jesus was a Jewish tax collector named Matthew.

People considered Matthew the equivalent of an IRS agent with a part-time job as a terrorist because he collected taxes for the oppressive Roman government and obtained his salary by extorting excessive amounts from the poorest and most vulnerable people. He went from crook to Christian and followed Jesus’ ministry, death, burial, resurrection, and ascension back into heaven. After, the Spirit of God inspired Matthew to write the book of the Bible bearing his name.

Matthew opens his eyewitness account of Jesus’ life with a list of names: the genealogy of Jesus’ family on his adoptive father Joseph’s side. Matthew wrote his Gospel in large part for the Jews to prove that Jesus was the long-awaited Messiah who fulfilled all of the Old Testament promises about the coming of the Savior.

Therefore, he begins his gospel by stating that Jesus was the fulfillment of God’s covenant to David, which promised that the Messiah would be a king who ruled over an everlasting kingdom, and the fulfillment of God’s covenant to Abraham, which promised that all people would be blessed because of the Messiah.

One intriguing aspect of Matthew’s genealogy is the inclusion of women, which was uncommon. Even more intriguing is the type of women who are mentioned as members of Jesus’ family, namely Tamar, Rahab, Ruth, Bathsheba, and Mary.

Tamar slept with her father-in-law

MATTHEW 1:3; GENESIS 38
Judah had chosen Tamar as a wife for his son, Er. But Er was such a wicked man that God killed him. Judah then ordered Er’s brother, Onan, to marry the widow in order to produce an heir, as was the legal custom of the time. Onan was happy to sleep with Tamar repeatedly, but he refused to impregnate or marry her, and so she was forced to live as a widow.

Eventually, Judah’s wife died, and Tamar disguised herself as a prostitute and waited for her father-in-law by the side of the road. Judah picked her up and slept with her, impregnating her with twin boys. Judah still didn’t know the identity of the prostitute when he found out that Tamar was pregnant, so he ordered that she be put to death. In a great Jerry Springer-like plot twist, however, Tamar revealed that Judah was grandpa-daddy, so he cancelled the death sentence.

Rahab was a prostitute who lied

MATTHEW 1:5; JOSHUA 1–2, 6:17; HEBREWS 11:31; JAMES 2:25
The name Rahab means pride, insolence, savagery. She was a Canaanite, people who were great enemies of God and his people. Vocationally, she was a prostitute, but is best known for being a good liar.

God had promised he would deliver Rahab’s city of Jericho to Joshua. Joshua sent two spies from Shittim to Jericho for reconnaissance. The spies were pursued by enemy soldiers, but Rahab hid the men in her home, lied to the soldiers, and spared the lives of God’s spies. She then converted to Jehovah and eventually became the great-great-grandma of King David.

Ruth was the result of incest

MATTHEW 1:5; GENESIS 19:30–38; RUTH 1–4
Ruth was a Moabite, an entire race of people who came about through incest. A man named Lot thought the world was about to end, so he headed for the hills (literally) with his two daughters. There weren’t any other men in the mountains, so his daughters got their father drunk and had sex with him, and the Moabite people came out of those children conceived by Lot’s daughters.

The Moabite people carried that stigma into Ruth’s day, but she converted to Jehovah after her Jewish husband died, and she became one of the godliest women in the Bible. She got married again, this time to a godly man named Boaz, and became King David’s great-grandma.

MATTHEW 1:6; 2 SAMUEL 11
Uriah the Hittite, a soldier in King David’s army, was married to a beautiful woman: Bathsheba. Uriah went off to battle while David remained safe at home. While David was strolling on his rooftop one day, he saw Bathsheba bathing. He was so taken with the woman that he had her brought to his palace, where he seduced her. She later informed David that she was pregnant.

After a botched attempt to cover up the scandal, David conspired to abandon her husband on the front lines so that he would be murdered by the enemy. David’s plan was successful, and Bathsheba the adulteress became the wife of King David and mother to King Solomon.

Mary had a bad reputation

MATTHEW 1:16, 1:18–2:23
Mary was a godly young woman who was betrothed to a carpenter named Joseph when God spoke to her and told her that she would give birth to Jesus. At first, Joseph was grieved. Understandably, he believed she had been unfaithful to him. But then an angel appeared to him and explained that Mary was still a virgin and that her child was the Savior born in fulfillment of Isaiah 7:14.

Joseph obeyed the Lord, married Mary, and adopted Jesus and became his dad. Throughout their life, however, people doubted Mary’s story, and many wrongly believed that she was a sinful, perverted, unfaithful liar. She was a wonderful woman with an awful reputation.

After a long line of sinners, Jesus came to live without sin, though he was tempted to sin in every way that we are. Upon his death, all of the sins of his people were placed upon him, and he died to pay the penalty for our sins. His resurrection was the defeat of sin and death.

By opening his book with an honest account of Jesus’ heritage, Matthew, the extortionist-turned-pastor and Bible author, is telling us that there is room for all of us in God’s family, by grace. There is room for men and women, rich and poor, young and old, moral and immoral, Jew and Gentile, perverted and virgin, religious and irreligious, liars and truth tellers, murderers and their victims in the family of God, by grace. There’s room for you no matter what you’ve done or what your family history may be. There’s also hope for your family, now matter how messed up they might be, because they are probably not worse than Jesus’ family. 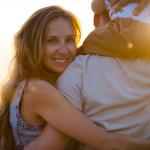 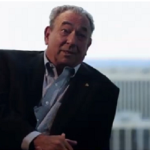 December 20, 2017 My Old School Interview with R.C. Sproul
Browse Our Archives
get the latest from
Pastor Mark Driscoll
Sign up for our newsletter
POPULAR AT PATHEOS Evangelical
1