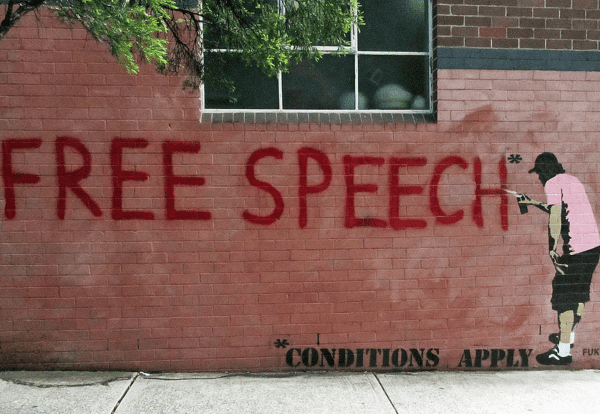 Free speech, a right many freedom movements have fought for, has recently become a tool appropriated by hegemonic institutions. It has not just empowered students from marginalized backgrounds to voice their qualms and criticize aspects of the institution, but it has given those who seek to perpetuate systems of domination a platform to project their bigotry. Thus, if “our mission is founded upon the discovery of truth,” how does free speech uphold that value? The notion of discourse, when it comes to discussions about experiences and identities, deters the ‘Columbusing’ of established realities and truths (coded as ‘intellectual inquiry’) that the institution promotes. Pomona cannot have its cake and eat it, too. Either you support students of marginalized identities, particularly Black students, or leave us to protect and organize for our communities without the impositions of your patronization, without your binary respectability politics, and without your monolithic perceptions of protest and organizing. In addition, non-Black individuals do not have the right to prescribe how Black people respond to anti-Blackness.

They go on to characterize the ever-reasonable Heather MacDonald as a hateful, ignorant bigoted racist:

The idea that the search for this truth involves entertaining Heather Mac Donald’s hate speech is illogical. If engaged, Heather Mac Donald would not be debating on mere difference of opinion, but the right of Black people to exist. Heather Mac Donald is a fascist, a white supremacist, a warhawk, a transphobe, a queerphobe, a classist, and ignorant of interlocking systems of domination that produce the lethal conditions under which oppressed peoples are forced to live. Why are you, and other persons in positions of power at these institutions, protecting a fascist and her hate speech and not students that are directly affected by her presence?

And of course, they demand that the university punish anyone who disagrees with them… especially journalists:

To conclude our statement, we invite you to respond to this email by Tuesday, April 18, 2017 at 4:07pm (since we have more energy to expend on the frivolity of this institution and not Black lives). Also, we demand a revised email sent to the entire student body, faculty, and staff by Thursday, April 20, 2017, apologizing for the previous patronizing statement, enforcing that Pomona College does not tolerate hate speech and speech that projects violence onto the bodies of its marginalized students and oppressed peoples, especially Black students who straddle the intersection of marginalized identities, and explaining the steps the institution will take and the resources it will allocate to protect the aforementioned students. We also demand that Pomona College and the Claremont University Consortium entities take action against the Claremont Independent editorial staff for its continual perpetuation of hate speech, anti-Blackness, and intimidation toward students of marginalized backgrounds. Provided that the Claremont Independent releases the identity of students involved with this letter and such students begin to receive threats and hate mail, we demand that this institution and its constituents take legal action against members of the Claremont Independent involved with the editing and publication process as well as disciplinary action, such as expulsion on the grounds of endangering the wellbeing of others.

Here’s the thing.  Apparently, Claremont Pamona is failing its students by not teaching them how to reason or argue their political points without asking Momma and Daddy administration to take up their battles for them.  It used to be that college was where students went to grow up, to learn, to have their viewpoints challenged and expanded. Now, it’s a place for coddled kids to become coddled adults.   As National Review put it, this is par for the course of what is being taught on college campuses around the nation: “… its core assertions include the belief that ‘marginalized’ communities get to define social justice however they see fit and should possess the power suppress the civil liberties of all those who disagree. These are the people who terrify campus administrators, and these are the people who so far have been empowered to disrupt our campuses without consequence.”

Thankfully, as students get more and more brazen, parents can make better decisions about where to send their kids to school.  Spending hundreds of thousands of dollars for the privilege of having condescending liberals indoctrinate and bully new students is becoming less and less appealing. 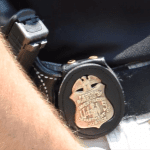 April 17, 2017
Fresno State reports its own professor to the FBI over his 'Trump must hang' tweet
Next Post 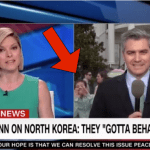 April 18, 2017 Watch this kid brilliantly troll CNN’s live coverage at the White House Easter Egg Roll
Recent Comments
0 | Leave a Comment
"Not a backbone of steel, just tired of the BS from 503 leaders. We have ..."
Avery Horton Oregon Union Organizer Admits: the Janus ..."
"Hate speech is bullying. It invariably occurs where the perpetrator is safe in the majority ..."
Michel University of Kentucky’s Bias Response Team ..."
"To stop defending speech which advocates racism and even insurrection is a wise move. Why ..."
Michel Secret ACLU Memo Revealed: It Will ..."
"How weak. Maybe since he was a "liberal", that motivated his attack.How desperate the white-right ..."
Michel Finally! Angry Kentucky Liberal to be ..."
Browse Our Archives
Related posts from Mark Meckler