Yet Another Folk Hero Who Is Obviously Dodgy

Walid Shoebat has been around for several years, announcing himself as a former Muslim terrorist who became a devout Christian and telling conservative Christians exactly what they want to hear. Lately, he has taken to making demented pronunciations about the glories of Putin’s Russia as the last bastion against anti-Christ.

CNN did a little digging on the guy and the evidence is clear that he is obviously shady and unreliable:

This not-at-all-sketchy guy has provided us with helpful advice about engagement with radical Muslims like “Kill them all, including the children“. Who couldn’t be taken in with such a solid personal history, as well prophetic and moral insights like that? 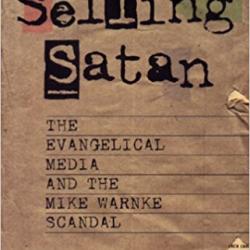 Catholic
Is Sasquatch the Antichrist?
Catholic and Enjoying It!
TRENDING AT PATHEOS Catholic