That thing of when the Christian adulterous creeper

That thing of when the Christian adulterous creeper November 15, 2017 Mark Shea

passionately decides to back the Christian pedo creeper when he finds out he’s a pedo creeper–just out of spite:

“God’s Name is blasphemed among the Gentiles because of you.” – Romans 2:24

By the way, it doesn’t *have* to be this way.  There are Christian conservatives with real integrity, such as Russell Moore:

But the bulk of Christian conservative have made clear that guys like Moore are persona non grata while shouting “Give us Barabbas D’Souza!” and whoring after sex predators who promise them earthly power.

In the end, all such will be brought to shame and the choice of either repentance or ruin. 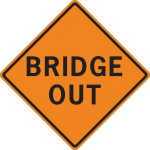 November 15, 2017 Rebecca Hamilton is Back!
Recent Comments
0 | Leave a Comment
"Late to the game, but while I agree with him that the end doesn’t justify ..."
Catherine Hobbs Building Bridges of Trust vs. Winning
"I also think netflix is more evil than good, the things they have and support ..."
Jackson A reader struggles with scruples about ..."
"I am pretty sure remote cooperation is evil unless with proportionate reasons..."
Jackson A reader struggles with scruples about ..."
"Just one nit - the Dickey Amendment (the bit of law that supposedly "forbids" the ..."
Jon Heresy of the Day: Antinomianism
Browse Our Archives
get the latest from
Catholic
Sign up for our newsletter
Related posts from Catholic and Enjoying It!

Catholic
All the Horrific Details...
Catholic and Enjoying It!