Hey Washington! The American Solidarity Party Invites you to March for Life Today!

“Pro-Life for the whole life” is a core belief of the American Solidarity Party. This Monday marks the 45th anniversary of the Roe v. Wade decision of the supreme court, a case which opened the floodgates for the death of millions of unborn children and the establishment of abortion as big business.

On Monday, January 22nd, many members of our party will be at the state capital for the WA March for Life. This event gathers thousands of individuals who wish to make a statement to our lawmakers that the right to life for all people, born or unborn, must be preserved.

The March and Rally will be at 12:00PM. We will have a blue ASP banner and will be positioned on the capital steps. After the rally, we’ll have lunch in the Joel Pritchard building (the cafeteria behind the capital).

After lunch, we go out and meet with our elected officials. This can sound scary, but the great thing about our position is no matter the political party of your representative, you will have common ground. If your representative is a Democrat, lead with our common position against the death penalty to build a bridge before discussing the unborn. With a Republican, start with the seminal issue of abortion before going into the need for funding to protect and assist those same mothers who chose life and the importance of a consistent life ethic regarding the death penalty.

For those who are interested, there will also be a Catholic “Mass for Life” at St. Martin’s University at 9:30.

We look forward to seeing many of you at the capital this Monday.

Also, you can look for news about our next State Chapter meeting soon! 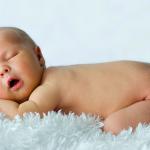 Catholic
I had Lillian Vogl, the Chairwoman of the...
Catholic and Enjoying It!

Catholic
I endorse Mike Maturen and the American Solidarity...
Catholic and Enjoying It!
TRENDING AT PATHEOS Catholic