So I’ve been on vacation since last Thursday at our Hidden Island Redoubt. As photographic evidence, I offer this picture of grand-daughterly bliss:

One of the things I customarily do when I will be away is try to load various bits of Interesting Things into the hopper ahead of time.  Then it feeds out on to the blog while I am sitting around the campfire with family and loved ones, singing songs and dandling adorable grand-daughters on my knees, like this! 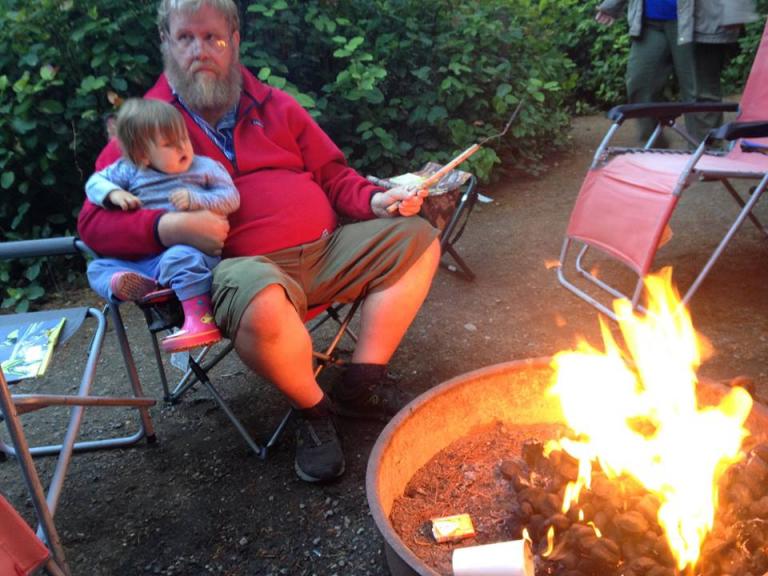 There is a certain quality of randomness to these posts since they are not in response to the day’s news, given that the day’s news has not happened yet.  As it happened, the day’s news was still a week ahead when I posted this past weekend’s stuff.  So as I poked through my mailbag, I found sundry interesting letters from folk around the globe, including a very sweet priest friend in Ireland who had sent me some stuff on Irish Death Customs that I thought might be interesting to somebody.

So I tossed it in the hopper along with a bunch of other stuff (some of which has not yet run).  Then off I went to our Hidden Island Redoubt, there to frolic in sunshine and visit the English Camp on San Juan Island as well as see deer, take long walks and enjoy long naps.  The plan was foolproof!  I would return to a grateful readership who would, with one voice, cry out, “Thanks for that curious article on Irish Death Customs, Mark!  We loved it!”

Well, lo and behold, it turned out that Ireland would vote to repeal the 8th in the Future, when I was vacationing.  So the article on Irish Death Customs went over like a lead balloon and some of my readers, with their keen gift of mind-reading, just knew that I posted it out of tin-eared spite, or something.  Because everybody knows how much I approve of abortion, secretly.  Or something.

So I took the article down since it seemed pretty inappropriate, once I returned yesterday.  That too was part of my evil plan, it seems.  Because Reasons.  Evidently I was trying to hide my tracks or silence commenters or something nefarious.  Because I’m just that bad.

At any rate, here’s my worthless thoughts on the Irish vote, now that I am writing in the Future and know what happened.

It’s a shame, but not a surprise.  Abortion happens, not because women think abortion is fun, nor because they are just a bunch of sluts, but because we have a predatory “food chain” system in which the Strong are allowed to prey on the Weaker and the Weaker are pressured to kill the Weakest.  So what we consistently do is pit the Weaker against the Weakest while exonerating the Strong of responsibility.  Ireland is complicit  in that system and has reached a point where the Weaker have acquired just enough political and economic clout to do what we Americans do: direct the power downward and destroy the Weakest, not direct the power upward and confront the Strong.  Ireland chose, not to create better and more just prolife laws that respected women *and* children, but to get rid of laws that disrespected women by inflicting even more disrespect on the unborn, all while the Strong continue to get what they want without consequences.

That is the regime we Americans have lived under for 45 years and Ireland can watch us as we continue to strengthen our predator/prey regime to see where it will go.  It will not lead to liberation in the end.  It will lead to the system the US is now moving into high gear: where the wealth and power are concentrated ever more intensely into the hands of a tiny minority while the majority watch their future be eaten by that minority and war among themselves for the scraps.

That is why we have a system of abortion in this country where the “prolife” party does all in its power to put enormous pressure on the poor to kill and limit their young by robbing them of a living wage, health care, education, and a decent retirement, while pretending to oppose abortion and using the unborn as human shields for that agenda.  Meanwhile, the other party, lacking the guts to confront the Strong predator, instead sides with the Weaker against the Weakest and calls it “compassion.”  Nobody in this country has the will to confront the Strong.

We see the same pattern played out, not only with abortion, but with race as well.  The Strong tell the poorer whites “Look out!  That brown guy is gonna take your job!” and they fall for it every time.

Or consider this classic lie used by the Strong to pit the Weaker against the Weakest: 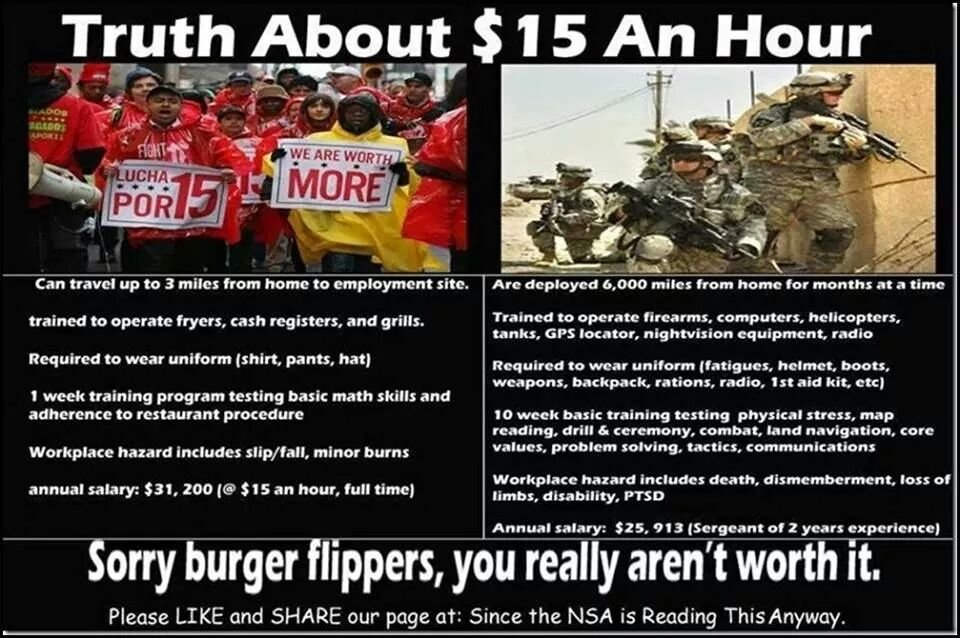 Exact same pattern.  The Strong who underpay the soldier use their abuse of the soldier and his destitute (and frequently-on-welfare family) as human shields in order to justify screwing the poor person who cannot live on the minimum wage job.  The winner, as ever, is the economically and politically well-connected and powerful Strong, who wins by pitting the Weaker against the Weakest.

That is Ireland’s future–and it is our present.

Meanwhile, the only thing that could have presented a serious moral challenge to this system of predation was the gospel.  But there, as here, the Church’s witness was wrecked by a priest abuse scandal and by a hierarchy too cozy with earthly power that lost the respect of the flock.  The Irish prolife movement did its best and bore a noble witness refreshingly unencumbered with prostitution to an American Trumpian cult of death, but it was just too weak against the tidal force of our predatory economic system now largely untethered from the gospel.

Here is hoping that the reforms and example of Good Pope Francis will help lead the Church back to a radical commitment to an apostolic witness of the Church as siding with the least of these *consistently*.  It will be badly needed when our economic system finishes its transformation into a kleptocracy and everyone but a small oligarchy is the Weakest.  That was the world into which it was born and to which it bore radical witness.  Radical witness is needed again.

May 29, 2018 Pete Vere on Phil Lawler's Ongoing War on the Holy Father
Recent Comments
0 | Leave a Comment
"Late to the game, but while I agree with him that the end doesn’t justify ..."
Catherine Hobbs Building Bridges of Trust vs. Winning
"I also think netflix is more evil than good, the things they have and support ..."
Jackson A reader struggles with scruples about ..."
"I am pretty sure remote cooperation is evil unless with proportionate reasons..."
Jackson A reader struggles with scruples about ..."
"Just one nit - the Dickey Amendment (the bit of law that supposedly "forbids" the ..."
Jon Heresy of the Day: Antinomianism
Browse Our Archives
get the latest from
Catholic
Sign up for our newsletter
POPULAR AT PATHEOS Catholic
1

Catholic
Maria Steen Battles for Life
Catholic and Enjoying It!

Catholic
An Irish Reader on the Gay "Marriage" Push...
Catholic and Enjoying It!

Catholic
The Monks of Melleray...
Catholic and Enjoying It!