Susan Collins Gave a Masterful Account of the GOP’s Betrayal and Seduction of the Prolife Movement October 5, 2018 Mark Shea

Note how the gullible sucker fist-pumping about her EXPLOSIVE testimony (cuz it means Cult 45 wins and Kavanaugh is confirmed) is stone deaf to what Sen. Collins actually had to say about the history of the GOP’s seduction of the “prolife” movement and its transformation into the backbone of the diabolical Christianist cult of lies.

Here’s the relevant transcript in case you can’t see the video:

There has also been considerable focus on the future of abortion rights based on the concern that Judge Kavanaugh would seek to overturn Roe v. Wade. Protecting this right is important to me. To my knowledge, Judge Kavanaugh is the first Supreme Court nominee to express the view that precedent is not merely a practice and tradition but  rooted in Article 3 of our Constitution itself. He believes that precedent is not just a judicial policy, it is constitutionally dictated to pay attention and pay heed to rules of precedent. In other words, precedent isn’t a goal or an aspiration, it is a constitutional tenet that has to be followed, except in the most extraordinary circumstances. The judge further explained that precedent provides stability, predictability, reliance and fairness.

There are, of course, rare and extraordinary times where the Supreme Court would rightly overturn a precedent. The most famous example was when the Supreme Court in Brown v. The Board of Education overruled Plessy v. Ferguson, correcting a grievously wrong decision, to use the judge’s term, allowing racial inequality. But someone who believes that the importance of precedent has been rooted in the Constitution would follow long established precedent, except in those rare circumstances where a decision is grievously wrong or deeply inconsistent with the law. Those are Judge Kavanaugh’s phrases. As the judge asserted to me, a long-established precedent is not something to be trimmed, narrowed, discarded or overlooked. Its roots in the Constitution give the concept of stare decisis greater weight such that the precedent can’t be trimmed or narrowed simply because a judge might want to on a whim. In short, his views on honoring precedent would preclude attempts to do by stealth that which one has committed not to do overtly. Noting that Roe v. Wadewas decided 35 years ago and reaffirmed 19 years later in Planned Parenthood v. Casey, I asked Judge Kavanaugh whether the passage of time is relevant to following precedent. He said decisions become part of our legal framework with the passage of time and that honoring precedent is essential to maintaining public confidence.

Our discussion then turned to the right of privacy on which the Supreme Court relied in Griswold v. Connecticut, a case that struck down the law banning the use and sale of contraceptives. Griswold established the legal foundation that led to Roe eight years later. In describing Griswold as settled law, Judge Kavanaugh observed that it was the correct application of two cases from the 1920s, Myers and Pierce, that are not seriously challenged by anyone today. Finally, in his testimony he noted repeatedly that Roe had been upheld by Planned Parenthood v. Casey, describing it as precedent on precedent. When I asked him would it be sufficient to overturn a long established precedent if five current justices believed that it was wrongly decided, he emphatically said no. Opponents frequently cite then-candidate Donald Trump’s campaign pledge to nominate only judges who would overturn Roe. The republican platform for all presidential campaigns has included this pledge since at least 1980. During this time Republican presidents have appointed Justices O’Connor, Souter and Kennedy to the Supreme Court. These are the very three justices, Republican president-appointed justices, who authored the Casey decision, which reaffirmed Roe. Furthermore, pro-choice groups vigorously opposed each of these justices nominations. Incredibly they even circulated buttons with the slogan “Stop Souter or Women Will Die.” Just two years later, Justice Souter co-authored the Casey opinion reaffirming a woman’s right to choose. Suffice it to say prominent advocacy organizations have been wrong.

Collins’ speech was a really clear and irrefutable account of how the GOP has stabbed prolifers in the back for 38 years–and of how the the prolife movement has willingly and passionately lied to itself and its adherents in order to shriek “VOTE GOP OR THE BABY GETS IT!” all that time.

Fr. Frank Pavone’s disgusting and sacrilegious use of a fetus on an altar to gin up the vote for this spectacle of nihilist cannibalism of the unborn–all for the sake of power–is an act of sacrilege that perfectly depicts the diabolical evil of the Christianist gospel. Our abortion regime is, as Collins articulately describes, 100% the creation of GOP appointees. They have created it, preserved it, and expanded it, all while the proud, blind and absolutely unteachable Real Christians[TM] of the “prolife” movement have arrogantly declared those of us warning of precisely this outcome that we are “babykillers”.

The “prolife” conservative Christianist movement is a monumental fraud and is utterly complicit in maintaining our abortion regime.  Collins’ speech was designed to explain why she too will, in the grand GOP tradition, both give the liars and suckers in the “prolife” movement everything they want (power and victory for Trump) and stab them in the back in the process. Serves them right. They will go down in history, not as overturning Roe, but as using the unborn as human shields for rape apologetics such as “Who among us has not tried to rape a 15 year old girl!” and the worship of a self-confessed sex predator in the person of the Orange Messiah they worship instead of Christ.

The “prolife” movement in the Age of Trump has reached its apotheosis: it is nothing but a feeder belt for delivering conservative Christian votes to a party that regards them with utter contempt.  They have gained the whole world and lost their souls.  And now they are cheering aloud for this EXPLOSIVE speech because Senator Collins absolutely assured them that Roe will never be overturned.

The way they navigate this cognitive dissonance?  By reassuring themselves that Kavanaugh is a massive liar and will definitely overturn Roe when he gets the chance.  Because the Christianist cult is a diabolical cult founded on and held together by lies.  Lies are their hope.  Lies are what they offer in place of the gospel.  And lies are what they receive from the god they worship in place of Christ.

“To get a man’s soul and give him nothing in return–that is what really gladdens the heart of our Father below. – Uncle Screwtape 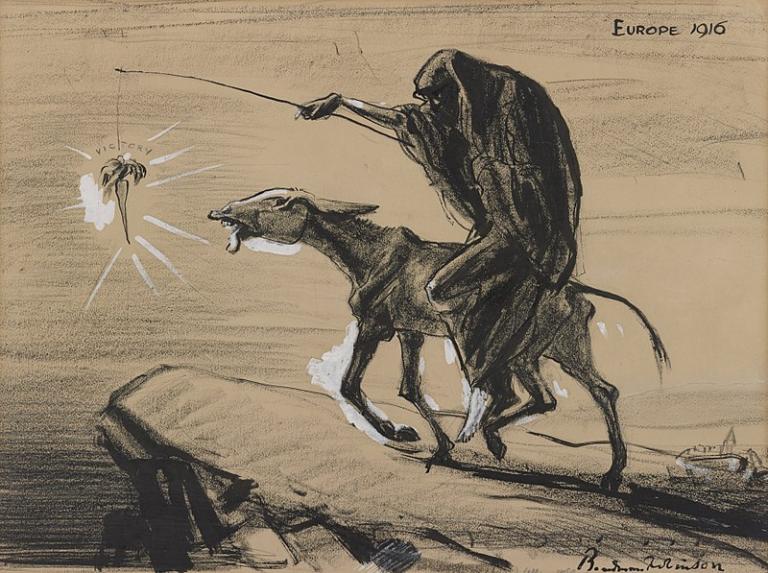 October 5, 2018
Elizabeth Bruenig on the Dissolution of our Culture of Lies
Next Post

October 8, 2018 It's important to have three perspectives...
Recent Comments
0 | Leave a Comment
Browse Our Archives
get the latest from
Catholic
Sign up for our newsletter
POPULAR AT PATHEOS Catholic
1

What If Someone You Love is...
Public Catholic
Related posts from Catholic and Enjoying It!

Catholic
So much history to choose from last week
Catholic and Enjoying It!

Catholic
The whole Western Tradition....
Catholic and Enjoying It!

Catholic
Rebecca Hamilton on the Freedom of Post-Kavanaugh Christians
Catholic and Enjoying It!