I wrote this nearly 20 years ago on the occasion of the Fourth of July.

What I never imagined then was that the people who talked about accepting the whole teaching of the Church and not being cafeteria Catholics would be the ones both leading the charge to attack the Holy Father and make war on most of the Church’s social doctrine as well as championing a white supremacist-in-chief, making excuses for putting children in concentration camps, and making defenses for calling people marching under the banner of the swastika “very fine people” and peaceful black protestors “sons of bitches”.  Indeed, we live in a time where, today, the Freak Show Right which runs around accusing everybody else of being Communists is falling down in adoration while their Supreme Maximum Leader turns the Fourth of July into a May Day Parade in honor of himself: 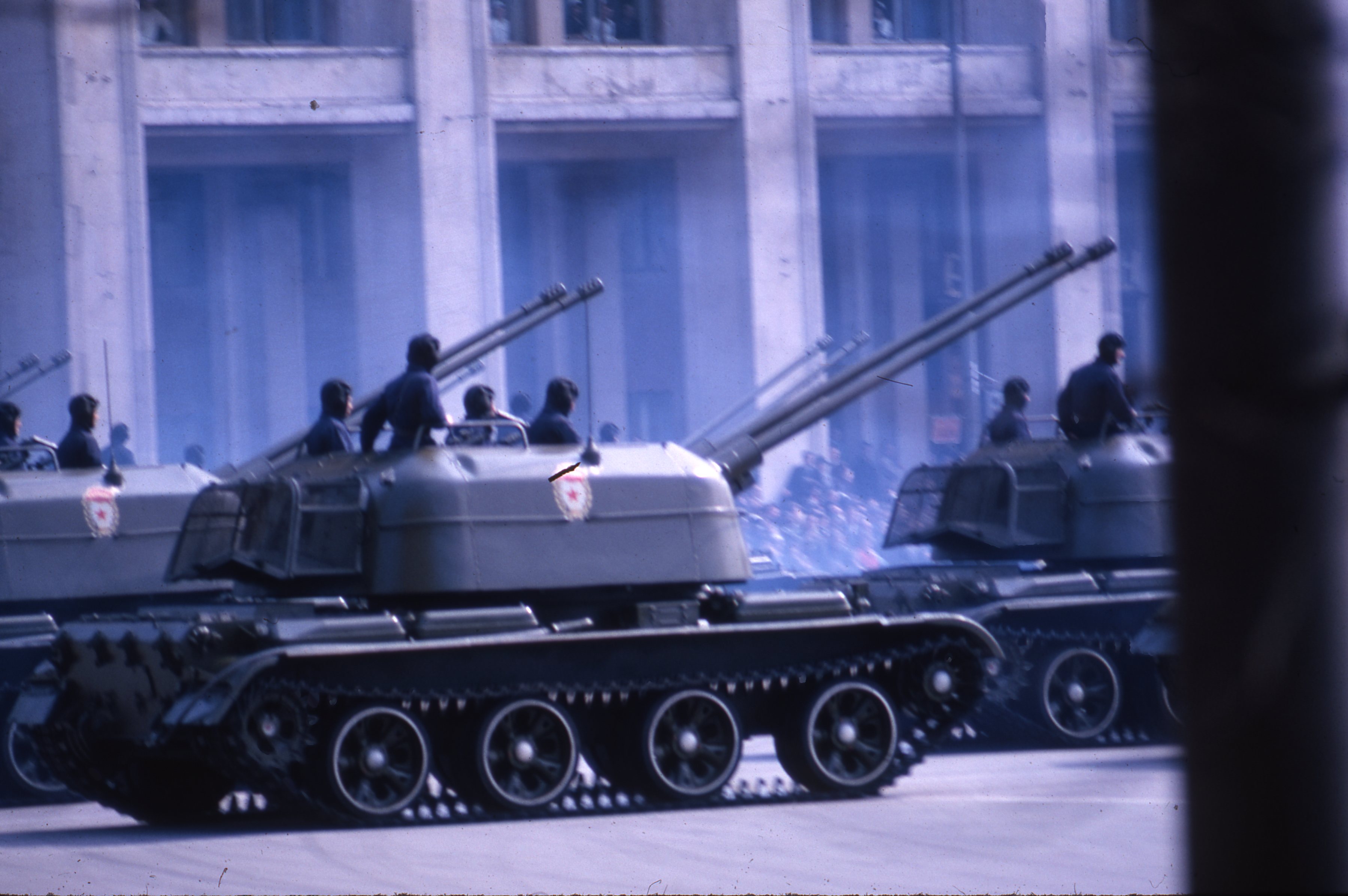 The Cult of Trump brays about “socialism” while cheering for this Soviet Cult of Personality on the Fourth of July. They are everything they accuse everybody else of being. Listen to their accusations and you will always hear their aspirations.

In short, I never would have dreamed in a million years that it would be the “faithful conservative prolife” Christians, Catholic and Protestant, who would inaugurate the destruction of the mystical truths of human equality that Jefferson cribbed from the Catholic tradition in order to write the Declaration. I assumed that assault would come what I saw as the decadent left.

Instead, I find myself in a historical period where the Father said to the Faithful conservative Christian son, “Go and work in my vineyard” and the son said “Yes” twenty years ago, but did not go. Then the Father said the same to the allegedly godless leftist son and he said “No” but is now standing for nearly everything the Father commands him to defend.

I know. I know. “BUT ABORTION!” (as though the Right cares about the unborn as anything other than human shields for their cruelty.)

Much of the Left has no Christian faith. Why would you expect them to live by Christian moral teachings, particularly when the Greatest Christians of All Time refuse to in their zeal to put children in concentration camps? Yet what is remarkable is how much better a job so many of them do of obeying Jesus than the people who allegedly are the Real Christians and who spend their times, not defending the unborn, but defending concentration camps, a rapist-in-chief, sawing up reporters, or whatever other freakish filth the GOP commands? I’ll take an unbeliever who does the will of the Father over a super-Christian who perverts it every time.

So many sheep without! So many wolves within! – St. Augustine

July 2, 2019
Had Timothy Putnam on the relaunch of Catholic and Enjoying Live!
Next Post

July 5, 2019 Deacon Steven Greydanus and I had a lot of fun on Catholic and Enjoying It Live!
Recent Comments
0 | Leave a Comment
"Late to the game, but while I agree with him that the end doesn’t justify ..."
Catherine Hobbs Building Bridges of Trust vs. Winning
"I also think netflix is more evil than good, the things they have and support ..."
Jackson A reader struggles with scruples about ..."
"I am pretty sure remote cooperation is evil unless with proportionate reasons..."
Jackson A reader struggles with scruples about ..."
"Just one nit - the Dickey Amendment (the bit of law that supposedly "forbids" the ..."
Jon Heresy of the Day: Antinomianism
Browse Our Archives
get the latest from
Catholic
Sign up for our newsletter
POPULAR AT PATHEOS Catholic
1