So there is a film on Amazon Prime that… well… here:

I, for one, cannot wait to see this. I initially approached DecentFilms.com guy Deacon Steven Greydanus with a completely sober and rational request for a review of this fine film over on the Book of Face:

I worry about Steven D. Greydanus’s bona fides as a Christian film reviewer when he does not devote even a single review to this important work of art. Why the silence? What is he hiding? IS THE PLAGUE OF DINO-CLERGY MORE WIDESPREAD THAN YOU ARE LETTING ON, DEACON STEVEN?

People weighed in with intelligent commentary: 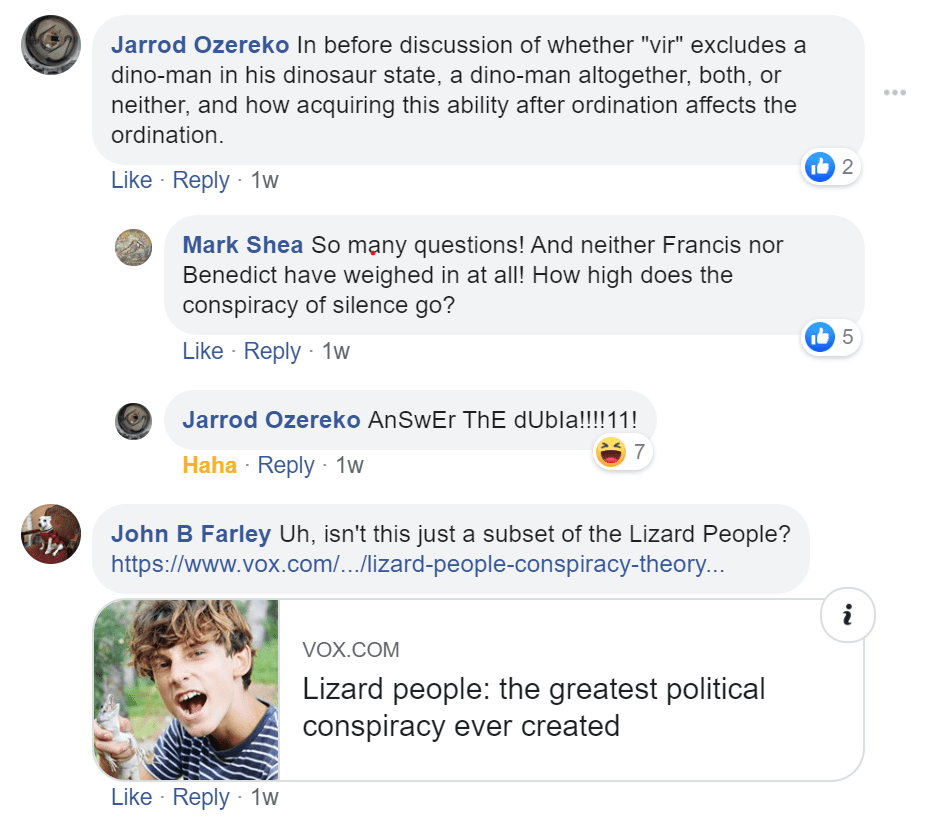 And then the man himself showed up–with disturbing and ultimately disappointing results that laid bare more than perhaps either of us intended while never getting to the film review for which all mankind cries out: 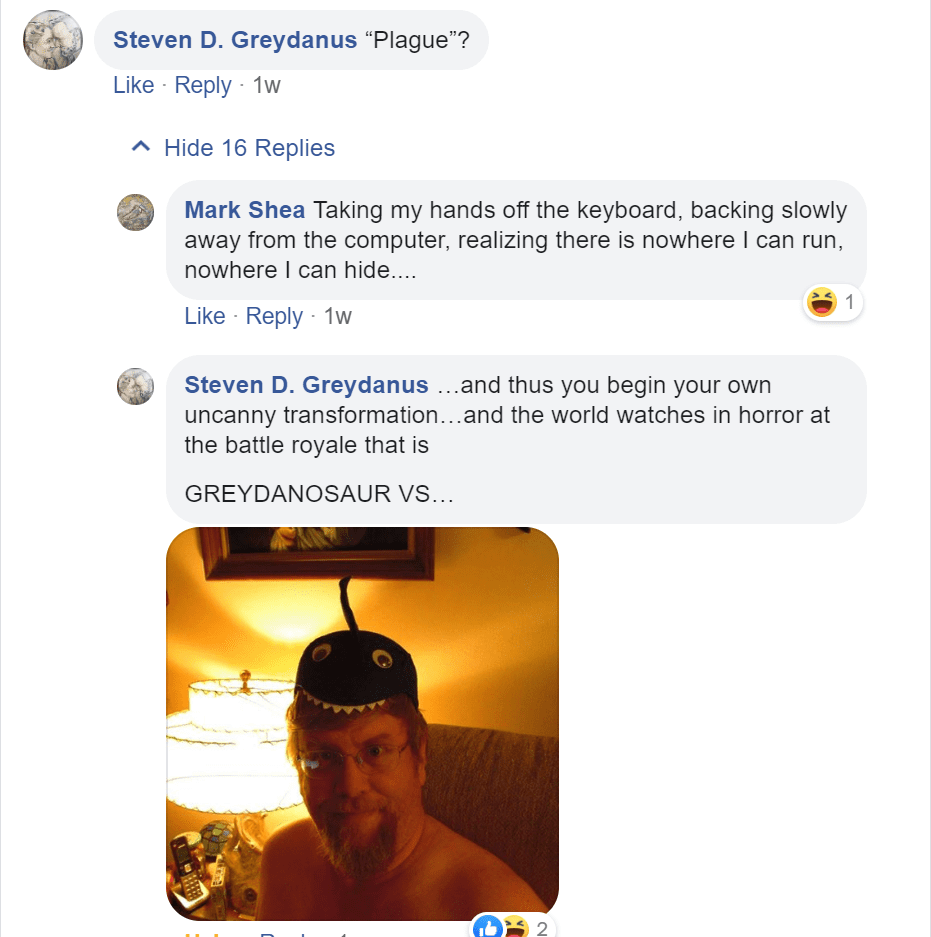 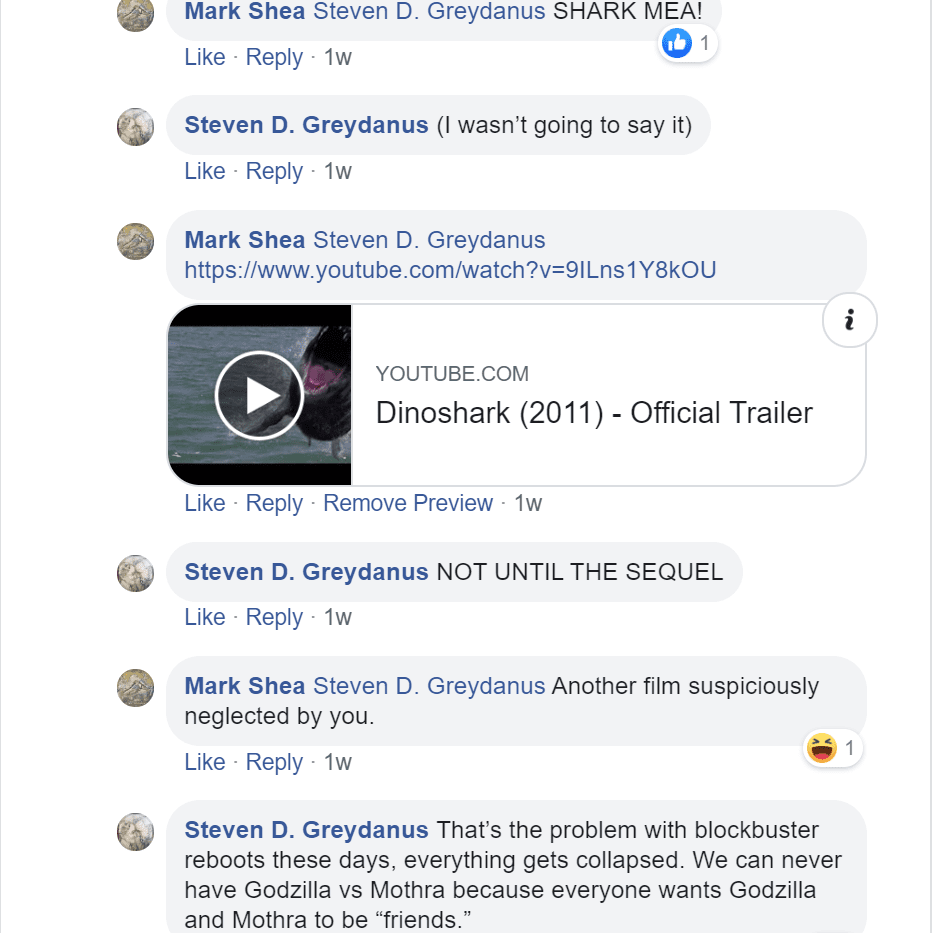 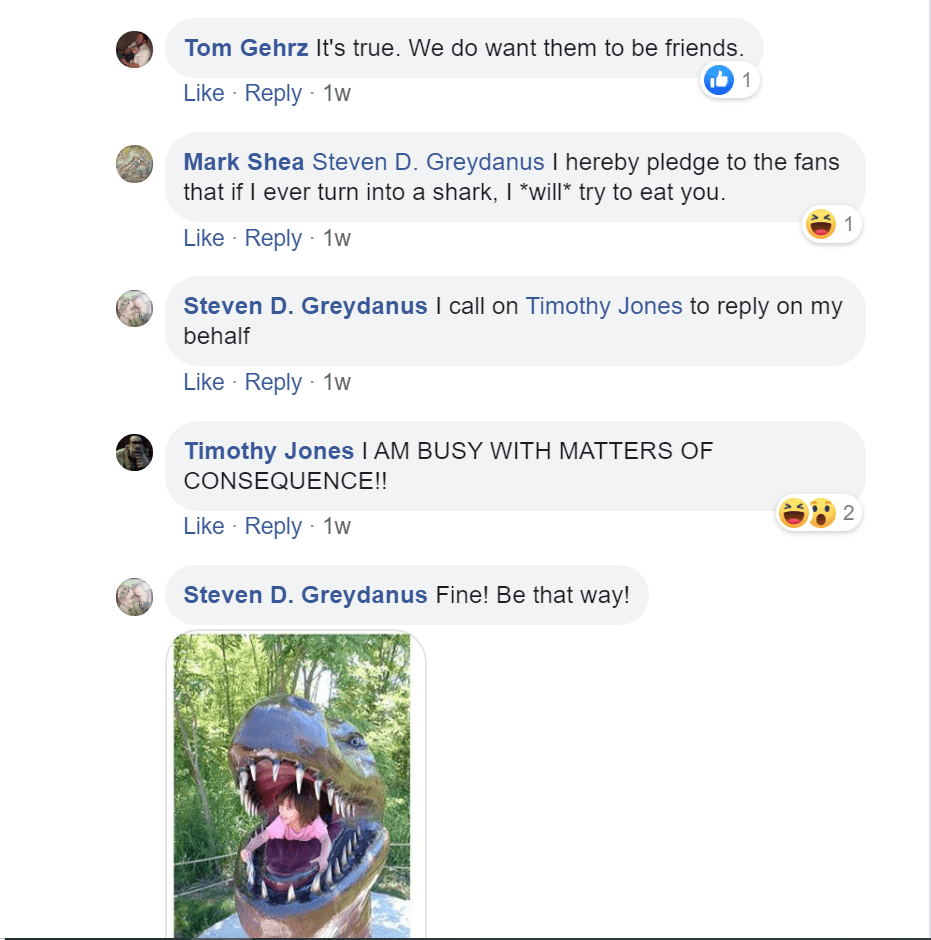 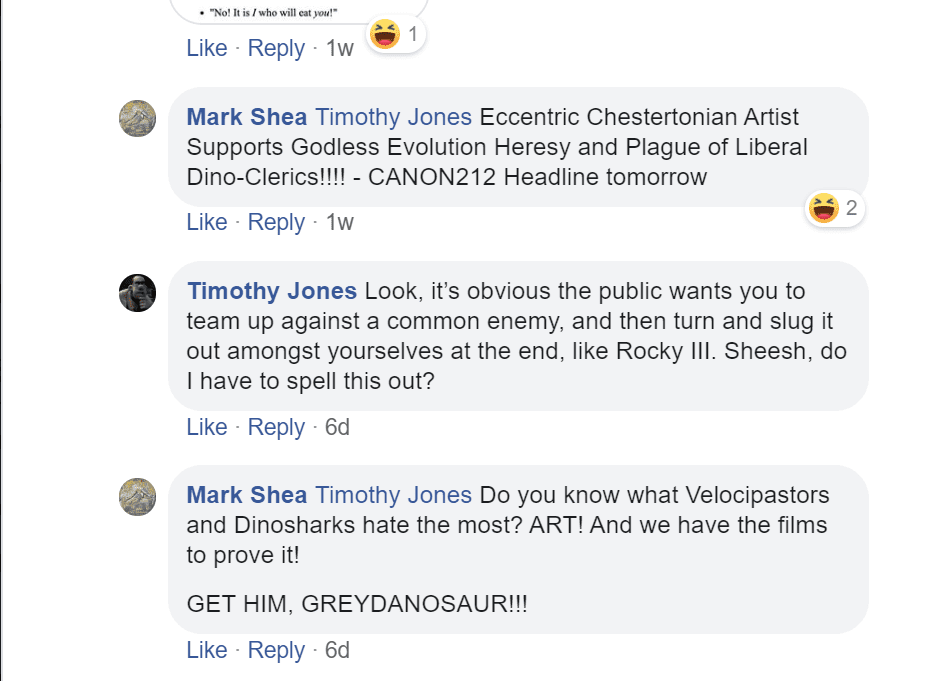 So after this fruitless quest for the good Deacon to speak to this matter, I was bereft–until just yesterday when my own son Matthew (aka “Cow”–don’t ask) Shea wrote his own review of this truly great film, presented below. He has a ton of reviews at that site.  Check them out.  The kid is pretty handy with a pen!

I’m not usually on board for Deliberate So-Bad-It’s-Good’s, but this one threaded a weird self-aware needle where it knew it was stupid, flaunted it’s terrible cheapness, and still seemed genuine enough that it was funny when it was going through the plot. The movie starts with him preaching at church before going out to brunch with his parents, but their car explodes and they die, which is represented by showing them in a car, and then showing their empty parking space with flashing [INSERT VFX SHOT] onscreen, haha.

(Naturally, this grief leads Doug the Pastor to go to China to re-find himself for 3 minutes, where he gets velociraptor-cursed)

Oddly, not as much velociraptoring or pastoring as I expected.

Dino effects are mostly just the guy wearing rubber claws and occasionally a giant rubber suit. The Pastor is vaguely Catholic with VERY muddled theology, and he puts a rosary on like a necklace to hear confessions which we can all agree is some pretty legit Catholicism, but then also he leaves his Pastoring behind to fight crime with a prostitute he falls in love with, which seems fine for a movie of this… heritage?

… but I do feel like a movie about a velocipastor should stick to its premise a little. Any regular old Dino-man can fight crime alongside a hooker with a heart of gold, I wanna see some Pastor-specific velociraptor action! … although to be fair he does also eat an unrepentant murderous pimp while in the confessional, so that counts for something.

Also, the Velocipastor quotes the Bible several times but each quote is dedicatedly nonexistent, like quoting from Matthew chapter 29 even though Matthew only has 28 chapters. A bizzare attention to making sure they are fully wrong. Making incompetence a form of competence, which is generally the whole vibe, haha

Probably the most surreal scene is about 40 minutes into this hourlong movie when two characters start making out and the movie kinda fades into a psychedelic music video recap of basically every plot point so far, in case you forgot everything you just saw?

Also there is a pretty solid flashback to the Vietnam War, because Doug’s mentor is remembering when he almost got married instead of being a pastor, but then his fiancée came to the Vietnam War to visit him, and she immediately explodes into a goo, Nickelodeon-style.

I will leave you as the movie left me, with this final image: a man, covered in blood, his rubbery raptor claws holding a plastic doll head we are all pretending is real, screaming into the camera in victory. Freeze frame. A quote comes across the screen:

“Only through the elimination of violence, will we be able to achieve world peace.” – Gandhi

What’s not to love?  I know what I’ll be doing on a rainy Sunday afternoon!

January 24, 2020
George Will and the Millstone of MAGA Christianity
Next Post

Catholic
Something to Completely Blow Your Mind for a...
Catholic and Enjoying It!

Catholic
I love these Pitch Meeting thingies
Catholic and Enjoying It!

Catholic
In Honor of A Good Man: Deacon Steven...
Catholic and Enjoying It!