Time was when “faithful conservative” Catholics believed that the teaching of the Church was not something you could pick and choose from like a cafeteria. Time was when that demographic told those nasty liberal CINOs that you stood with the Pope and the Magisterium and upheld the Church’s whole teaching, not just the parts you liked.

But that was 20 years ago. Then came things like the Iraq War and the need to rationalize unjust war when two popes and all the bishops of the world opposed it. Suddenly, it became more important to listen to Michael Novak and the warmongers at CRISIS and First Things and lie that “prudential judgment” meant deciding whether, not how best, to obey the Church’s teaching.

From there, it was a short step to “faithful conservative” Catholics becoming the #1 Court Prophets for the use of torture–a sin condemned by the Church as being every bit the same gravely and intrinsically immoral sin as abortion.

Their solution to the dilemma of claiming total fidelity to the Church while making war on its moral teaching? The Five Non-Negotables. Take five issues–abortion, gay marriage, Embryonic Stem Cell Research, human cloning, and euthanasia–and declare them “non-negotiable” issues. Then immediately elevate them from “the five most important issues” to “the only issues that matter” and use them to actively defend every sin the GOP wanted to commit–including unjust war and torture.

While this was going on, the GOP set to work whittling away at even these “non-negotiables” since they were inconvenient. Some dropped out of sight because they turned out to be non-issues, like human cloning. But, in addition, Bush 43 and McCain both wanted to support ESCR, so this magically ceased to be non-negotiable and disappeared from discussion by the “faithful conservative” Catholics by 2008. Gay marriage, while a big deal to “faithful conservative” Catholics who now prostrate themselves to the thrice-married pornocrat Donald Trump, was never really of interest to the GOP, as evidenced by the Obergefell decision written by GOP appointee Anthony Kennedy, the man who also entrenched our abortion regime with Casey. With a sense of relief, the GOP accepted gay marriage without objection and the “faithful conservative” Catholics who pretended to call it “non-negotiable” resigned themselves to letting it be highly negotiable while their party moved on and ignored them. Meanwhile, they threw themselves with renewed energy into finding other people to punish, like those seeking health care (which the bishops have been demanding for a century). (Note: as of today, the Most Prolife President in the History of Ever is again demanding the total destruction of the ACA, during the middle of a pandemic, to the cheers of the MAGA “prolife” Cult.)

That left only abortion and euthanasia as “non-negotiables” for “faithful conservative” Catholics to focus on. And their way of “focusing” on it quickly became apparent. Namely, they pretended to focus on it while actually focusing their energy on defending every lie, evil, and anti-Catholic move the rapidly Trumpifying GOP ordered them to defend. As a result, the supposedly “anti-euthanasia” and “prolife” “faithful conservative” Catholics became the chief enemies of the Church’s teaching in favor of abolishing the death penalty (their favorite form of euthanasia). They also committed themselves to spitting on the dignity of the disabled by lying for years that this was not mockery of disability.

As they did with torture, they defended the death penalty by the nauseating argument that opposition to abortion somehow made it okay to defend killing people on death row as it made it okay to torture prisoners in Iraq.

More than this, “faithful conservative” Catholics could be relied upon to make war on virtually every aspect of Catholic teaching from a living wage, to opposition to gun violence, to the dignity of refugees, to universal health care. Indeed, they have spent seven years making open war on the Holy Father himself at every opportunity.

And at every turn, the unborn were the human shields for it all.

Are children kidnapped from their families at the border?  Well, what about the children stolen from life in the womb?  That’s the real crime!

People denied a living wage to feed their families?  The real sin that cries to heaven for vengeance is abortion!

Again and again, the lie told is that “Without the right to life, the right to health care, common decency, basic justice, or anything else is meaningless.” Therefore, (goes the argument) until abortion is totally eliminated everywhere on planet earth, no Real Catholic[TM] has the right to discuss any moral issue where white conservative Christians want to inflict their contempt for human life and cruelty on helpless victims and defend it with cheap sophistry. Every form of monstrous mortal sin conservative Christians savor is completely excused by the magical rubbing of a Precious Feet pin.

This whole “Without the right to life, nothing else matters” strategy has one effect only: it effectively means that the “prolife” movement has metastasized into a heretical death cult that perpetually justifies the defense of evil by the claim that nothing matters until its fantasy of total elimination all abortion happens. And its effect in the Pandemic is to cause allegedly “prolife” people to argue that we have to just let the lebensunwertes leben die for the sake of Mammon because our “Prolife” President says so.

May 6, 2020
Magical thinking and Trump's Abandonment of America to Pandemic
Next Post

May 8, 2020 Deacon Steve Greydanus on the Faustian Bargain of Religious Conservatives
Recent Comments
0 | Leave a Comment
Browse Our Archives
Related posts from Catholic and Enjoying It!

Catholic
The MAGA Cult Always Confesses When It Accuses
Catholic and Enjoying It! 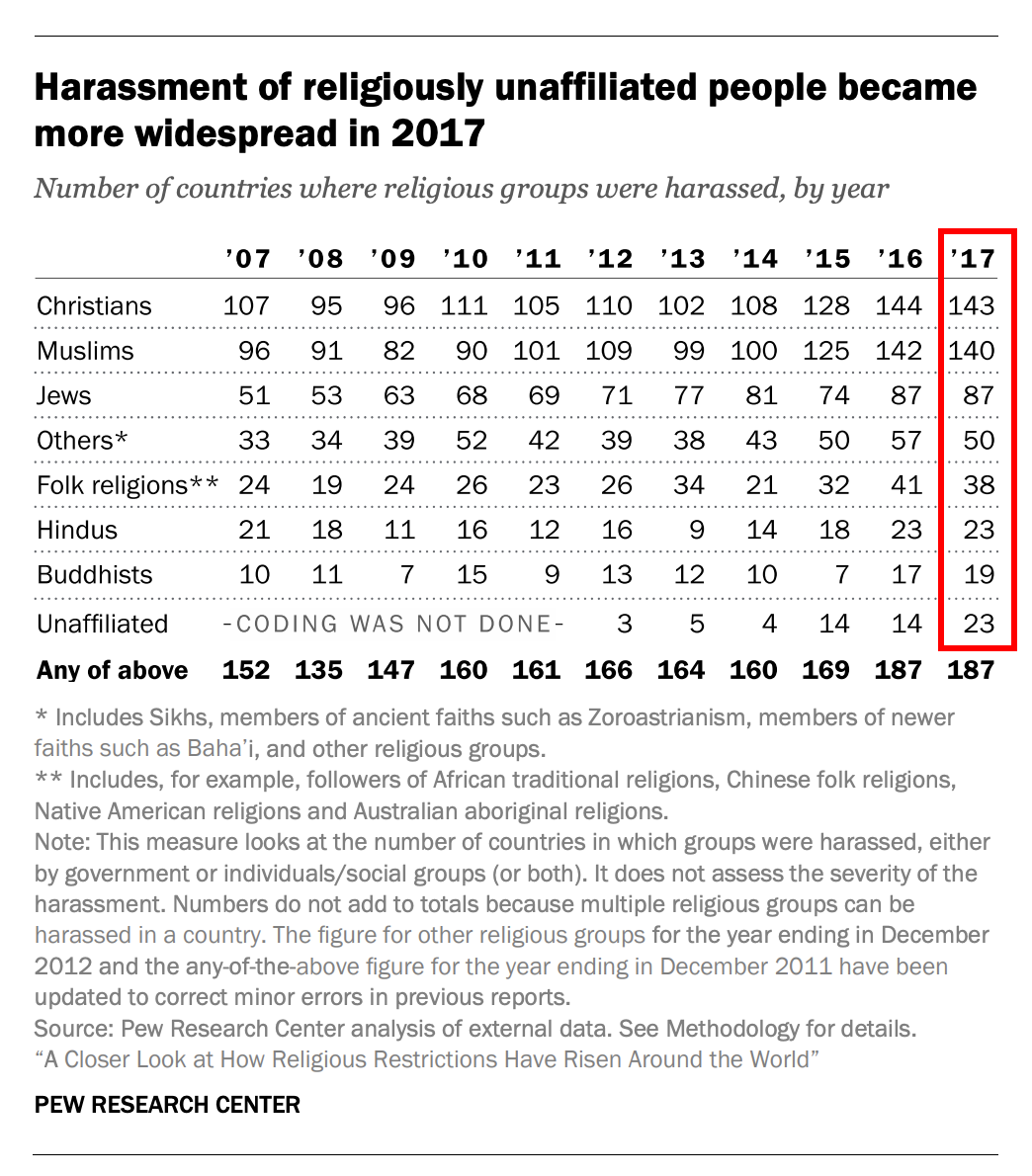 Catholic
If you are a white conservative Christian in...
Catholic and Enjoying It!
TRENDING AT PATHEOS Catholic