When Your Ancestors Are A**holes

We all have less than savory ancestors in our ancestral lines. In my personal practice and in a lot of the traditions of witchcraft I’ve been trained in, ancestral reverence is emphasized. Ancestral reverence honors where we came from, creates a team of allies who are directly invested in your success in life and creates opportunities for healing and spiritual-growth. But what about ancestors that are less savory characters, that caused trauma, that were toxic, that you disowned when they were living or they disowned you?

Recently I attended a beautiful wedding in Salem. The night before the wedding the grooms invited everyone out to dinner and hired Danielle Dionne of Moth & Moon Studio to do a mediumship gallery for all those in attendance. A mediumship gallery, for those who are unfamiliar, is when a group of people gather into a room and the medium picks up on whatever spirits wish to come forward, unlike an intimate one-on-one session.

This was a day that my ancestor kept popping in and out of my mind all day without knowing why. As we entered the room to sit down for the mediumship gallery, I had this feeling that my ancestor was going to come through and I even mentally demanded that he didn’t. So needless to say, he was the first spirit that she picked up on.

Danielle is a very well-known and trusted medium in the New England area and though we are friends she’s very strict about her friends not telling her about our dead. Likewise, her mediumship is evidential – meaning she’ll bring through concrete evidence that this is your deceased before she relays their messages.

So she begins the reading and starts describing the first spirit coming to her. At first a few people related to it, but slowly raised hands going down as the description narrows further and further, including the manner of death. I was the last person in the room with my hand up. Crap! That jerk! I didn’t want him to come through. I specifically asked him not to! She relayed messages that verified that it was indeed him before making the statements that I didn’t want to hear but needed to hear.

“I feel like this is a spirit that you’ve thought about working with as an ancestor but haven’t.”  She emphasized that he really wanted to make things right between us and that he really wanted to work with me as an ancestral ally. Everything I had been ignoring was confirmed and my ancestor was coming through Danielle to ensure that I was getting the message loud and clear.

The Ancestors Redeem Themselves Through Us

A common belief among traditions that work with ancestors is that we are their redemption as well as their legacy. We honor the past because the past effects us. We honor and acknowledge where we come from and where we’re going. We have the opportunity to make things right by our present or future actions. We are connected to our DNA through our ancestors, as all of their wisdom and knowledge is encoded within us, as well as their trauma.

One of the reasons I’ve been taught that our ancestors and The Ancestors are so eager to work with us is because we are their opportunity to redeem themselves. One of the reasons they make such great spirit allies is because they are not only connected to us and invested in our success, but because they lived human lives on Earth and understand struggles such as needing to pay rent on time whereas other spirits may not fully comprehend what that experience is like or the urgency to do so.

One of the teachings I was taught is that when a soul is going to incarnate upon the material plane – our ancestors essentially make a deal with our Higher Selves. The Ancestors provide the lower self for the purpose of furthering their legacy and honor as well as overcoming what needs to be overcome within the collective pool of the Ancestors. The Higher Self wants to incarnate to experience its own lessons, so a deal is struck and the two create a human being – creating a unique personality of the Middle Self to hopefully fulfill the goals set out by the Lower Self and the Higher Self. The deeds of the Middle Self while alive imprints both the Lower Self (and it’s connection to the Ancestors) and the Higher Self.

In my teachings the lower self is also connected with the physical body itself, being the vessel for the ancestral blood and DNA to carry on and affect the line. Fantastic elders such as RJ Stewart, Orion Foxwood and Raven Grimassi refer to this as the river of blood. Our ancestors and The Ancestors are not buried in the past, but live on right now within our veins. This is likened to the more scientific minded who believe that all we are is DNA passing on from one organism to the next in the chain of evolution. As such, we have the spiritual opportunity to make things right, to acknowledge and stop unfavorable and dishonorable behavior and end the cycles of abuse.

There is a saying in the Pagan community attributed to Starhawk & M. Macha NightMare, though the wisdom is much older stating, “What Is Remembered, Lives.” While this saying has many meanings, one I’ve come to recognize during meditation which I feel is relevant is that those qualities and deeds that we think of when we remember an ancestor (though this doesn’t refer strictly to blood ancestors) are the traits that are carried on through their descendants. If we view them negatively, perhaps even fairly so, those negative traits are going to live on in the river of blood to be healed in the future. They’re remembered for a reason. Likewise, those positive traits that are reinforced and honored live on beyond us.

First, assess the ancestor in question in terms of forgiveness. Are you in a place where you can make peace with this ancestor? Can you forgive them? The answer may be “no”. The answer may be “yes”. The answer may be “I can forgive them so that I’m not carrying on to the trauma and allowing it to have power over me but I still want nothing to do with them.” The last answer also being a path of healing on some level, allowing the past to affect you no further in the present or future.

Forgiveness and condoning what was done are not the same thing. No one is asking you to condone the actions of less desirable ancestors and that may in fact be counter-productive to redeeming them. Forgiveness is releasing a grudge that you are carrying, not validating traumatic behavior. Are you able to acknowledge what their ancestral trauma may have been? Can you have compassion for them as a flawed human being? Can you at least make peace with the situation for your own mental and emotional health?

Recognize what you’ve inherited. What were the better qualities of this person that you’ve inherited that should be highlighted in your personality? What are the negative qualities you’ve inherited. In the story above about my ancestor one of the things I’ve realized is that I am capable of holding a grudge just as strongly as he was – and we held onto this grudge towards each other until his death. Another thing I inherited is the ability to quickly vilify someone and strip them of their humanity. These are all things I had already been working on, so his appearance seemed both timely and appropriate.

The recognition of this allows for you to heal yourself and thereby heal the ancestral line. The work you do allows your future lineage to break the cycle of unresolved trauma that they’re working through and stop providing it as a challenge for those who come after you. It doesn’t matter if you can’t or won’t have children, it’s the river of blood that you’re healing. By healing yourself, you’re redeeming your ancestors and the descendants of your ancestors.

Meditate on how they’d be a good spirit ally. While my ancestor was someone I had to cut out of my life while they were living, someone who was very abusive and controlling at times there were many times that he served as a protector, provider and even savior in extreme circumstances. It’s easy for me to focus on what was wrong about him as a person and ignore all the good things that he’d done throughout my life. He was also in the military in the past, which makes for great protector allies as well.

Working with them in this capacity allows them to make things right on their end, to assist us and help us from the other side. Unless they’ve become an earth-bound spirit (which is almost always the Middle Self), they have a completely different perspective from the other side and can see the larger picture of the impact they had on your life, including negatively.

Petition them. Give them a place of recognition. Place them on your ancestral altar. Provide offerings of something that they enjoyed while alive and dialogue with them. Tell them how you really feel about them. Ask for them to communicate with you and provide guidance in your life. It is not uncommon at this point for them to approach you asking for forgiveness and presented their new viewpoint of how they wish to work with you and help you in your mutual ancestral redemption. You may also find yourself asking for forgiveness yourself.

You may come to the conclusion that you aren’t ready to work with an ancestor or that you never will be ready to work with them and that’s completely acceptable. Recognize what relationships are healthy for you at this time and which ones aren’t. If you are unwilling to work with or cannot come to a place where you feel you can make things right with the ancestor, honor that.

However, I would still stress the importance of engaging in the shadow work of what traits you inherited from them and how you can heal those traits for yourself to live a better life. If we cannot or will not actively work with these specific ancestors, it is our job and responsibility to put them to rest, to ensure that this behavior has been healed within us and released.

If the trauma is severe, it’s important to also seek out the care, guidance and services of mental health and psychology experts. Healing ancestral trauma takes work and is most often very difficult. I strongly believe in a holistic approach that tackles issues through different means, including health and mental health professional help. 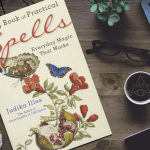 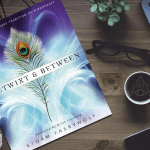 May 18, 2017 Review: Betwixt & Between
Recent Comments
0 | Leave a Comment
Browse Our Archives
Related posts from For Puck's Sake