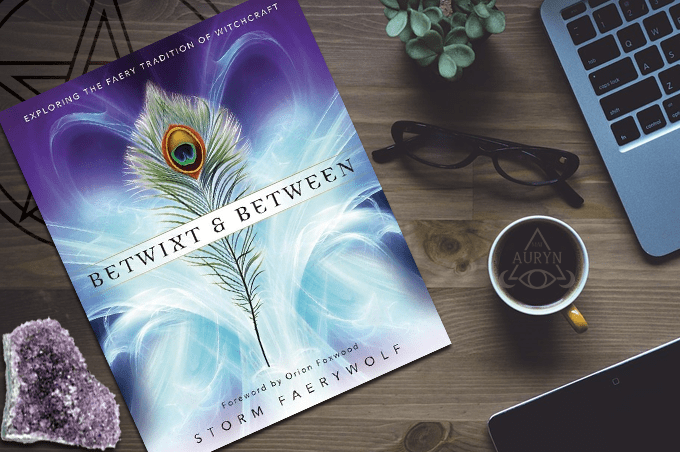 Storm Faerywolf’s Betwixt & Between: Exploring the Faery Tradition of Witchcraft is a book that I’ve been dying to get my hands on since it was announced that the book was being written. Anyone who has had the pleasure and honor of participating in ritual with Storm knows exactly why. The man’s magick is just as artistic and beautiful as it is powerful.  In this book we’re given a glimpse into the world of his BlueRose Faery tradition. Faery (also spelled as Feri) is a Pagan Witchcraft tradition that arose in the United States, founded by Victor and Cora Anderson independently and simultaneously during Gerald Gardner’s Wicca in Europe. Faery has a focus on the ecstatic mysteries of witchcraft rather than the fertility mysteries of witchcraft traditions such as Wicca, with gods that are not just “male” or “female” but those that are queer and beyond gender binary.

Coming in at over 300 pages, this book published by Llewellyn gives a thorough overview of the myths, cosmology and energetic anatomy of the world of the Faery tradition. Full of unique rituals, meditations, energy work, recipes, journaling exercises and beautiful diagrams that can’t be found in any other book, Storm ensures that the reader not only understands the concepts in the book intellectually, but leads the reader to experience them directly for themselves.

You will learn how to Open the Way, ignite your Faery-Fire, align with the gods of Faery, attune to the five elemental forces, navigate the three realms and come to know the three parts of your soul so that you can align, cleanse, protect and empower your life as a witch and open to the deeper mysteries of the universe. This book is the most important book about the rarely written about Faery/Feri within the last decade. It is without a doubt the most thorough book ever written on the tradition. Storm’s writing style is clear, concise and easy to follow while being simultaneously poetic. I couldn’t put this book down and finished it cover to cover within a few days. 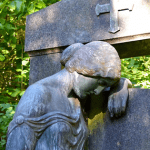 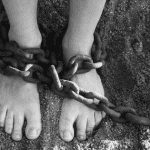 May 22, 2017 Overcoming Past Indoctrination
Recent Comments
0 | Leave a Comment
"This makes me love jack-o-lanterns even more."
Anonymous Jack-O’-Lanterns and the Devil
Browse Our Archives
Related posts from For Puck's Sake