Why Witches Use Candles

My last article about artificial ingredients brought up a question that usually comes up when talking about this subject – what about candles? If witches like to use natural ingredients why do so many use paraffin wax candles and don’t care so much about using “purer” candles made of natural ingredients like soy, beeswax or palm? Well, some do – though it can often be due to the quality of the burn of the candle than anything else. When most witches work with candles, they aren’t necessarily working with what composes the candle in their magick, but rather they’re working with color and light. What I mean by that is that we aren’t necessarily working with the spirit or planetary energies of the wax itself. So why exactly do witches use candles in magick? Here’s my understanding.

The advent of controlling fire was one of the biggest advancements in the creation of human civilization and thus fire. Fire was often regarded as a holy gift or a substance of the divine. Fire provided our ancestors protection from the cold and the predator filled night. Fire also allowed our ancestors to cook food and enabled a longer lifespan. Fire and agriculture were the two components that allowed early man to stop migrating as nomads, following animal migration for food and avoiding harsher weather. Such a prized force such as fire – could make life much easier, but it could also destroy and was a mysterious force to early hominids. It is easy to see why our ancestors would honor and respect this force.

Fire allowed for the development of culture and with culture came religion and it’s not hard to imagine that the two would be linked. Fire has been used almost universally throughout our world in religious ceremonies. The ancestors of candles were oil lamps which we have evidence of being used in ancient cultures for religious purposes throughout the world, as we find them at ancient temples and religious sites. But why do we use candles in magick today?

One idea of why we use candles is the idea that fire as an element is considered the closest to the spiritual plane. It’s the element of transmutation that essentially removes stuff from this plane of reality over to the next, just as some cultures would cremate a body to send it from this world to the afterlife. Offerings were also burned to send them from this world to the world of the gods and spirits. Fire is the element of change and when we’re doing magick we are causing change in our reality and life.

Light is also seen as an offering to the gods and spirits – particularly the spirits of the deceased. An ancient idea is that light assisted certain spirits on their journey to the afterlife and psychopomp deities are often portrayed with torches for this reason. A candle dedicated to a certain spirit is offering them light and energy, just as we would offer them food, libations or fumitory smoke.

While fire is obviously the predominant element in candle magick, the process of a burning candle harnesses the four elements in a unified and synchronized manner. Though candles are often associated with only the element of fire, meditating on a candle will show that the four elements in the form of earth (the solid wax), water (the melted wax), fire (the burning wick), air (the smoke from the wick) and spirit (the light that fills the space) are all active with a candle.

Fire being the closest element to the quintessence of spirit is a powerful force of energy. By having an extremely controlled flame on a wick we are working with the controlled energy of spiritual willpower which is a quality of the element of fire in occultism. In essence we are sending off spiritual light through a focused means into the astral realms. By working with the energy of colors and color correspondences we are carrying over that color’s wavelength with it towards our goal. Colors, herbs, oils, carved sigils on the candles is an act of honing in on a specific energy frequency and plugging it into more channels of energy to achieve your desired effect.

Fire also has a hypnotic and mesmerizing quality to it, allowing us to use it as a focused point of meditation and also slip into altered states of consciousness and brainwave states which is an important component to casting successful magick and for directing your will. Some people also view working with candles in magick as being a sort of beacon, informing the gods and spirits that you’ve petitioned where to bring the desired results. It can also be a sympathetic connection to the power of the witch or the witch’s fire and a remembrance that the spark of magick within us is one and the same as that which comes from the Star Goddess (or Source) whom we emerge from and will eventually return to. A reminder of our own divine heritage. 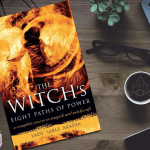 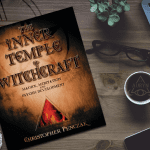 June 20, 2017 Review: The Inner Temple of Witchcraft
Recent Comments
0 | Leave a Comment
"This makes me love jack-o-lanterns even more."
Anonymous Jack-O’-Lanterns and the Devil
Browse Our Archives
Related posts from For Puck's Sake