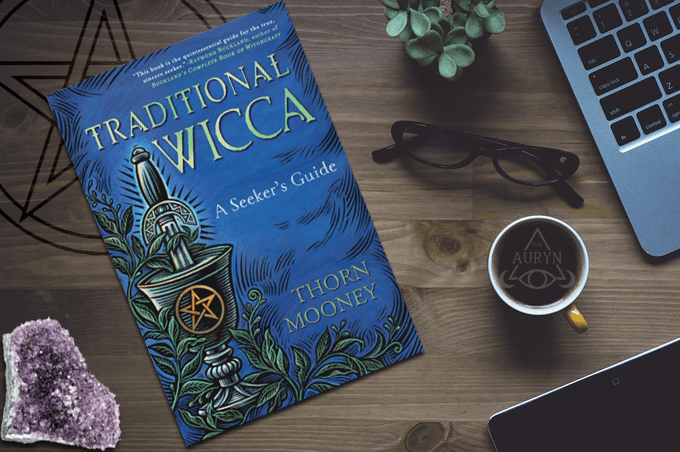 Traditional Wicca: A Seeker’s Guide by Thorn Mooney is one of those books that I’m surprised hadn’t been written before, but seems so greatly needed. The book isn’t about embracing Wicca as a personal eclectic practice, but rather a guide for someone who is seeking out a Traditional Wiccan path (a term that refers to the Gardnerian and Alexandrian lineage of traditions). Most books written on these subjects seem to be a bit outdated and none seem to be aimed at the seeker of Traditional Wicca in modern times.

Mooney shares what to expect and explains the basics regarding seeking out a Traditional Wiccan lineage. While exploring this, she also remains respectful of non-Traditional Wicca and Witchcraft traditions and never comes across as trying to convert the reader to Traditional Wicca itself. In fact, she writes that “This book is not necessarily intended to sell you on Traditional Wicca. I believe that sincere, dedicated seekers will still find their way, without the need for prodding and proselytizing. There’s also a whole world of incredible Witchcraft and Pagan traditions that are worth exploring. Rather, this book is designed as a resource for those who are already in the process of seeking.”

Her writing style is reminiscent of writers such as Silver Ravenwolf and Scott Cunningham, which is a high compliment, and I have a feeling that this book will make as strong of a mark on the witchcraft community as the works of those authors have. Her writing is approachable and easy to follow. My favorite sections of the book were on initiation, lineage, and hierarchy. What makes this book even better is Mooney’s guidance on pitfalls and things to beware of when seeking out traditional training.

Mooney makes it clear that most public knowledge on Traditional Wicca is just scratching the surface of the deep lore and practices still guarded to this day. I often come across strong opinions about Wicca and Traditional Wicca by other outsiders like myself who are not initiated into the Gardnerian or Alexandrian lines but think they fully understand all there is to know about these traditions. I have always found this odd. As a non-initiate of these lines, I have known for a long time that there’s more to these traditions than presented in books, but I can’t think of any other book that has actually stated this point blank.

As someone who is not Wiccan myself, I still enjoy reading about other traditions. I finished this book understanding Traditional Wicca so much better and had many misconceptions about these traditions cleared up. This is a book that would serve any seeker looking to see which tradition is right for them, whether that’s Traditional Wicca or not, because it lays out such grounded wisdom about traditional ideas as well as how they can be twisted with abuses of power. Guidance which can be helpful to any tradition of witchcraft. 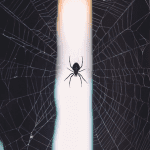 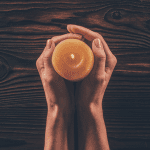