Astral parasites are exactly what they sound like – energetic entities that are parasitic in nature. They aren’t necessarily malevolent anymore than physical parasites, but just like physical parasites – they’re not something we want and are harmful. They’re all part of a spiritual ecosystem. I liken them more to the creatures that are meant to break down excess pools of energy. When we begin witchcraft or any other form of energy work, we begin to light up on the astral. To these creatures, it’s like a moth to a flame. They’re drawn to that energy and want to start breaking down and eating that energy.

However, it’s not just magickal or energetic practitioners who are susceptible to astral parasites. As a professional psychic and someone who has been able to see auras, energy, and most entities for the bulk of my life, parasites are actually really common. Strangely, I’ve also been noticing that parasites are increasing and becoming more stubborn. Perhaps, it is due to the current political state of the world at the moment and all the anger and fear lashing about by almost everyone over different things.

The Effects of Astral Parasites

Astral parasites drain us of energy. They can induce feelings of constant lethargy, depression, anger, fear, create strange sexual appetites, and in worse cases can cause physical health problems. They feed off of this energy. Now, this isn’t to say that if you’re going through these things that it’s only because of astral parasites. A well balanced witch is going to tackle problems from a holistic perspective – which means also seeing a doctor, seeking out a licensed therapist, eating and exercising correctly, getting enough sleep, as well as employing magickal and spiritual works.

I’ve perceived astral parasites a few different ways. The most common parasites that I see are what look like little slugs/leeches slowly squirming around the auric field. There’s also spider-like/crab-like parasites which move a bit faster. The more stubborn parasites are the ones that I perceive as having tentacles. These tentacles begin reaching in past the aura and into the physical body. I usually see this as going towards the genital area or the heart area.

I’ve also wondered if parasites sort of evolve or change forms, the longer that they’re connected to the host. The reason I wonder this is because I’ve seen the slug/leech and the spider/crab form ones with tentacles as well. The reason I’m unsure is because if I see a parasite I’ll remove it and don’t give it enough time to observe it’s growth as the person it’s attached to is more important to me than any curiosity. I’ve also observed parasites latching onto someone’s field and strangely it’s almost always like a moth flying towards the person and then crawling on them. Now, this doesn’t mean this is concretely what they look like, but these have been all my experiences of perceiving them – which could also be subjective symbols to translate the energetic information.

The best way to prevent parasites is to ensure that you’re employing regular protection practices and cleansings regularly. For a plant ally to protect from energetic parasites, look to wormwood. For a stone ally to protect from energetic parasites, look to Healer’s Gold (also known as Apache’s Gold), which is naturally forming combination of pyrite and magnetite. Making sure that you’re grounding your energy before and after any ritual, magick, healing, or psychic reading can also ensure that you’re not leaking all this excess energy to attract parasites. The LBRP can remove a good portion of parasites, but often won’t (in my own experiences and observations) remove the more difficult or deeply rooted ones.

This is the ritual that I’ve been the most successful with in regards to removing parasites, attachments, and artificial servitor attacks. I’ve also used it to remove curses, crossings, and the evil as well. It uses very simple ingredients that almost everyone has or that can be easily obtained. It invokes Diana as Goddess of the Moon for the working and is not too difficult or complex. 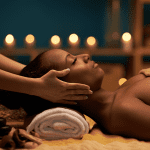 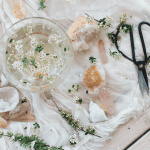 April 28, 2018 The Art & Spirit Work of Vibrational Essences
Recent Comments
0 | Leave a Comment
Browse Our Archives
get the latest updates from
For Puck's Sake
and the Patheos
Pagan
Channel
POPULAR AT PATHEOS Pagan
1

On Turning 60
John Beckett
Related posts from For Puck's Sake