How I Work With The Gods & Might Possibly Worship Them Too

At a recent workshop I was discussing the self as god and was asked, “isn’t that what Satanists believe?” Totally, and I think they’re right on the money with that, though I think their atheism is misdirected. I then explained that I am a god, and that she was a god, and that we were part of the Highest Force that is God and on a higher level there is a part of us – our Higher Selves, which are not separated from that knowledge, yet the Higher Self is an integral part of who we are. It doesn’t make me greater than her or other people, or lesser. It’s about acknowledging our divine nature and trying to take responsibility and sovereignty for our own lives and area of influence, but that this is not to the denial of the divinity and sovereignty of others.

One of the things I struggle with in conversing with witches and pagans are terms we use and how we each differently define them. Two of the words that I struggle with are “god” and “worship.” You can even witness this struggle in an interview I did with Lonnie Scott, where I take a long pause and he points out my hesitancy when I say “Yes, I worship the gods.” I think the biggest problem is that those two words (god and worship) come with a lot of monotheistic baggage, and their definitions are not my definitions.

A lot of non-theistic or atheistic witches cringe and adamantly deny the words “god” and “worship” as having anything to do with their practice despite having a relationship with deities. I totally get this. The idea of required worship and worship being something that is akin to prostrating before a deity. In all my experiences with deities, none of them have wanted me to shrink myself but rather they want me to stand tall and grow. I think in defining the difference of how I view a god versus how others might view god can be summed up in five words brought through from Doreen Valiente in the Charge of the Goddess: “Nor do I demand sacrifice…” The gods don’t demand anything for nothing. Such constant exchanges would be likely to throw the balance of the universe off. I also don’t worship things just because they exist or just because they have a certain status.

I used to give offerings to the fae and land spirits for example and they’d get quickly annoyed when I wouldn’t ask for anything back. Talking to experts and elders about this, they explained that they then feel indebted for receiving the gifts and offerings and wanted to maintain the balance of exchange. Nature spirits could definitely be viewed as gods and were in many cultures, such as the Greek culture. They may not have been Olympians or Titans, but they were still gods in their own right. Leaving offerings to the nature spirits could definitely be seen as an act of worship and veneration.

On the other hand, I sometimes get pushback from pagans and witches when I say “I work with the gods” instead of “I worship the gods.” How dare I think I’m worthy enough to see myself as being able to work with gods instead of merely worshiping them and asking for their blessings?! When meditating on how to explain my relationship with gods, the best example I could come up with is my relationship with Laura Tempest Zakroff. So in the following, Tempest will be a magickal creature that I call a goddess (which isn’t that far-fetched honestly). Tempest is not someone that I see as “better” than myself, and she’s not someone that sees herself as “better” than me. We are very different people with very different personalities but we have mutual respect for each other as peers and friends.

Like the gods, my interaction with Tempest began with us building a relationship through friendship and getting to know each other. Sometimes that interaction is face-to-face, and sometimes it’s not such as through texting or messaging. I may require her skills, such as commissioning a painting of Hekate from her since I lack those art skills. She, in turn, may say “this is the price I require in exchange.” Because I have a relationship with her, I can ask her if she’d be willing to do it in payments and she may or may not agree based on her previous experiences with me.

Detail of “Hekate – The Underworldly One” which I commissioned from Laura Tempest Zakroff. This was when it was still a work-in-progress and the color wasn’t added yet.

We might do things for each other once the relationship is established because we care about each other and each other’s work. I might interview her or review a fantastic book she’s done and she might send me a badass Nancy from The Craft shirt for Yule, both without any expectations in reciprocation. I might swing by her vendor booth and offer her something inexpensive such as a water bottle and ensuring that she is well taken care of to show that I care or I might make an exchange with her that benefits both of us such as buying a badass Barn Owl candle from her. I may also swing by to sit for a moment and just chat and spend time with her.

I may chat with her about plans for a project that we’d both put energy into that would benefit both of us or just shoot the shit or we may vent about things occurring or offer advice. I may decide that one project fits her better and another project fits someone else better. I might also receive weird cryptic messages at Pantheacon without any context that I can choose to accept or ignore, depending on my level of trust: 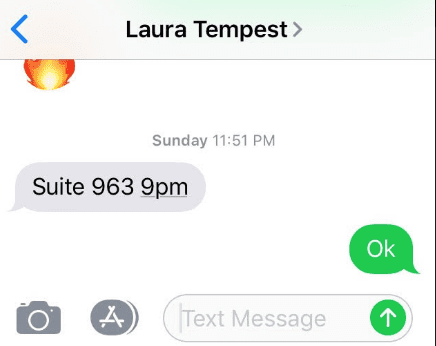 Which can lead to otherworldly experiences where she’s in a different form providing an ecstatic experience such as dancing to her husband Nathaniel Johnstone playing the violin.

Writing this, it feels like I’m bragging about being friends with Tempest, which is totally something brag-worthy. But I could easily use any of my personal relationships with people to illustrate the point, though it’s easier to do with someone who’s a public figure for privacy reasons. Everything about how I interact with Tempest and how we exchange with one another parallels my interactions with the gods and how I work with them. So if we define worship as “the feeling or expression of reverence and adoration for a deity” and not “submitting to a higher power in prostration.” Then our friendship is absolutely one of worship, working with, and exchange. So a lot of it has to deal with how we’re defining words.

Laura Tempest Zakroff on Art, Movement, and Magick
My Gods Are Wild And Alive
What Does A Goddess Truly Look Like?

Gods & Spirits Are Not Correspondences
Deity As A River
Astral Projection, Witchcraft, Spirits, and Psychic Abilities 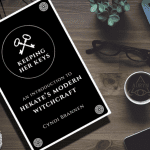 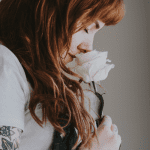 February 23, 2019 What Marie Kondo Can Teach Witches About The Shadow
Recent Comments
0 | Leave a Comment
"This makes me love jack-o-lanterns even more."
Anonymous Jack-O’-Lanterns and the Devil
Browse Our Archives
Related posts from For Puck's Sake